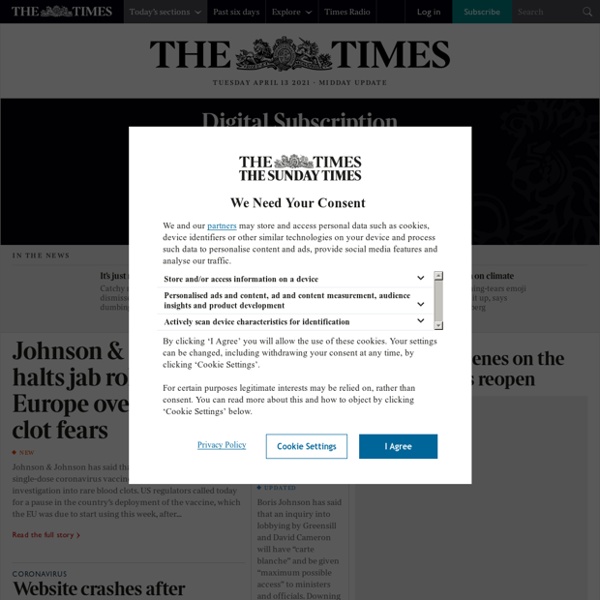 People Maria Miller is still an MP and the poor people of Basingstoke are lumbered with her Selfies Like most people, Sunday People columnist Carol McGiffin had not forgotten the expenses scandals, but had kind of moved on - now it has all come flooding back Home BBC News Home Top Stories Trump to drop Iran deal, Macron says France's leader admits he may have failed to persuade his US counterpart to stick to the 2015 accord. Related content Job Interview Tips - Interview Tips and Advice Job interviewing never seems to get any easier - even when you have gone on more interviews than you can count. You are meeting new people, selling yourself and your skills, and often getting the third degree about what you know or don't know. Here are job interview tips to help prepare you to interview effectively. Proper preparation which help alleviate some of the stress involved in job interviews and the more you prepare, the more comfortable you will be interviewing. Job Interview Tips Practice Practice answering interview questions and practice your responses to the typical job interview questions and answers most employers ask.

Seen At 11: Real Life ‘Superheroes’ Take Matters Into Their Own Hands Donning Homemade Protective Gear, Costumes They Work To Protect Gotham May 9, 2013 11:40 PM From our newsroom to your inbox weekday mornings at 9AM. Sign Up NEW YORK (CBS 2) — By day they are just like everybody else, but by night a group of real life “superheroes” patrols the streets of New York City, avenging crime by taking matters into their own hands. Members of the New York Superheroes go by names like “Snipe,” “Spyder,” “Dark Guardian,” and “Spector,” names that could have been pulled straight from the pages of a comic book, and they take their commitment to doing good very seriously. “We’re New Yorkers. Mail Online Anthony Owen, 68, was found unconscious 20 yards from his home, next to his white Honda civic, which was still running Witnesses reported seeing three youths on BMX bikes cycling away from Mr Owen's home on millionaires' row in Hale Village, near Liverpool By James Tozer Published: 19:45 GMT, 20 March 2012 | Updated: 18:02 GMT, 21 March 2012 Head injuries: Anthony Owen died a week after being found unconscious just 20 yards from his home

Presentation hints and tips Here are some presentation tips to make your presentation fly. Write it down Write down your speech, but try not to read from it. If you have written it down - you will be able to pick it back up again if you dry up. Put it on tape When you practise your presentation, do it with a tape recorder or with a video recorder and then play it back to find out which bits sound weak.