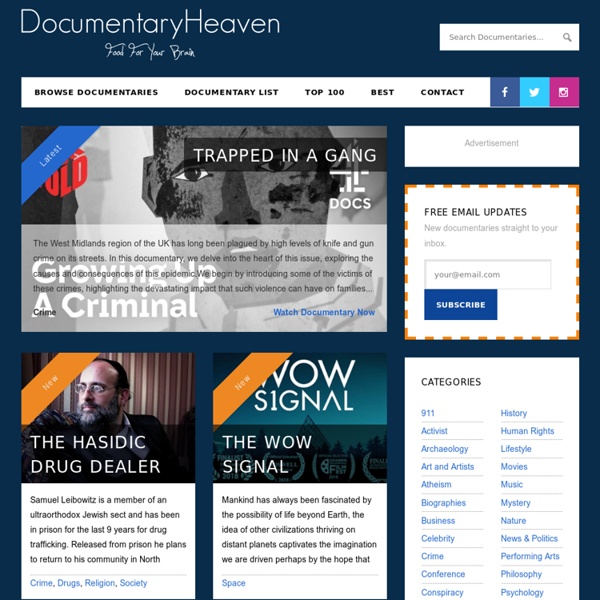 How to get film-based lessons right Have you ever shown films to your class, or considered setting up a film club? Daryn Simon, Head of History at Ysgol Bryn Alyn, and Beatrix Clark of Into Film share some advice. Why show films in the classroom? Using film in the classroom is particularly effective in developing children's literacy skills. 900-Year-Old Viking Message Solved! Photo by Jonas Nordby via forskning.no For the past several years researchers have been trying to crack a Viking rune alphabet known as Jötunvillur, a perplexing code dating back to the 11th or 12th century that’s been found in some 80 inscriptions including the scratched piece of wood found above. Recently runologist (!) Jonas Nordby from the University of Oslo managed to crack the code and discovered the secret message etched into this particular 900-year-old object reads “Kiss me.” Via Medievalists.net:

Packaged Pleasures: How Technology and Marketing Revolutionized Desire, by Gary S. Cross and Robert N. Proctor Isabelle Szmigin on how ‘pleasure engineers’ have affected our physical and social well-being Although it is implied throughout, it is in this book’s final chapters that Gary Cross and Robert Proctor present its principal argument: the packaged pleasures that have brought us convenience and enjoyment come at a significant cost to our physical and social well-being. These costs include obesity caused by highly calorific sweets and convenience foods, smoking-related illnesses, and a somewhat less easy to identify loss of sociability engendered by packaged images (cinema and television), recorded music and even funfairs. So-called pleasure engineers have enhanced the sensations of food, sound, pictures and rides and in so doing are responsible for the loss of social interaction. We would prefer to spend time listening to our MP3 players, contend the authors, than exploring the beauty of the countryside. Packaged Pleasures: How Technology and Marketing Revolutionized Desire

SCIENCE FICTION TECHNOLOGY TERMS The following items are found in science fiction literature as technologies useful in authoring a plausible setting for a sci-fi story: PROPULSION: Faster Than Light Drive (FTL) is required for stories about star based exploits. Twentieth century rocketry is limited to activities in the Solar System.

ESL Intermediate/Advanced Level Online Games and Activities ESL Powerpoint (PPT) Games If you are the type of person who prefers to have games on powerpoint or as printable handouts, we have been thinking of you. We offer board games, powerpoint games and more for the classroom and one to one teaching. They have made my lessons fun and I have no doubt yours will be fun too. Added to the good news are the templates we offer that you can use to create customized games for your classroom and teaching.

l.php?u= How can teachers of English create learning material with streaming services? Melissa Thomson, a British Council teacher and trainer based in Bilbao, describes her top six approaches. Last year I asked my teenage learners to list the five places they were most likely to encounter English online, and the top answer was Netflix. Over 37 per cent of the world's internet users subscribe to Netflix, a streaming service for movies and television series. Almost everyone I know is a user of media-streaming services. That includes friends, family, colleagues and my learners.

Completely Useless, Yet Interesting, Facts Collection This is a web site of all the useless facts, cool trivia, and interesting information that have been collected from various sources over the past few years. True to its name, most of the facts are useless, but many of them may actually help you in the future. Random Facts Giraffes are the only animals born with horns. Future Thinkers Podcast Latest Posts » Future Thinkers Podcast Podcast: Play in new window | Download Many of us are societally conditioned to follow a certain life script: go to school, get a degree, go into debt, get a corporate job, get married, buy a house, go into more debt, be unhealthy, retire, do some things you’ve always wanted to do, and then die. Of course, there is nothing wrong with having this life path if that is what you truly want, but many people end up conforming to it even if that isn’t their idea of a perfect life. On the other hand, there is a growing number of people who are going against this status quo and writing their own life script. Call them digital nomads, location independent entrepreneurs, or lifestyle designers – people who make their living online, often running their own businesses, while travelling the world. This is not backpacking: these are people in their 20s, 30s, and 40s who are building successful businesses and leveraging their location to do so.

Lushprojects.com - www.lushprojects.com - Circuit Simulator This electronic circuit simulator is highly interactive giving the feeling of playing with real components. It's very helpful for experimentation and visualization. Best of all, thanks to the power of HTML5, no plug-ins are required! EFL Interactive Grammar Quizzes Printable & PPT Games - Click Here! If you are the type of person who prefers to have games on powerpoint or as printable handouts, we have been thinking of you. We offer board games, powerpoint games and more for the classroom and one to one teaching. They have made my lessons fun and I have no doubt yours will be fun too.