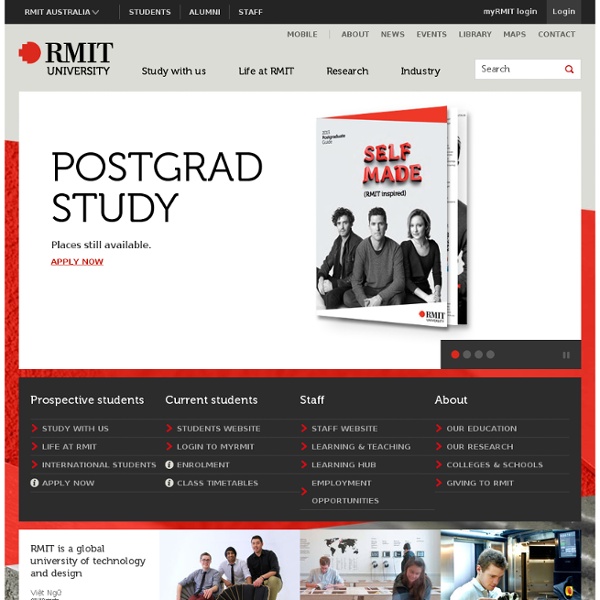 Fashion Design & Dressmaking Interested in starting a career in fashion design? Or maybe you would like to learn the skills of dressmaking so you can create clothes for your friends, family or partner? Whatever your goal, our Fashion Design & Dressmaking course is the perfect way to get started. Dr Chris McGrath - School of Geography, Planning and Environmental Management - The University of Queensland, Australia Position Senior Lecturer (Environmental Regulation) Contact Room: 35-423 Phone: 334-67405 Email: chris.mcgrath@uq.edu.au Website: Environmental Law Publishing Bachelor of Design in Fashion and Textiles All students at UTS pay tuition fees to contribute towards the cost of their studies. In 2014 all offers made to domestic undergraduate students will be for Commonwealth Supported Places (CSP), which means that the Australian government makes a substantial contribution towards the cost of your education, and you pay the balance through student contributions. The amount you pay depends on your area of study and the number of credit points (cp) in which you enrol.

Nocookies You have cookies turned off To use this website, cookies must be enabled in your browser. To enable cookies, follow the instructions for your browser below. TAFE NSW - Textiles, clothing, footwear and furnishings This sector is responsible for the production of a wide range of apparel and household products. If you wear it, sit on it or walk on it, then it has been made by businesses in this sector. Increasing competition from imports and rapidly changing consumer tastes and fashions have reshaped the way the clothing and furnishings are produced. Innovative strategies have been adopted, focusing on sophisticated design, supply, marketing and branding. There are opportunities for workers with specialist skills in machining, upholstery, patternmaking and the like.

Swinburne staff warned of job cuts as universities' COVID-19 woes grow "As a result of COVID-19, Monash has faced its largest annual reductions in revenue in the university’s history, and it is likely that next year will be worse," vice-chancellor Margaret Gardner said. Staff at Monash are being urged to sign up to a union-negotiated framework involving temporary pay cuts of up to 15 per cent to avoid widespread job losses. Swinburne vice-chancellor Professor Linda Kristjanson told staff the university had “initiated consultation on voluntary redundancies” but could not rule out forced redundancies. Related Article “There is a possibility that involuntary redundancies may be required in coming months to meet the changing environment we are now facing, including significantly reduced student numbers and less capital investment,” Professor Kristjanson said in an all-staff email on Tuesday. Swinburne projects a deficit of $51 million this year, followed by further losses totalling $101 million in 2021 and 2022.

Course : Courses and Units This course is offered at other Australian locations as part of the Australian Polytechnic Network. Please see below for further information. Offerings 2014 -> UC Bruce Campus - External Government briefing to allay universities' fears over foreign veto laws adds to uncertainty Australian universities could get the green light to strike deals with international counterparts under the Morrison government’s new foreign veto laws, only to have the agreements ripped up years down the track because “foreign policy considerations are not static”. As concerns grow within the higher education sector about the reach of a proposed bill giving Canberra the power to cancel international deals, Guardian Australia has learned that the Department of Foreign Affairs and Trade (Dfat) attempted to allay those concerns at a briefing for universities last week. University representatives raised fears at the briefing that the new laws could have a “chilling effect” on international research collaboration – given that Australia’s foreign affairs minister could initially allow an agreement to enter into force, only to veto at a later stage.

The Fashion Design Studio The Fashion Design Studio has produced some of the best designers in the Australian Fashion Industry. Maintaining close ties with many of them, current students are encouraged to complete their work placement with some of these industry leaders to gain greater insights into the competitive world of fashion. With graduates spanning from designers, fashion editors, stylist and artists, there is no doubting the many success stories that have come out of the Fashion design Studio, Sydney Institute TAFE, Ultimo. Universities accused of 'sham contracting' as wage scandal in Australia's higher education sector deepens - ABC News The wage theft scandal that has engulfed the tertiary sector this year is now moving to the Federal Court, with the National Tertiary Education Union and four former staff members pursuing private university JMC Academy. Key points: Unions are accusing the Sydney-based university of "sham contracting", a trend they says is increasing in the sector JMC is the latest university to be accused of wage theft after an ABC investigation exposed what some say is higher education's "dirty secret"A newly released union survey found wage theft to be widespread, with 78 per cent of respondents claiming one form of underpayment The Sydney-based university, which specialises in creative fields, is facing back pay and penalty requests for what lawyers say are "serious contraventions" of the Fair Work Act. In one case, the lawsuit seeks unpaid superannuation going back 18 years.

The Fashion Design Studio The Fashion Design Studio has long been regarded as the eminent Fashion Design College in Australia. It is rated amongst the top fashion schools worldwide and is a member of the International Foundation of Fashion Technology Institutes. With a reputation spanning decades, it continues to produce graduates with highly developed creative and technical skills in both the Fashion and Textile & Print Design disciplines.