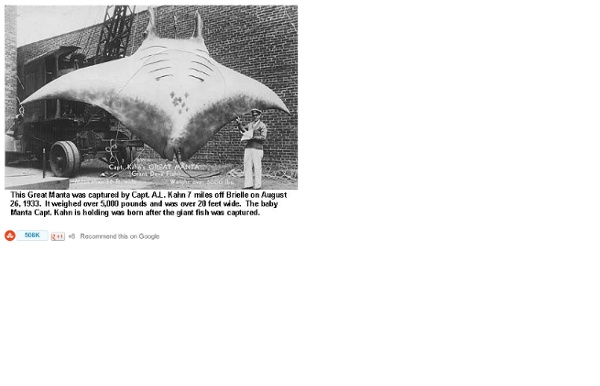 Carpet Shark Eats Bamboo Shark Photograph courtesy Tom Mannering A shark has been caught on camera making a meal of another shark along Australia's Great Barrier Reef. Released earlier this month, the pictures show a tasseled wobbegong halfway through swallowing a brownbanded bamboo shark. Daniela Ceccarelli and David Williamson, from Australian Research Council's Centre of Excellence for Coral Reef Studies, chanced on the spectacle while conducting a fish census on the fringing reef off Great Keppel Island. "The first thing that caught my eye was the almost translucent white of the bamboo shark," Ceccarelli said in an email. "It became clear that the head of the bamboo shark was hidden in its mouth," she said. Previous analyses of the shark species' stomach contents had shown that wobbegongs do eat other sharks. "I doubt that this is the first time such a thing has been seen," said Ceccarelli, who added that she does think this is the first published photograph of a wobbegong swallowing another shark. —Helen Scales

THE CORONATION OF HER MAJESTY QUEEN ELIZABETH - PART 1 The Coronation of Queen Elizabeth II at Westminster Abbey, London. Various dawn shots of Buckingham Palace, the lights go out on the Mall, Tower Bridge is silhouetted in the sunrise. Brief shot of Coronation Arches. Several shots of the large crowds of people that have camped out overnight on the streets, some are asleep others are looking cold and are wrapped in blankets. C/U of small child sitting down eating a sandwich, while a woman powders her nose, a woman drinks tea from cup, while a road sweeper cleans the road. M/S of Royal Trumpeters beginning fanfare. SV. Elevated, State Coach approaching N.E. corner Parliament Green. The ceremony begins. M/S of Queen approaching Chair of Estate. SV. LV.

Shoal of Hammerhead Sharks Random photo Submit your photo Stumble Thru animal photography Tags: shark underwater a shoal of hammerhead sharks by alexander safonov 102 887 views Rating: +7 underwater life of poda island, thailand sea lion swim through a tunnel of fish ringed tubularia, the underwater pink flowers the woman who swims with sharks Place your ad here Loading... About OneBigPhoto is your daily dose of high quality photos. 2686 photos uploaded Important stuff Top rated Top galleries Submit photo Privacy policy Wallpaper Contact us Connect with us Search Some rights reserved. ©2013 OneBigPhoto.com Wall Art Some amazing things are happening in Lisbon; this wall is just incredible, and Sam3 is getting in on the action too. Of course, Blu's bloated corporate figure sucking the world dry is very topical. Update: the eyes of the fat corporate guy are suspended from the roof, so move in the wind. so good. See more Blu + more Os Gémeos. artists: Blu + Os Gémeoslocation: Lisbon via Os Gémeos' blog

Shark Threat Display Threat display of a grey reef shark. The postures become more exaggerated as the danger perceived by the shark increases. Shark threat display, a type of agonistic display, is a behaviour observed in some sharks when they feel threatened or protective. It consists of a contorting of the body into a series of "ritualized" postures coupled with an exaggerated swimming style. It is most frequently observed in the grey reef shark (Carcharhinus amblyrhynchos), although it has been seen in other sharks. When threatened, the grey reef shark lifts its snout, holds its pectoral fins stiffly downwards, arches its back and holds its tail sideways.

Cyclops Shark & Other Cryptic Creatures In this world of Photoshop and online scams, it pays to have a hearty dose of skepticism at reports of something strange — including an albino fetal shark with one eye smack in the middle of its nose like a Cyclops. But the Cyclops shark, sliced from the belly of a pregnant mama dusky shark caught by a commercial fisherman in the Gulf of California earlier this summer, is by all reports the real thing. Shark researchers have examined the preserved creature and found that its single eye is made of functional optical tissue, they said last week. "This is extremely rare," shark expert Felipe Galvan Magana of Mexico's Centro Interdisciplinario de Ciencias del Mar told the Pisces Fleet Sportfishing blog in July. Pisces Fleet, a sportfishing company, rocketed the Cyclops shark to viral status online this summer with their photos of the creepy-cute creature. Cyclops shark The Cyclops shark is an exception. View gallery Lair of the kraken? Den of the Yeti

Great white sharks back in Red Triangle Scientists are all but running giddily into the surf with fancy new gadgetry as the annual migration of great white sharks hits full swing along the Pacific coast and reports flood in about finned beasts lurking in shallow waters. The ferocious predators have returned to their feeding grounds in the so-called Red Triangle, an area roughly between Monterey Bay, the Farallon Islands and Bodega Head, but sharks have been spotted all along the coast, including a 20-footer seen last weekend next to Moss Landing Harbor. The appearance of the great whites could not come at a better time for researchers, who recently deployed a new robotic device that can identify and track the movements of sharks and other fish equipped with acoustic monitoring devices. The new robot, called the Wave Glider, is a solar-powered device with a satellite hookup developed by Sunnyvale's Liquid Robotics. Monitoring program Some of the northeastern Pacific adults also hang out near Guadalupe Island in Mexico.

That's one bad fish: Real-life Jaws scenario By Daily Mail Reporter Published: 12:30 GMT, 24 October 2012 | Updated: 18:39 GMT, 24 October 2012 These terrifying pictures show the moment a photographer was circled by a hungry shark - for two hours. Brave Sam Cahir refused to panic during the real-life Jaws scenario - getting in the water with his camera to capture these incredible shots. Australian Sam had been taking part in a Great White tagging trip when he found himself face-to-face with the deadly predator off the Neptune Islands, South Australia. Tough customer: This bad-tempered shortfin Mako shark circled a photographer's boat for two hours and only left after filling up on bait which was thrown into the water The Shortfin Mako shark - which have been known to attack humans eventually left after eating tuna baits thrown into the water. Sam said: 'The Mako made some menacing passes. 'It was a once in a lifetime opportunity. Sam said: 'When I saw the shark I couldn't get in the water fast enough to get some pictures.

Mysterious Sharks Seen For First Time in Australia Shark biologists have announced the discovery of two sharks never seen before in Australian waters. Mandarin dogfish, Cirrhigaleus barbifer (OpenCage.info / CC BY-SA 2.5) “The rare sharks were caught off Rottnest Island two years ago at a depth of 1410 feet (430 m) by local recreational fisherman Steve Downs,” explained Dr Ryan Kempster, biologist with the University of Western Australia’s Oceans Institute. Mr Downs gave the sharks to a group of researchers at the Oceans the University of Western Australia. “After two years of thorough investigation which included DNA sequencing, the sharks were identified as mandarin dogfish (Cirrhigaleus barbifer), a species never before seen in Australia,” Dr Kempster said. “This species was known previously to be found only between Indonesia and Japan, and also New Zealand.” It’s not known why the sharks were found so far from their normal habitat. “Previously, it was thought that the maximum number of pups for this species was 10,” he said.

Fisherman Finds 2-Headed Bull Shark When a fisherman caught a bull shark recently off the Florida Keys, he came across an unlikely surprise: One of the shark's live fetuses had two heads. The fisherman kept the odd specimen, and shared it with scientists, who described it in a study published online today (March 25) in the Journal of Fish Biology. It's one of the very few examples of a two-headed shark ever recorded — there about six instances in published reports — and the first time this has been seen in a bull shark, said Michael Wagner, a study co-author and researcher at Michigan State University. Technically called "axial bifurcation," the deformity is a result of the embryo beginning to split into two separate organisms, or twins, but doing so incompletely, Wagner told OurAmazingPlanet. It's a very rare mutation that occurs across different animals, including humans. "Halfway through the process of forming twins, the embryo stops dividing," he said. A radiograph of the two-headed shark.

Moose-eating shark rescued by Canadians Two quick-thinking men on Newfoundland's northeast coast managed to save a Greenland shark from choking to death on a large piece of moose hide this past weekend. Derrick Chaulk said he was driving down a road by the harbour in Norris Arm North this past Saturday when he saw what he thought was a beached whale. When Chaulk went closer to investigate, he realized it was a shark, which he estimated was about 2.5 metres long, and weighed about 115 kg. The animal was still alive and had a large chunk of moose hide protruding from its mouth. Two-part rescue effort Chaulk said another local man, Jeremy Ball, arrived on the scene and starting pulling on the moose chunk. Jeremy Ball of Norris Arm North, N.L., moves the beached shark into deeper water. "A couple yanks and it just came right out." The two men then set about getting the shark back in the water. Ball tied a rope around the shark's tail, and Chaulk got ready to push. Chaulk said the shark lay in about 30 cm of water for a few minutes.

America’s health craze for fish oil is wiping out the world’s rarest shark Another day, another round of headlines about China’s butchering of rare species. Today’s bloodbath bulletin concerns whale sharks, which feed on plankton and can grow up to 40 feet (12 meters)—about the length of four station wagons. The shark is so vulnerable to extinction that most countries forbid fishermen from catching them. That’s not stopping a factory in China’s Zhejiang province from slaughtering 600 whale sharks per year, according to Hong Kong-based conservation group WildLifeRisk. The factory pays up to 200,000 yuan ($31,000) per whale shark (pdf), as WLR reports, and there’s now a global network of fishing boats that will sell them to the factory that WLR investigated. Why? ​ WildLifeRisk The plant exports at least 300 tons (272 tonnes) a year in oil leached from the livers of whale, blue and basking sharks, the manager, Li Guang, told WLR in this video (it’s not clear he was aware that he was being recorded).