Journalism worth paying for 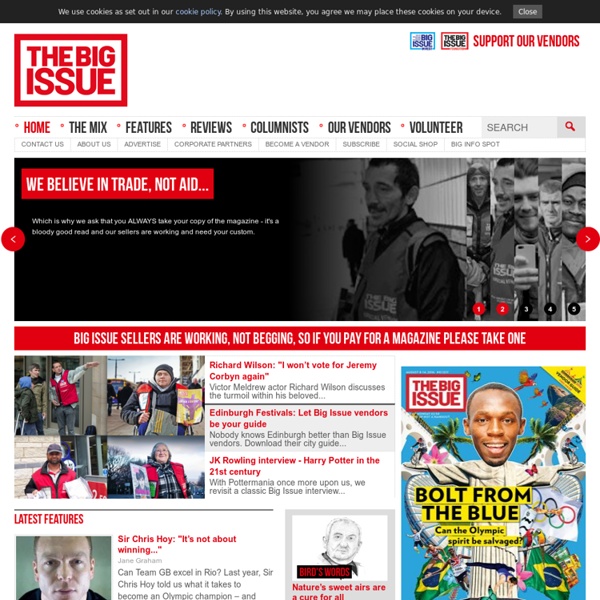 JohnPilger.com - the films and journalism of John Pilger Razor-thin TV screen you can wear as a T-shirt Last updated at 08:55 27 May 2007 In the race for ever thinner displays for TVs, cell phones and other gadgets, Sony may have developed one to beat them all - a razor-thin display that bends like paper while showing full-colour video. Sony Corporation posted video of the new 2.5 inch display on its' web page. In the video, a hand squeezes the 0.3 millimetre (0.01 inch)-thick display, which shows color video of a bicyclist stuntman, a picturesque lake and other images. Scroll down for more...{3} Sony will present the research and video at an academic symposium in Long Beach, California, for the Society for Information Display this week, the Japanese electronics and entertainment company said. The display combines Sony's organic thin film transistor, or TFT, technology, which is required to make flexible displays, with another kind of technology called organic electroluminescent display, it said. Sony said plans for a commercial product using the technology were still undecided.

Solidaarisuus Who we are The International Solidarity Foundation (ISF) is an expe­rienced Finnish development cooperation organization which implements development cooperation projects in Nicaragua, Uganda, Somaliland and Kenya. We have three main goals: to promote gender equality, to create sustainable and decent work and livelihood and to strengthen civil societies. The values that guide our work are solidarity, equality, equity and participation. Through long-term projects, we aim at improving the living conditions of the poorest people. In all projects, ISF encourages women to participate in the development of their communities. ISF is a partner of the Finnish Partnership Agreement Scheme funded by the Ministry for Foreign Affairs of Finland. Contact us » What we do Our projects are based on the needs of the local communities and the people who benefit from them always take part in the process. Promoting gender equality Gender equality is actively promoted in all our development cooperation.

The Royal Society for Public Health Ship of Fools Twitter followers &#039;can be bought&#039; Twitter users who lack an audience for their messages can now buy followers. Australian social media marketing company uSocial is offering a paid service that finds followers for users of the micro-blogging service. Followers are available in blocks starting at $87 (£53) for 1,000. The biggest block uSocial is selling is 100,000 people. USocial said businesses and individuals were queuing up to use its follower finding service. Find and follow Leon Hill, chief executive of uSocial, said the company finds potential followers by searching Twitter and working out what individual users are interested in. USocial then sends messages to potential followers telling them about the new Twitter user they might want to follow. "It's up to the user to follow them or not," said Mr Hill. USocial has about 150 customers that had bought followers and had another 80-90 campaigns about to roll out. "A woman who runs yoga classes is one of our clients," he said. "It's an excellent marketing medium," he said.

Child mortality falls by 50% since 1990 - report Child mortality has fallen by more than 50% since 1990, a report by the World Health Organization and UN children's agency Unicef says. It says that 25 years ago 12.7 million children under five died, but this year the figure is projected to drop below six million for the first time. But aid agencies warn that huge challenges remain. They point out that the UN target of reducing child mortality by two-thirds between 1990 and 2015 will not be met. The rate fell by 53% over this period, the report says. Stark inequality "We have to acknowledge tremendous global progress," said Unicef's deputy executive director Geeta Rao Gupta. "But the far too large number of children still dying from preventable causes before their fifth birthday... should impel us to redouble our efforts to do what we know needs to be done". Lowest and highest rates of child deaths The report says that 16,000 children under the age of five still die every day.

Welcome | Action on Smoking and Health Democracy Now! Who Owns Your Tweets – Twitter, Or You? Consider this, if you will: I decide to write a book through Twitter, 140 characters at a time. Moroever, I do this stream-of-consciousness style, and just let it all flow out. I keep no backup. I write my book, tweet after tweet after tweet. Soon, thousands and thousands of my words are in the system. For their own reasons, Twitter decides I’ve done something wrong, and suspends my account. What are my legal rights? In Twitter’s terms of service, under a section called, “Copyright (What’s Yours is Yours)”, they state: We claim no intellectual property rights over the material you provide to the Twitter service. That’s fine, but under “General Conditions”, they also say: We reserve the right, in accordance with any applicable laws, to refuse service to anyone for any reason at any time. We’ve seen this happen before with accounts such as the fake Christopher Walken.

Why are Iranian husbands standing up for their wives? Image copyright My Stealthy Freedom Husbands in Iran are taking pictures of themselves declaring their commitment to female equality - and thousands are sharing their messages on Facebook. Niloufar Ardalan captains Iran's indoor women's football team - her nickname is "Lady Goal". Earlier this month she was due to represent her country at a match in Malaysia, but was unable to attend - because, according to an interview she gave to Iranian media, her husband said she wasn't allowed. The standard marriage contract signed by all newlyweds in Iran allows the husband to decide whether his wife can travel abroad, where the family will live, whether she can go to work, and whether she can ask for a divorce. But husbands can choose to waive the provisions of the marriage contract, and now, inspired by Ardalan's story, dozens of Iranian men who've done just that are sharing pictures on social media to advocate gender equality. Blog by Sam Judah Image copyright Weibo / Bai Yiyan Vina