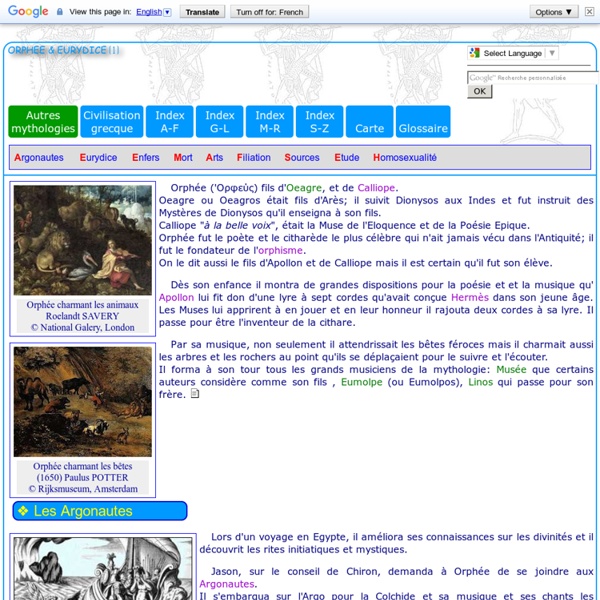 MY-TIME-MACHINES Pokémon Easter Eggs Project Euler Lackadaisy Expressions Boy, I didn't know what I was getting myself into when I started this. I've had requests for some sort of expressions tutorial dating back a while now, so I figured, "Sure! I can explain expression drawing...and it'll be way better than all those tutorials out there that are nothing but charts of generic expressions. Um. Anyway, I found all I could really do was try to explain ways to teach yourself...and then add some pictures.

Quantum Entanglement Tossing a pebble into a pond creates ripples that travel from where the pebble landed to the edge of the pond. The ripples are also called waves. Another way to make waves is with a long rope. If you swing your arm up and down while holding the rope (as in Figure 2.1), you can see waves start from your hand and disappear off the end; moving the rope faster makes more waves. Figure 2.1. Waves have three important properties: frequency, amplitude, and wavelength. Frequency This is the number of waves that happen over time. Figure 2.2. Amplitude This is the height of a wave. Figure 2.3. Wavelength This is the distance between the top of one wave to the top of the next. Figure 2.4. Experiment You can play with frequency and amplitude using your voice. Place two fingers against your throat.Start humming a single note.Change the pitch of your hums (from ohhhh to eeeee).Change how loud you hum. Interference Figure 2.5. Constructive Waves Figure 2.6. Destructive Waves Figure 2.7. Waves and Light

Rauchersalon - Steampunk, Dieselpunk und Neo-Victorian in Deutschland Kinegrams You can make your own new kinegram animations if you are a skillful user of a computer drawing or painting application. This explains the general principles of making kingegram animations, and then gives detailed instructions for users of Adobe Illustrator. Review: What is a Kinegram? A kinegram has two parts: (1) an underlying picture with a complicated striped pattern and (2) an overlay of alternating solid and clear stripes on a sheet of clear plastic. The kinegrams found on toys use a "lenticular sheet" or "lenticular screen" instead of a striped overlay. Principles of Making Kinegram Animations Step 1: Decide what to animate. It's best to use bright, bold, high-contrast images with no small details. Step 2: Set your parameters. Decide on the animation cycle length: how many frames per cycle. Step 3: Make an overlay printed on clear plastic, bigger than the image, with alternating horizontal solid and clear (transparent) stripes. Step 4: Make the animation. For a 12 frame animation: Files

Jumping Out of the Canvas Artist Shaka (Marchal Mithouard) has explored a wide range of art techniques such as painting, sculpting, graffiti, photography, tattooing, and more. His work is refreshing to see because of the way he combines two-dimensional imagery with three-dimensional forms. Top: Photo © Prescription Art. Photo © Shaka. Photo © Marie Aschehoug Clauteaux. Top: Photo © VitoStreet. The artist Shaka sitting in front of his painting. Artwork © Shaka Link via Juxtapoz

Squaring the circle Squaring the circle: the areas of this square and this circle are equal. In 1882, it was proven that this figure cannot be constructed in a finite number of steps with an idealized compass and straightedge. Some apparent partial solutions gave false hope for a long time. In this figure, the shaded figure is the Lune of Hippocrates. Its area is equal to the area of the triangle ABC (found by Hippocrates of Chios). In 1882, the task was proven to be impossible, as a consequence of the Lindemann–Weierstrass theorem which proves that pi (π) is a transcendental, rather than an algebraic irrational number; that is, it is not the root of any polynomial with rational coefficients. The expression "squaring the circle" is sometimes used as a metaphor for trying to do the impossible.[1] The term quadrature of the circle is sometimes used synonymously or may refer to approximate or numerical methods for finding the area of a circle. History[edit] Impossibility[edit] Claims of circle squaring[edit]

Islam Guide: Life After Death Muslims believe that the present life is a trial in preparation for the next realm of existence. When a Muslim dies, he or she is washed and wrapped in a clean, white cloth (usually by a family member) and buried after a special prayer, preferably the same day. Muslims consider this a final service that they can do for their relatives and an opportunity to remember that their own existence here on earth is brief. The question of whether there is life after death does not fall under the jurisdiction of science, as science is concerned only with classification and analysis of sense data. Moreover, man has been busy with scientific inquiries and research, in the modern sense of the term, only for the last few centuries, while he has been familiar with the concept of life after death since time immemorial. All the Prophets of God called their people to worship God and to believe in life after death. Did they realize the truth through perceptual consciousness? (Quran, 36:78-81) (Quran, 28:61)