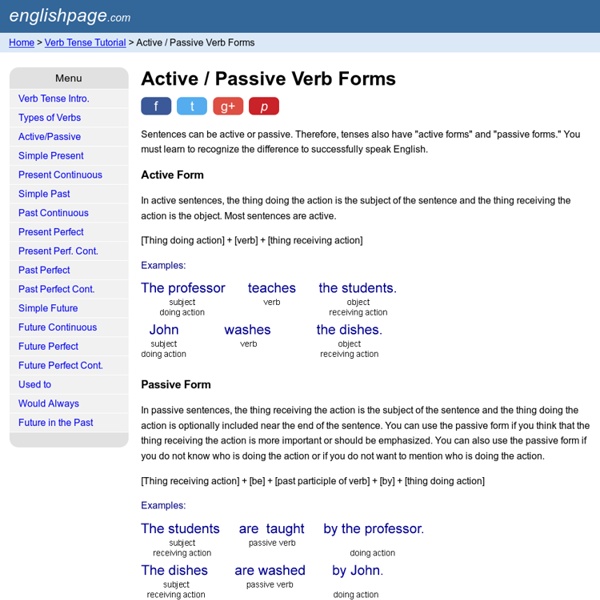 English Grammar Explanations - Future tenses There are several different ways in English that you can talk about the future. This page is an introduction to the most important ones: - Predictions/statements of fact - Intentions - Arrangements - Scheduled events Predictions/statements of fact The auxiliary verb will is used in making predictions or simple statements of fact about the future. The sun will rise at 6.30 tomorrow. Intentions The auxiliary verb going to is used in talking about intentions. We're going to buy a new car next month. Note: going to is often used in the past tense to talk about an unfulfilled intention. Arrangements The present continuous tense is used in talking about arrangements. I'm meeting my mother at the airport tomorrow.Our grandparents are visiting us this Christmas.Sorry, I can't stay after school today; I'm playing tennis with Jun-Sik.My sister's going to the dentist tomorrow.I'm not returning home for the holidays, so I can come to your party after all! Scheduled events Hurry up! More future tenses.