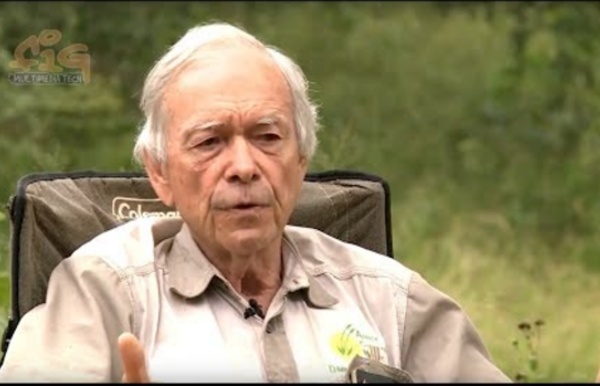 Rare Plant Profiles The plant profiles presented on this website are proposed or listed as threatened or endangered (TEP) by the U.S. Fish and Wildlife Service, under the Endangered Species Act (ESA), or if not listed, are ranked as Critically Imperiled by NatureServe. Each of these plants is known to currently exist in at least one location on national forests or national grasslands. The groups that have been exempted from getting the vaccine: THIS WILL ASTOUND YOU White House employees, Pfizer and Johnson and Johnson employees, illegal invaders, Chinese students, homeless people and many more. Why? Keep in mind they can not exempt you NOR MAKE YOU TAKE THIS SHIT. Source: 3am Lowdown.

Gardening with hydrogen peroxide - Mixing Charts If you want to start gardening with hydrogen peroxide, you need to know how much peroxide to use. Here are charts to tell you how much. Learn about using hydrogen peroxide in the garden. The Biggest American Companies Now Owned by the Chinese On Friday, Starwood Hotels agreed to be acquired by Anbang, a Chinese insurance company that is rapidly buying up U.S. hotels, for over $13 billion. Marriott, which had previously made a deal to buy Starwood, is reportedly considering a counter bid. But it’s unlikely that Marriott will be able win a bidding war with the Chinese insurer, which was originally bankrolled by state-owned enterprises and has a war chest of cash filled up by Chinese investors eager for returns. If it goes through, the Starwood (HOT) deal would be the largest acquisition ever of a U.S. company by a Chinese firm. Recently, Chinese firms have been on a buying spree.

11 Mega Reasons Why Hydrogen Peroxide For Plants Is A Must Is your garden looking less than perfect? Have your plants got mold growth and fungus? As a gardener, it is really frustrating to see these problems cropping up in your backyard. And it is even more frustrating when store bought chemicals or even natural home remedies fail to help. But there is another way. Using this clear liquid on your plants might seem unusual but the evidence shows it is excellent for plant roots, treating fungus, getting rid of mold and even dealing with gnats. Urbanization: 95% Of The World's Population Lives On 10% Of The Land A new global map released by the European Commission's Joint Research Centre and published in the World Bank’s World Development Report 2009, measures urbanisation from the new perspective of Travel Time to 8,500 Major Cities. The map fills an important gap in our understanding of economic, physical and even social connectivity. In the absence of agreement on the meaning of "urbanisation", the European Commission and the World Bank are proposing a new definition based on a unique mapping of “Accessibility” called the Agglomeration Index. Key findings suggest that: Leen Hordijk, Director of the Institute for Environment and Sustainability of the EC's Joint Research Centre, whose scientists prepared the new map, commented: "We have risen to the challenge of combining various information sources with the latest mapping technologies to produce a unique and timely product for the World Bank.

Tricyrtis - Perennial Toad Lilies for the Woodland Garden Introduction to Tricyrtis Tricyrtis (toad lilies) is a shade-loving perennial in the lily family whose small but beautiful and intricately designed orchid-like flowers stop people in their tracks. When looking for woodland garden plants that flower after the spring season, tricyrtis head a very short list. We urge our readers to stop by the garden on our Open Nursery and Garden Days to see our extensive collection or check out our web site to see our current offerings of this exotic plant. Tricyrtis Background The name tricyrtis comes from the Greek "tri" (three) and "kyrtos" (swelling, arched, bulging or humped) which refers to the 3 sack-like nectaries at the base of the tepals.

The ‘SPARS PANDEMIC 2025-2028’ Simulation Details A New Coronavirus PLANdemic That Will Follow COVID-19 What is the ‘SPARS Pandemic 2025 – 2028’ Simulation? The “SPARS Pandemic 2025 – 2028 – A Futuristic Scenario for Public Health Risk Communicators” (back-up here) was a simulation at The Johns Hopkins University, back in October of 2017. And we all know by now what happens to simulations – they become real. It mentions a new virus that will infect mankind in 2025, and it will last until 2028. According to the World Bank, COVID-19 (SARS-CoV-2) is a “project” that is planned to continue until the end of March 2025.

Food Supply Reality – Shepherds Heart This article is dedicated to my faithful patrons who make my writings possible. Welcome to my 45 new patrons! The best way to support my work is through Patreon or PayPal or purchase my new book: Electromagnetic Radiation Protection Solutions God's Marvelous Protective Provisions for the coming Nuclear and Cosmic Superstorm CRISIS 2017, this is only a portion of the harvest New study allows brain and artificial neurons to link up over the web Brain functions are made possible by circuits of spiking neurons, connected together by microscopic, but highly complex links called synapses. In this new study, published in the scientific journal Nature Scientific Reports, the scientists created a hybrid neural network where biological and artificial neurons in different parts of the world were able to communicate with each other over the internet through a hub of artificial synapses made using cutting-edge nanotechnology. This is the first time the three components have come together in a unified network.

Sativum Sativa, sativus, and sativum are Latin botanical adjectives meaning cultivated, used to designate certain seed-grown domestic crops.[1] Sativa (ending in -a) is the feminine form of the adjective, but masculine (-us) and neuter (-um) endings are also used to agree with the gender of the nouns they modify. For example, the masculine Crocus sativus and neuter Pisum sativum.

The Disappearing Male First up, alligators are a poor example to use, because the sex of an alligator is determined by the ambient temperature at the time it was incubating in the egg, not by genes or hormones. From Wikipedia, "The nests built on levees are warmer and thus produce males while the cooler nests of wet marsh produce females." If there are more intersexed alligators around, it's probably because their enviroment has been disturbed, forcing them to nest in less suitable places where the ambient temperature isn't in the right range for normal male or female development. More importantly as far as human male development is concerned, while I'm not saying that chemicals in the environment can't cause problems, there's a massive source of fetal exposure to endocrine disrupting chemicals that nobody's talking about: pharmaceutical hormones. I think that doctor-prescribed medicines are the actual cause of most of the problems that are being blamed on environmental EDCs.

Vanilla Planifolia Orchid Plant Vanilla beans grow from a particular species of orchid called Vanilla planifolia. In fact, vanilla beans are the only edible fruit produced from an orchid plant. Fresh vanilla bean and its pure extracts can be quite expensive. Growing them at home can be more than a novelty, but a cost-saving challenge for the ambitious gardener.