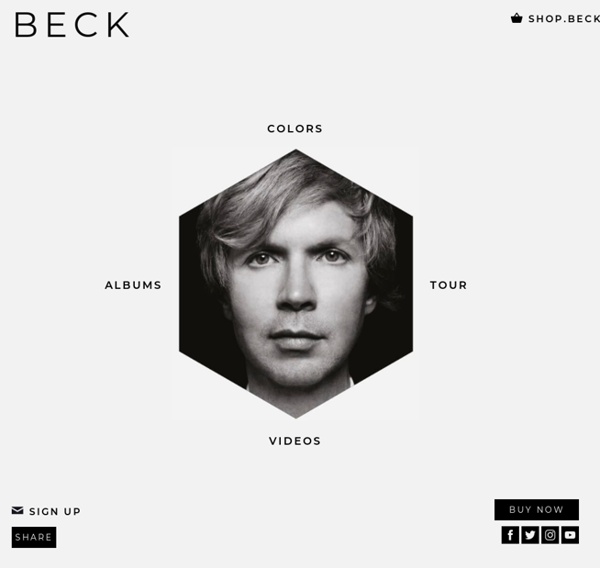 Asthmatic Kitty Records Sufjan Stevens is a singer-songwriter currently living in Brooklyn, NY. A preoccupation with epic concepts has motivated two state records (Michigan & Illinois), a collection of sacred and biblical songs (Seven Swans), an electronic album for the animals of the Chinese zodiac (Enjoy Your Rabbit), two Christmas box sets (Songs for Christmas, vol. 1-5 and Silver & Gold, vol. 6-10), and a programmatic tone poem for the Brooklyn-Queens Expressway (The BQE). His most recent records are from 2010: an expansive EP (All Delighted People) and the full length The Age of Adz, a collection of songs partly inspired by the outsider artist Royal Robertson.

Rock Candy Rock Candy is the extensive collection of the best tunes of EarthBound music 100% entirely created by fans. Great musical artists have spoken their talent through this music showing an undying admiration for this great game. This is the birth of the collection that was previously released years ago under the same name. The re-release contains many of the same songs (from years ago), but there are some TOTALLY NEW SONGS added to these albums (that's right there are 4 FULL albums ready to release). Now, the entire series is all fan-made so no Nintendo hands have touched this! This is one great feat among many in a great community of dedicated fans.

SoundBlog ♫ Karlheinz&#039; Song of Praise Karlheinz's Song of Praise february 12, 2008. [ podcast :: sbpc 18 ... When Cosmo of the parisian free Radio Aligre FM's Songs of Praise asked me if I would contribute to a special edition of their fine program, in tribute of Karlheinz Stockhausen (who, as you will remember, passed away early december 2007) of course I was happy to oblige. And it was because of Songs of Praise's request that it occurred to me that, being the compulsive archivist that I am, I might still have filed away somewhere the original audio cassette that I used to record the interview with Stockhausen that Martijn Padding and I did for the dutch Vinyl Magazine ( * ), on the occasion of a five week period that Stockhausen and his band (pretty much literally) took over the Royal Conservatory in the Hague (the Netherlands), twenty five years ago, in 1982 ... Happily I did manage to dig out the Stockhausen tape from my Amsterdam archives, complete and unabridged.

The Beatles All-New Editions of The Beatles 1 Pair Beautifully Restored Promotional Films and Videos with Brand New Stereo and Surround Audio Mixes Beatles 1+ Deluxe Edition Celebrates the Sight & Sound of The Beatles in 50 Films & Videos London – September 15, 2015After The Beatles stopped touring, and because travelling around the globe to promote new releases was impossible, the band increasingly made what could be described as “mini movies”. These pioneering promotional films and videos helped to define the way we have come to watch music, not least because The Beatles approached filming with the same ease and innovative spirit they brought to the recording studio, exploring new creative possibilities with infectious delight. Showcasing the band’s filmed work to accompany their 27 No.1, U.K. and U.S. singles, The Beatles 1 is newly restored and expanded in multiple configurations for global release on November 6 by Apple Corps Ltd/UMG. It’s The Beatles, as you’ve never seen them before.

the music of sound I’ve had three different threads of ideas crossover in different ways today – all related, but from different angles… In reverse order, this from Marc at Disquiet made me smile: I’m very sure you could do the exact same with film scores – in fact it is the curse of the temp score. With the film I recently scored, One Thousand Ropes, I was blessed that the director did not want a temp score at all – he was happy to edit without music until such time as original music was available. Comparatively I worked on a film (as sound designer) a few years back where the temp score was so good the music editors had basically made it impossible for the poor composer to do better, borrowing from 50+ years of iconic film scores to pastiche a genius but irrepalceable score. So in some ways these are the extremes of references wth film scores, from zero(ish) to infinity!

The Ricardo Christoff Apparatus Hey Young World! Buck 65 and D-Sisive are teaming up - as The Ricardo Christoff Apparatus - for a project called 100 Story Building. But we need your help to make it work… Max Ochs Now based in Severna Park, Maryland, Ochs continues to perform, write and record songs in an early folk and blues tradition. He was the curator of the folk music series at 333 Coffeehouse in Annapolis for over a decade. Discography[edit]