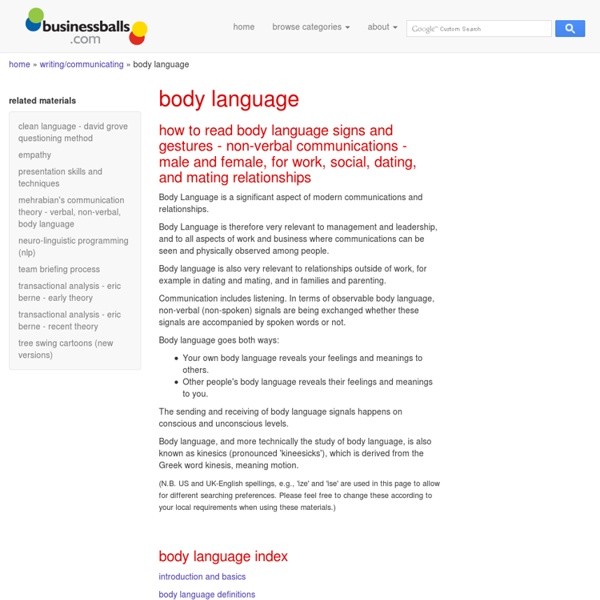 How to Detect Lies: 25 steps Matchmaker and Dating Expert This article was co-authored by Maria Avgitidis. Maria Avgitidis is the CEO & Matchmaker of Agape Match, a matchmaking service based out of New York City. For over a decade, she has successfully combined four generations of family matchmaking tradition with modern relationship psychology and search techniques to ensure her professional clientele are introduced to their ultimate match. Maria and Agape Match have been featured in The New York Times, The Financial Times, Fast Company, CNN, Esquire, Elle, Reuters, Vice, and Thrillist. Co-authors: 252 Updated: June 4, 2020 Views: 4,240,713 Article SummaryX To detect if someone is lying, watch to see if they touch their nose or cover their mouth while they're talking, which could be a sign that they're not telling the truth. Did this summary help you?

Gain Self-Insight Through Abstract Thinking How to see yourself as others do: experiments suggest alternative to flawed intuitive technique. You and I can talk, we can reach out and touch each other on the arm and we can see each other, but we can never know exactly what’s going on in the other’s head. It’s partly why psychological science is so hard and it’s why understanding how we are viewed by others is so hard. Research shows that we normally try to work out how others see us by thinking about how we view ourselves, then extrapolating from that. The problem with this approach is that to varying degrees we all suffer from an ‘egocentric bias’: because we’re locked inside our own heads, we find it difficult to see ourselves objectively. Think abstract In a new study published in Psychological Science, Eyal and Epley (2010) recommend using abstract thinking to get a better view of ourselves, as seen by others. People trying to put themselves in the other person’s shoes were awful at the task. Zoom out Image credit: David Guimarães

Body language Body language is significant to communication and relationships. It is relevant to management and leadership in business and also in places where it can be observed by many people. It can also be relevant to some outside of the workplace. It is commonly helpful in dating, mating, in family settings, and parenting. Although body language is non-verbal or non-spoken, it can reveal much about your feelings and meaning to others and how others reveal their feelings toward you. Body language signals happen on both a conscious and unconscious level.[1] Understanding[edit] A study in body language. Body language signals may have a goal other than communication. Physical expression[edit] Physical expressions like waving, pointing, touching and slouching are all forms of nonverbal communication. A chess player in deep concentration . Some people use and understand body language differently. Prevalence of non-verbal communication in humans[edit] Proxemics[edit] Introduced by Edward T. See also[edit]

Eric Berne's Transactional Analysis parent adult child model, theory and history article This webpage is a new format for mobile/small screens. Please send your feedback if it fails to operate well. Thanks. Eric Berne's Transactional Analysis - early TA history and theory Transactional Analysis is one of the most accessible theories of modern psychology. roots of transactional analysis Throughout history, and from all standpoints: philosophy, medical science, religion; people have believed that each man and woman has a multiple nature. In the early 20th century, Sigmund Freud first established that the human psyche is multi-faceted, and that each of us has warring factions in our subconscious. In 1951 Dr Wilder Penfield began a series of scientific experiments. Penfield's experiments went on over several years, and resulted in wide acceptance of the following conclusions: The human brain acts like a tape recorder, and whilst we may 'forget' experiences, the brain still has them recorded. early transactional analysis theory and model Parent Adult Child In other words: parent adult

Using Body Language Techniques > Using Body Language Message clusters | Core patterns | Parts-of-body language | Other notes | See also Body language is an important part of communication which can constitute 50% or more of what we are communicating. If you wish to communicate well, then it makes sense to understand how you can (and cannot) use your body to say what you mean. Message clusters Body language comes in clusters of signals and postures, depending on the internal emotions and mental states. Aggressive Body Language: Showing physical threat. Core patterns A number of core patterns in body language can be identified that include clusters of movements: Crossing, Expanding, Moving away, Moving forward, Opening, Preening, Repeating, Shaping, Striking and Touching Parts-of-the-body language You can send signals with individual parts of the body as well as in concert. Other notes 5 Cs of Body Language: How to effectively understand body language. See also

Persuasion: The Third-Person Effect Why people think they are less influenced than others by adverts and persuasive messages. One of the most intriguing things about the psychology of persuasion is how many people say that persuasion attempts have little or no effect on them. Other people, oh sure, adverts, work on them. But not you and I, we’re too clever for that. Attractive woman holding a bottle of beer? Hah! Would we? Persuasive experiments So pervasive is this feeling that only ‘other’ people are influenced by things like adverts that many studies have explored the idea, with an initial surge in the 1980s and 90s. Typically these studies first got participants to watch an advert, read a newspaper article or other medium containing a persuasive message. What they found, in study after study, was that participants thought others would be influenced by the message, but that they themselves would remain unaffected. Third-person effect Take back control The third-person effect, though, goes in the other direction.

Body Language Basics Summary - Syncrat Publishing Throughout history it has been an advantage if an individual can read body language. Body language helps in everyday life from closing a business deal or trusting someone with your life, to recognising when someone is upset. Body language is the art of making an educated guess at a person’s feelings or intentions based on their posture, movement and positioning. To understand a person’s body language you need to take into account more than one aspect of their body language. Take tears for example. Each action or stance in the following list means very little, unless there is more than one indicating the same thing. Arms Feet Head Chest Other