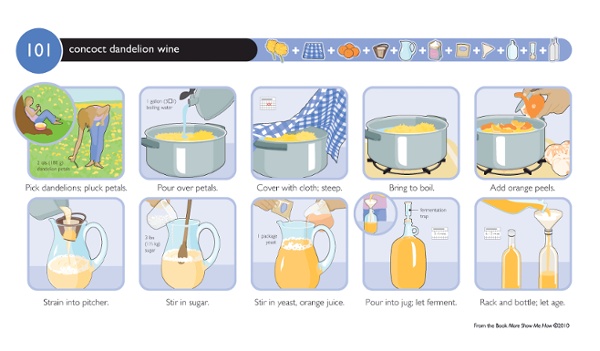 Hilarious anonymous notes left on neighbours' doors By Daily Mail Reporter Updated: 07:53 GMT, 14 February 2012 It is the unfortunate reality of tightly-packed apartment blocks and high rises: the annoying neighbour. But now disgruntled residents are fighting back - in the most passive-aggressive way imaginable. Hilarious anonymous notes complaining about neighbours' thieving ways, defecating dogs, discarded cigarettes or loud music have been uploaded to the website HappyPlace.com. How to Make Caramel Apple Shots Photo: Michelle Oddis Once in a while, a party trick comes along that grabs our attention. Food blogger Michelle Oddis of That's So Michelle loves making caramel apple shots we can't imagine anyone would turn down. Using, wait for it, real fruit and time-tested formulas for tasty, jiggly shots that stay put in their edible "shotglasses," Michelle's gotten Food Republic on the gimmicky Halloween bandwagon we've been resisting so fiercely.

Know Your Network, Lesson 2: Understanding Your Router’s Admin Page They are unique when they leave the factory, the first 6 characters specify the vendor, the last 6 specify the device, but if you go under the properties of the network adapter there's an option to specify the MAC. It's normally labeled something like Network Address, Physical Address, Locally Administered Address, etc. Wireless adapters are a little harder with Vista/Win7, but there are third-party programs that will do it for you.

Perfect Iced Coffee Iced coffee is my life. When I wake up, often around the time party animals on the west coast are just heading home, I start each day not with a cup of freshly brewed hot java, but with a tall, blessed glass of creamy iced coffee in a glass. I’ve been an iced coffee freakazoid for years and years. To say I couldn’t live without it is an understatement. It gives me the tools I need to cope. Blog May 27th, 2012 Lace inserts are a popular denim DIY this summer. Usually done with white lace and light denim I wanted to mix it up and try it with black! Brave New Worldview – 30 Science Fiction Films of the 21st Century - Row Three A decade into the 21st Century and we have arrived at the future. The promise of Tomorrow. But instead we have looming energy crises, endless middle east conflict and more disappointing, we have no flying cars, Heck, for all the bright and clean future promised in 2001: A Space Odyssey, none of the real companies used as brands in the film even exist anymore.

7 Videogame Cocktail Recipes From The Drunken Moogle See more videogame recipes at The Drunken Moogle. And submit your own drink recipe to the Dorkly Facebook page for consideration! Metroid (Metroid Cocktail) Ingredients:1/2 shot Bacardi Big Apple Rum1/2 shot Coconut Rum1/2 glass Kiwi Strawberry Minute Maid (or Kool-Aid)A little less than 1/2 a glass Sprite3 Strawberries Directions: Shake the two rums and Kiwi Strawberry Minute Maid and pour into a lowball glass. 25 Handmade Gifts Under $5 If your gift list is long and your budget is small here are some great Handmade Gifts that you can make. Keep in mind that handmade items are not just beautiful but special… As seen by the Germans : As seen by the Germans : As seen by the French : As seen by the Italians : As seen by the Americans : - StumbleUpon A Thoughtful Look at Men and Women SHE DRIVES FOR A RELATIONSHIP. HE'S LOST IN THE TRANSMISSION By DAVE BARRY CONTRARY to what many women believe, it's fairly easy to develop a long-term, stable, intimate, and mutually fulfilling relationship with a guy. Of course this guy has to be a Labrador retriever. With human guys, it's extremely difficult. This is because guys don't really grasp what women mean by the term relationship.