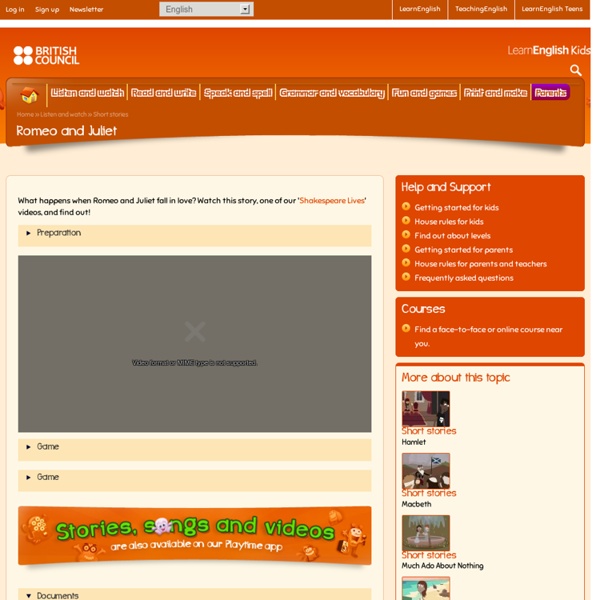 11 Essay Phrases to Outlaw - WeAreTeachers - WriteToLearn Classroom Poster: Phrases to Outlaw in Students' Writing Ask any teacher who has ever spent every single minute of a beautiful weekend grading student essays and he or she will tell you this: In the garden that is student writing, certain “weeds” pop up again and again, and yes, again. Every year, teachers work hard to eradicate these should-be-outlawed phrases, yet still they persist. So we decided to make a list of the worst offenders. We asked middle- and high-school teachers: “What are the phrases in student writing that make you cringe, wail, and gnash your teeth?” Shakespeare grave scan shows playwright's skull was 'probably' stolen, archaeologists say A team of archaeologists has claimed that William Shakespeare's skull was "probably" stolen from its final resting place in his hometown of Stratford-upon-Avon, England. The conclusion brings new credence to a long-discredited claim that the skull was stolen from the playwright's grave by trophy hunters in 1794. "We came across this very odd, strange thing at the head end," lead archaeologist Kevin Colls, of Staffordshire University, told The Guardian.

Kate Chopin: "Desiree's Baby" Desiree's Baby As the day was pleasant, Madame Valmonde drove over to L'Abri to see Desiree and the baby. It made her laugh to think of Desiree with a baby. Why, it seemed but yesterday that Desiree was little more than a baby herself; when Monsieur in riding through the gateway of Valmonde had found her lying asleep in the shadow of the big stone pillar. The little one awoke in his arms and began to cry for "Dada."

Commas in English, English comma rules - Writing English The main rule for the use of commas in English is: Keep your sentences clear. Too many commas might be distracting; too few might make the text difficult to read and understand. Always check your texts on readability. This requires some practice, however, as first you must know which commas are necessary and which are optional. The following chapters contain explanations on English comma rules. Are Shakespeare's works written in Old English? Are Shakespeare's works written in Old English? Shakespeare's complex sentence structures and use of now obsolete words lead many students to think they are reading Old or Middle English. In fact, Shakespeare's works are written in Early Modern English. Once you see a text of Old or Middle English you'll really appreciate how easy Shakespeare is to understand (well, relatively speaking). Take, for example, this passage from the most famous of all Old English works, Beowulf:

The Grapes of Wrath by John Steinbeck Set during the Great Depression of the 1930s, John Steinbeck’s novel The Grapes of Wrath tells the story of the Joads, a family of tenant farmers driven from their Oklahoma home by the Dust Bowl and related financial hardship. Along with thousands of other "Okies," they migrate along Route 66 to California in search of jobs and opportunities. The novel explores themes of poverty, discrimination, social justice, and sacrifice. Top 10 Best Football Managers in the World Who are the best football managers? Managing a football team requires a diverse array of talents and a substantial knowledge of the game. As well as being tactically astute, managers should be able to work individually with players to motivate and discipline them. Their instructions need to be communicated effectively, and they must anticipate the physical and psychological condition of their players. Of special importance is a manager's ability to make intelligent substitutions and tactical changes during matches. As a prerequisite, managers need to earn the respect of their players by leading them competently.

Shakespeare's grave could be missing his skull, according to radar survey It may read 'cursed be he that moves my bones' on William Shakespeare's tombstone. But experts have concluded that it is possible the Bard's skull was stolen by trophy hunters over 200 years ago. Archaeologists using ground-penetrating radar (GPR) were able to look beneath the surface of what is widely thought to be the writer's grave - but they discovered 'an odd disturbance at the head end'.

Peter Viney's Blog Written & Directed by Tate Taylor From the novel by Kathryn Stockett L to R: Aibileen, Minny, Skeeter, Hilly Emma Stone … SkeeterViola Davis … Aibileen Octavia Spencer … Minny Bryce Dallas Howard … HillyJessica Chastain – Celia Our small town cinema had queues outside, was virtually full on a cold Monday (400 +), the audience was 80-90% female, and it got loud clapping over the credits … very rare in Britain. Viola Davis was widely expected to walk the Golden Globe for her portrayal of Aibileen, but lost at the end to Meryl Streep. 91 Ways to Respond to Literature undefined undefined 91 Ways to Respond to a Book 1.WRITE THE STORY IN THE BOOK FROM A DIFFERENT POINT OF VIEW.

A story often dismissed as wild fiction, that 18th-century grave robbers stole Shakespeare’s skull, appears to be true, archaeologists have said. The first archaeological investigation of Shakespeare’s grave at Holy Trinity church in Stratford-on-Avon has been carried out for a documentary to be broadcast by Channel 4 on Saturday. The most striking conclusion is that Shakespeare’s head appears to be missing and that the skull was probably stolen from what is a shallow grave by trophy hunters. Kevin Colls, the archaeologist who led the team, said the grave was not as they had expected. “We came across this very odd, strange thing at the head end. Charles Dickens Charles Dickens (1812-1870), English Victorian era author wrote numerous highly acclaimed novels including his most autobiographical David Copperfield (1848-1850); “Whether I shall turn out to be the hero of my own life, or whether that station will be held by anybody else, these pages must show. To begin my life with the beginning of my life, I record that I was born (as I have been informed and believe) on a Friday, at twelve o'clock at night.

The Language of Shakespeare Language Links | Home The most striking feature of Shakespeare is his command of language. It is all the more astounding when one not only considers Shakespeare's sparse formal education but the curriculum of the day. There were no dictionaries; the first such lexical work for speakers of English was compiled by schoolmaster Robert Cawdrey as A Table Alphabeticall in 1604. Although certain grammatical treatises were published in Shakespeare's day, organized grammar texts would not appear until the 1700s. Shakespeare as a youth would have no more systematically studied his own language than any educated man of the period.