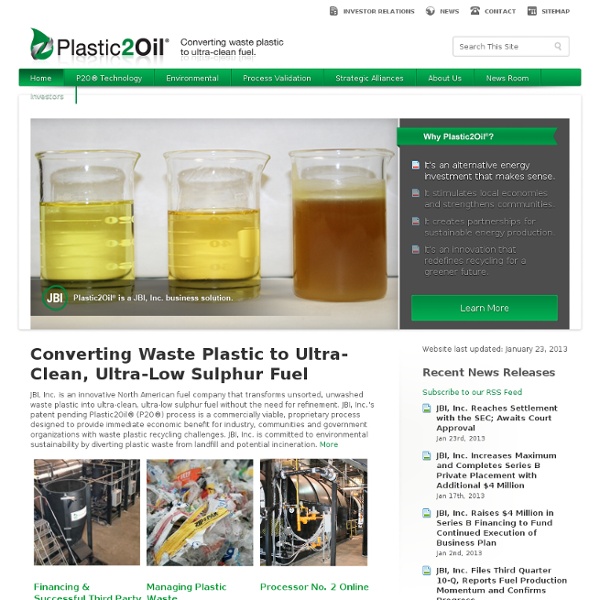 The Plastic Bank - Harvesting Waste Plastic to Reduce Poverty Thank you for helping us reach our goal. Our first campaign is over but another one will be coming soon. Please go to to join the Social Plastic movement. We are Leading the Social Plastic Movement! When we reveal value in plastic, it becomes too valuable to throw away and too valuable to leave sitting on a beach or in the ocean. We are proudly leading the Social Plastic movement and we invite you to join the movement with your contributions. Our Solution to Reduce Poverty & Waste Plastic World Wide The Plastic Bank is setting up plastic repurposing centers around the world, where there’s an abundance of both waste plastic and poverty. We are helping people ascend from poverty by rewarding them for removing plastic waste from the land, oceans and waterways. With your help people in need around the world will have the opportunity to collect enough plastic waste to ascend from poverty. Did We Mention We Can Recycle ANY Kind of Mixed Plastic Simply put. Dr. Dr.

NOAA's Marine Debris Blog | Keepin' the Sea Free of Debris! | Page 2 By: Nancy Wallace, Marine Debris Program Director Last month, six high school students from California visited Rikuzentakata, a city in Japan’s Iwate Prefecture that was nearly destroyed three years ago today by a massive earthquake and tsunami. On the agenda was a visit to Takata High School and its 20-foot boat, now home again after several years and a long voyage across the Pacific Ocean. The boat, which Takata High School used for marine science lessons, washed away during the tsunami and landed in Crescent City, California in April 2013. This tremendous story – a bright spot in an on-going human tragedy – is about friendship, cooperation, and bonds across an enormous ocean. Where are we now? On these major commemorative days, we’re often asked the big questions. Debris from the tsunami is still washing ashore in the United States, but the amount is less than what we saw in previous years. As to whether or not this is what we expected, it’s safe to say yes – for the most part.

Treehugger - From trash to treasure: Could non-recycled plastic be turned into a low-carbon fuel? As part of our efforts to diversify our energy sources, it's great to see the surge in interest and development of renewable energies such as solar and wind power, and innovations in tidal and wave power, but to really be able to reduce our use of fossil fuels, we might need to also explore some of our other options, such as using materials extracted from our waste streams as fuel. One emerging technology is working toward converting some of the non-marketable post-consumer plastics into a solid low-carbon fuel. While recycling of some plastics back into other materials makes sense for closing the loop on plastics a bit, until we can divert all recyclables from the waste stream, using some of it as an alternative fuel may be yet another way we can diversify our energy sources. "Although recycling rates have increased over the last few decades, more than 50% of our waste still ends up in landfills.

Producing solid fuel from non-recyclable agricultural plastics Click on the underlined title to access the document or go back to the Search Results screen to download the PDF version. If you are not an ASABE member or if your employer has not arranged for access to the full-text, Click here for options. Published by the American Society of Agricultural and Biological Engineers, St. Joseph, Michigan www.asabe.org Citation: Applied Engineering in Agriculture. 26(2): 217-223. A plastic-derived fuel production process was developed and has been shown to be effective for non-recyclable plastics that are widely used in agriculture and normally discarded.

Instructables - Plastic Bottle Mosquito Trap Hello dear friends! As some of my followers already know, I live in Bologna (Italy), in the heart of Po river Valley. This area is known as the wettest one of Italy. These factors result in very hot temperatures in summer, very cold ones in winter, an incredibly thick fog but, mostly, giant and aggressive mosquitoes. There is a city, Comacchio (only 55 miles from Bologna), that is known as the "Mosquitoes Town". Obviously is nothing tropical, but it's very annoying! It's really difficult to enjoy summer evenings without using pesticides, sprays or other stinky poisons. While mosquitoes are useful for the ecosystem (did you know that mosquitoes are the main cocoa plants pollinators? In this Instructable, I want to show you an all natural and potentially free way to create an efficent mosquito trap with little more than a plastic bottle! Why potentially free? Ready? Let's start with our shopping list.

Changing World Technologies Changing World Technologies (CWT), a privately held company, was founded in August 1997 by Brian S. Appel, the former Chief Executive Officer of CWT and its subsidiaries. CWT was started primarily to develop and commercialize the thermal depolymerization technology, now referred to by the company as "Thermal Conversion Process" or TCP. The process produces Renewable Diesel Fuel Oil (RDO) from agricultural wastes including Fats Oils and Greases (FOG) Dissolved Air Flotations (DAF), waste greases, offal, animal carcasses and other organic-rich wastes. In developing the technology, CWT has created an impressive portfolio of Intellectual Property (IP) and Trade Secrets to cover the technology and its various applications. In 1998, CWT started a subsidiary, Thermo-Depolymerization Process, LLC (TDP), which developed a demonstration and test plant for the thermal depolymerization technology. Renewable Environmental Solutions, LLC[edit] The plant in Carthage, Missouri opened in May 2004.