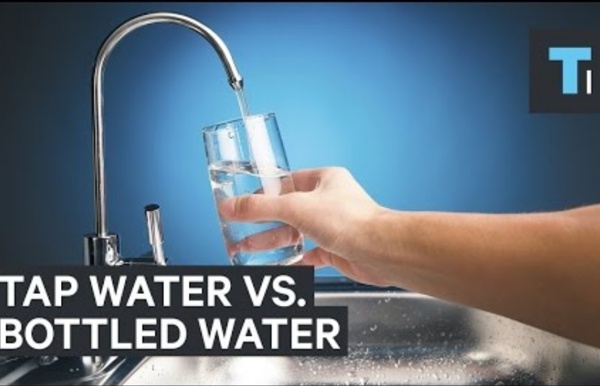 Walnuts impact gut microbiome and improve health Diets rich in nuts, such as walnuts, have been shown to play a role in heart health and in reducing colorectal cancer. According to a new study from the University of Illinois, the way walnuts impact the gut microbiome—the collection of trillions of microbes or bacteria in the gastrointestinal tract—may be behind some of those health benefits. Walnuts are just one in a line foods that contain dietary fiber and have interested scientists for their impact on the microbiome and health. Dietary fiber acts as a food source for gut microbiota, helping the bacteria to do their jobs—breaking down complex foods, providing us nutrients, or helping us feel full, for example. Fruits, vegetables, whole grains, nuts, and legumes are important plant sources of dietary fiber. Eating a variety of these foods helps promote a diverse gut microbiota, which in turn helps to support health.

Medicaid work requirements: Where do they stand after the blue wave? The 2018 midterm elections have dealt a significant setback to President Trump’s agenda in the legislative arena. However, there are still many ways for the Trump administration to keep swinging away at the Affordable Care Act. One particularly effective unilateral instrument is the regulatory process – that is, the implementation of statutory law by executive agencies. This may prove particularly consequential for Medicaid, the health coverage program for those with low incomes or disabilities. One particular area of attention for scholars like me is so-called community engagement or work requirements for Medicaid beneficiaries. These mandates generally require beneficiaries to conduct work-related activities or lose coverage.

How to Pickle Anything (No Canning Necessary) Every year, my garden gets bigger. This year I may have gone a little overboard. I’m harvesting way more produce than I can eat and with all the effort I’ve put in, I would hate to watch my vegetables wither in the fridge. So I’m making pickles—and not just cucumber pickles. You can pickle pretty much any veggie: tomatillos, carrots, okra, beets, peppers, turnips, avocado. Then jazz them up with some seasonings, such as pickling spice, garlic and fresh dill. Weedkiller found in granola and crackers, internal FDA emails show US government scientists have detected a weedkiller linked to cancer in an array of commonly consumed foods, emails obtained through a freedom of information request show. The Food and Drug Administration (FDA) has been testing food samples for residues of glyphosate, the active ingredient in hundreds of widely used herbicide products, for two years, but has not yet released any official results. But the internal documents obtained by the Guardian show the FDA has had trouble finding any food that does not carry traces of the pesticide. “I have brought wheat crackers, granola cereal and corn meal from home and there’s a fair amount in all of them,” FDA chemist Richard Thompson wrote to colleagues in an email last year regarding glyphosate.

How to Avoid Hurting Oneself With a Gluten Free Diet May is Celiac-Disease Awareness Month. Which might seem unnecessary, if the superfluity of “gluten free” labels and advertisements were any indication of people’s awareness of the disease. Gastroenterologist Norelle Rizkalla Reilly believes it’s quite clearly not. She directs the Celiac Disease Center’s pediatric program at Columbia University. Her understanding of public misconceptions comes not just from daily immersion in the world of gluten-related immune disorder, but from a careful analysis of the true window into our souls: our Google histories. Google Search Term Popularity: "Celiac Disease" Versus "Gluten Free"

How to Grow an Endless Supply of Alkalizing, Anti-Inflammatory Ginger, Turmeric and Garlic at Home : The Hearty Soul Republished with permission from naturallivingideas.com. Herbs and spices add flavor to our food. Besides increasing the palatability of otherwise bland foods, they work as digestive aids, the volatile oils in them having a therapeutic action on the digestive system and various other organ systems in the body. Their antimicrobial properties have long earned them an important place in food preservation methods such as drying and pickling. The Best Emergency Preparedness Supplies for 2019: Reviews by Wirecutter The key tools to have on hand for an emergency—everything from an atlas to good duct tape—are also key tools to have on hand for life in general. A common theme that we noticed in this category is that while a great tool can be a genuine joy to use and serve you well for years (if not decades), cheap imitators will waste both your money and your time. Go for the good stuff. —KT Gas shut-off tool

The treasure trove of unique genomes hiding in plain sight Jenn Liv There’s a boxed warning that comes along with Plavix, the anti-blood-clotting drug that hit the market in 1997. If you’re a “poor metabolizer,” it warns, the drug may not be effective for you and might even lead to negative effects. 7 Tips to Make the Most of your Leafy Greens It’s no secret that leafy greens are some of the healthiest foods you can put in your body, but sometimes green newbies are intimidated by all the varieties of greens and the various preparations. Never fear, these seven tips will have you choosing, storing and cooking greens like a superstar. Whether you prefer kale, collards, cabbage, chard, or bok choy, you will find some great tips here from a self-described kale nerd girl. But what’s so great about leafy greens? Oh, let’s count the ways!

How to grow the herb shiso perilla Shiso perilla, better known as shiso in Japanese, tai to in Vietnamese and kkaennip or ggaenip in Korean, is one of those herbs that, if you know of it, you rave about and have myriads of recipes, including one for mojitos. I am experimenting with shiso soda as we speak. To everyone else it’s the herb that looks like nettles you’ll have tasted perhaps as tempura or wrapped around a fancy bit of sushi. But it is far more than a garnish and once you get a taste for it, you may find you want a ready supply, so it makes sense to grow your own. If you don’t fall in love with its taste, you will with its looks. It’s a very handsome plant.