The Best Interview about drugs : Terence McKenna in Mexico 1996 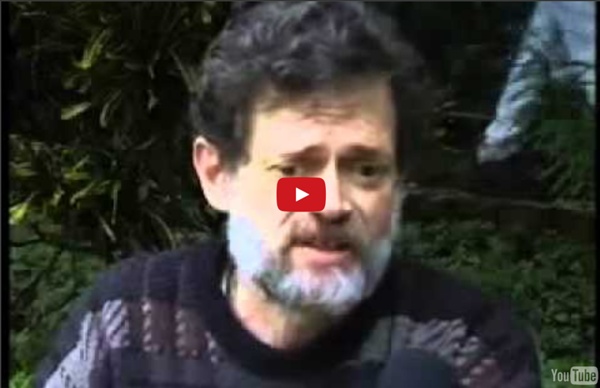 Terence McKenna Vault Terence McKenna was a psychedelic author, explorer, and showman. He was born in 1946 and grew up in Paonia, Colorado. In high school he moved to Los Altos, California, and from there attended U.C. Berkeley for two years before setting off to see the world. In 1975, Terence graduated from Berkeley with a degree in ecology, resource conservation, and shamanism. In 1985, Terence co-founded the non-profit Botanical Dimensions, with Kathleen Harrison-McKenna, to collect and propagate medicinal and shamanic plants from around the world. He spent the last few years of his life living in Hawaii, and died of brain cancer at the age of 53.

| HOT COFFEE, a documentary feature film Psilocybin Advanced Cancer Anxiety Study The primary objective of this double-blind, placebo-controlled pilot study is to assess the efficacy of psilocybin administration (4-phosphoryloxy-N,N-dimethyltryptamine), a serotonergic psychoactive agent, on psychosocial distress, with the specific primary outcome variable being anxiety associated with cancer. Secondary outcome measures will look at the effect of psilocybin on symptoms of pain perception, depression, existential/psychospiritual distress, attitudes towards disease progression and death, quality of life, and spiritual/mystical states of consciousness. In addition, a secondary objective of the study is to determine the feasibility of administering psilocybin to this patient population, with regards to the following issues: safety, patient recruitment, consent for treatment, and retention.

A Chart That Says the War on Drugs Isn't Working The controversial war on drugs not only costs a lot, it has done almost nothing to curb the drug addiction rate since 1970, according to this stunning chart by documentary filmmaker Matt Groff comparing the cost of drug control to the drug addiction rate. Groff used the rate of addiction to illicit drugs from the U.S. Department of Health and Human Services, pairing it with federal drug control budget spending numbers from the International Centre for Science in Drug Policy. Groff, who made the chart for his new documentary on the drug war The 1315 Project, says that it shows the costly war on drugs simply isn't working. As you can see, while the blue illicit drug addiction rate line has remained relatively steady at about 1.3 percent, the green line for drug control spending has skyrocketed. Chart by Matt Groff h/t Reason

Prostitution, porn, and abortion: three sides of the same coin Sept. 25, 2015 (LifeSiteNews) - Never in human history has there been a time in which the buying and selling of human flesh, in one form or another, has been more prevalent. Human trafficking is the fastest growing criminal industry in the world. Pornography depicting the brutalization of women and girls is among the most popular material on the Internet. The first time I fully realized how dehumanizing the “sex trade” is was when I was a teenager, walking through the streets of Amsterdam with a student group from my school to visit the Church of Our Lord in the Attic, a hidden house church from the 1600s. More than 60% of the girls and women who work there report getting sexually assaulted. We have created a commodity culture, with one trend played out over and over again: Objectification leads to dehumanization. The same thing struck me when traveling in Hungary earlier this year. She was very young, and very pretty. Follow Jonathon van Maren on Facebook Dr.