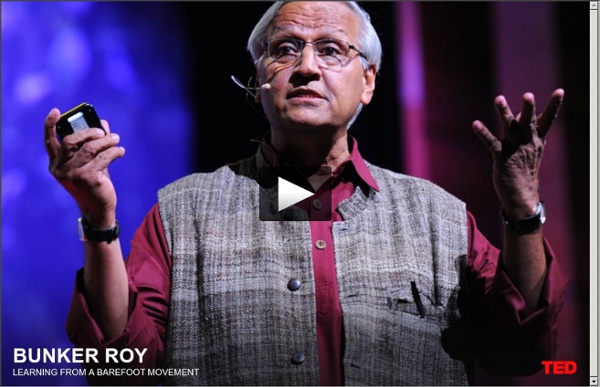 The case for open source appropriate technology Much of the widespread poverty, environmental desecration, and waste of human life seen around the globe could be prevented by known (to humanity as a whole) technologies, many of which are simply not available to those that need it. This lack of access to critical information for sustainable development is directly responsible for a morally and ethically unacceptable level of human suffering and death. A solution to this general problem is the concept of open source appropriate technology or OSAT, which refers to technologies that provide for sustainable development while being designed in the same fashion as free and open source software. OSAT is made up of technologies that are easily and economically utilized from readily available resources by local communities to meet their needs and must meet the boundary conditions set by environmental, cultural, economic, and educational resource constraints of the local community.

Processing - Please Wait. "An Exceptionally Simple Theory of Everything"[1] is a physics preprint proposing a basis for a unified field theory, very often referred to as "E8 Theory,"[2] which attempts to describe all known fundamental interactions in physics and to stand as a possible theory of everything. The paper was posted to the physics arXiv by Antony Garrett Lisi on November 6, 2007, and was not submitted to a peer-reviewed scientific journal.[3] The title is a pun on the algebra used, the Lie algebra of the largest "simple", "exceptional" Lie group, E8. The theory received accolades from a few physicists[citation needed] amid a flurry of media coverage, but also met with widespread skepticism.[4] Scientific American reported in March 2008 that the theory was being "largely but not entirely ignored" by the mainstream physics community, with a few physicists picking up the work to develop it further.[5]

Artificial General Intelligence in Second Life  Virtual worlds are the golden path to achieving Artificial General Intelligence and positive Singularity, Dr Ben Goertzel’s, CEO of Novamente LLC and author of “The Hidden Pattern: A Patternist Philosophy of Mind” explained in his presentation “Artificial General Intelligence in Virtual Worlds” given at the Singularity Summit 2007 earlier this month. According to Goertzel, Singularity is no longer a far future idea. About a year ago Goertzel gave a talk “Ten Years to a Positive Singularity — If We Really, Really Try.” Dimensions Means-oriented vs. Goal-oriented The means-oriented versus goal-oriented dimension is, among the six dimensions, most closely connected with the effectiveness of the organisation. In a means oriented culture the key feature is the way in which work has to be carried out; people identify with the “how”. In a goal-oriented culture employees are primarily out to achieve specific internal goals or results, even if these involve substantial risks; people identify with the “what”. In a very means-oriented culture people perceive themselves as avoiding risks and making only a limited effort in their jobs, while each workday is pretty much the same.

Elementary Particle Explorer Welcome to the Elementary Particle Explorer, designed by Garrett Lisi and Troy Gardner. Every known elementary particle is identified by its charges with respect to the electromagnetic, weak, strong, and gravitational forces. Electrons have electric charge -1, up quarks 2/3, down quarks -1/3, and neutrinos 0, with antiparticles having opposite electric charges. In the Standard Model, as you are about to see, these electric charges are a combination of the particles' hypercharge, Y, and weak charge, W. Facebook vs. Google : future of the Web FORTUNE -- Paul Adams is one of Silicon Valley's most wanted. He's an intellectually minded product designer with square-framed glasses, a thick Irish accent, and a cult following of passionate techies. As one of Google's lead social researchers, he helped dream up the big idea behind the company's new social network, Google+: those flexible circles that let you group friends easily under monikers like "real friends" or "college buddies."

College of Business — GLOBE Project — New Mexico State University Global Leadership and Organizational Behavior Effectiveness (GLOBE) GLOBE is a multi-phase, multi-method research project in which investigators around the world examine the inter-relationships between societal culture, organizational culture, and organizational leadership. The idea of a global research program concerned with leadership and organization practices (form and processes) was conceived by Robert J. House (The Wharton School: University of Pennsylvania) in the summer of 1991. Games Thursday : Filler (Puzzle Game) Filler is a fun little strategy game for those short two to three minute breaks. Developed by Alexander Vikulin back in 1995 for both Windows 3.1 and Windows 95, Filler places two players (human or AI) on different ends (configurable) of a playing area of 1377 hexagons coloured in up to nine different colours (default is 9 colours but the number of colours can be set from 5 to 9). Each player takes turns to select a colour from the colours on the top bar which will then add any adjacent hexagons of that colour to your territory as well as change all hexagons in your territory to the selected colour. Whoever occupies more than 688 hexagons first wins!