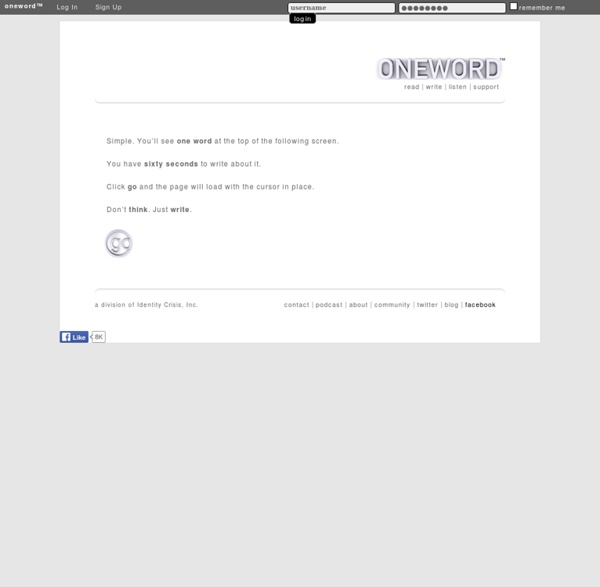 Illustrations Of Unusual And Rarely Spoken Words Recumbentibus—A knockout punch, either verbal or physical. The Irish illustration duo of James and Michael Fizgarald, or also known as The Project Twins, have come up with a series of illustrations that visually represent rarely spoken and heard of words. In their series called ‘A-Z of Unusual Words’, the meaning of the words have been visually defined in the form of a whimsical poster—which can be purchased on their website. Here are some of their ‘informative’ posters: Acersecomic—A Person whose hair has never been cut. Harmartia—The character flaw or error of a tragic hero. Jettatura—The casting of an evil eye Pogonotrophy—The act of cultivating, or growing and grooming, a mustache, beard, sideburns or other facial hair. Ostentiferious—Bring omens or unnatural or supernatural manisfestations. Scripturient—Possessing a violent desire to write. Ultracrepidarian—A person who gives opinions and advice on matters outside of one’s knowledge. Yonderly—Mentally or emotionally distant; absent-minded

Sydney Easter Weekend Dollfie Meet by Moé Moé Rabu Its been way over a month since this event but I finally got around to sifting and editing the photos. Last month I was invited by my dollfie friend Megami to an Easter themed dollfie meetup. Its been a very long time since I went to a dollfie meet, like WAY back in 2007, and I was once again excited about attending one since I am now an owner of my own dollfie. Although I was the only one to own a dollfie dream I’m just glad that my Erika could make some new friends. Hit the jump to check out more photos. Another thing about turning up to this meetis to get me some practice in photographing dollfies on the spot. Since it was Easter, there was also an Easter theme for this meetup and there was a small competition and anyone could enter. The winner was the one with the red hair and black hat. One major difference between a super dollfie and dollfie dream is that a SD can be posed much more easier than a DD. Overall the dollfie meet was great fun. Tags: Dollfies, Photography

Writer’s Digest - Writing Prompts Write a scene that includes a character speaking a different language, speaking in a thick accent, or otherwise speaking in a way that is unintelligibe to the other characters. (Note: You don't necessarily need to know the language the character is speaking—be creative with it!) Describe a character's reaction to something without explaining what it is. Write a story or a scene about one character playing a prank on another. Writing Prompt: Write a story that involves confusion over homonyms (words that have the same spelling but different meanings) or homophones (words that sound the same but are spelled differently). For World Storytelling Day, share the best story you've ever heard or told by word of mouth, or have a fictional character recount their favorite story. You're making your way down a cobbled street when a stocky, red-bearded man beckons you into an alley. Pick an item from each column in the chart to create a simile.

64 Things Every Geek Should Know & Caintech.co.uk If you consider yourself a geek, or aspire to the honor of geekhood, here’s an essential checklist of must-have geek skills. The term ‘geek’, once used to label a circus freak, has morphed in meaning over the years. What was once an unusual profession transferred into a word indicating social awkwardness. As time has gone on, the word has yet again morphed to indicate a new type of individual: someone who is obsessive over one (or more) particular subjects, whether it be science, photography, electronics, computers, media, or any other field. A geek is one who isn’t satisfied knowing only the surface facts, but instead has a visceral desire to learn everything possible about a particular subject. A techie geek is usually one who knows a little about everything, and is thus the person family and friends turn to whenever they have a question. 2. If you rolled your eyes here, that is a good thing. 1. 3. 4. 5. 6. 7. 8. 9.

Blog Archive » Losing the plot, and finding it again ‘I have a great story, but I can’t seem to write it down.’ ‘I want to be a writer but I can never finish anything.’ ‘I’m OK at starting a book, but I get bogged down in the middle.’ I’ve lost count of the times I’ve heard the above from aspiring writers. - keeping control of the story - maintaining pace - holding it all together - finishing It often emerges that the writer has a story but not a plot. A story is not the same as a plot: A plot is the plan or structure you use to tell your story effectively. Both planners and pantsers need to plot. The more complex the story, the more carefully you need to plot: A linear story with a single thread may be relatively easy to plot. Each plot thread should make sense in itself and interweave with the others, not only convincingly, but in the most effective way for this kind of book. You can’t build the Opera House without a blueprint: Your plan needs to be written down. Colour-coding is useful. Keep a hold on story time: Voice is part of plotting:

Riddles and answers What Runs Around the Yard What runs around the yard without moving? <p>A fence.</p> Has Teeth But Can’t Bite What has teeth but can’t bite? <p>A comb. A comb. Look In My Face Look in my face and I am someone, Look in my back I am no one. What am I? <p>A mirror. A mirror. Word Pronounced Incorrectly What 11-letter word does everyone pronounce incorrectly? <p>The word &#8220;incorrectly&#8221;. More Than a Few Nothing specific, but more than a few. <p>Bunch. Bunch. By Sef Daystrom Never Goes Airborne It never goes airborne, yet, still, it may land. <p>A punch. Not a Bird Though Feathered It’s not a bird, though feathered, and it has a mobile nest. <p>An arrow. An arrow. Slayer of Regrets Slayer of regrets old and new, sought by many, found by few. <p>Redemption. Redemption. Split Itself What can split itself before splitting something else? <p>Lightning. Lightning. A Blade of Jagged Cut Has a blade of jagged cut. <p>A key. A key.

Health Discoveries Magazine: Updated Health Headlines that Matter to You - Home English 50 Exercises for Story Writers English 50 – Intro to Creative Writing: Exercises for Story Writers Basic Theory: What is a short story? As soon as someone delivers a definition, some good writer will write a story that proves the theory wrong. Short stories have a narrator; that is, someone tells the story; have at least one character in them; have some action occur (or perhaps fails to occur); take place somewhere; that is, there is a setting for the action; and someone either learns something or fails to learn something (theme).With these five characteristics in mind, we can create an almost endless supply of exercises to help sharpen our techniques of story telling. Narrative Voice Twenty or so years ago, voice was the "rite of passage" into a successful writing career. Nevertheless, a narrative voice that sounds like it could be anyone's voice or is bland and boring, or riddled with pointless clichés will fail to capture and hold the reader's attention. If you've written a story in third person, try it in first.

DramaCrazy.net - Discuss Asian Drama | Read Fan Reviews | Download Wallpapers | Watch Drama Author and Publisher Giving Poem Starters and Creative Writing Ideas Enter your e-mail to get the e-book for FREE. We'll also keep you informed about interesting website news. "I have searched the web and used different worksheets, but none have come close to your worksheets and descriptions of (what to do and what not to do). Both courses I have taken have with Creative Writing Now have been amazing. Each time I have learned something new. "As usual - I already love the course on Irresistible Fiction, rewriting a lot and improving greatly even after the first lesson. “Essentials of Fiction proved that I could indeed write and I wrote every day, much to my boyfriend's dismay (waa sniff).” - Jill Gardner "I am loving the course and the peer interaction on the blog is fantastic!!!" "I'm enjoying the weekly email course, Essentials of Poetry Writing. "Thank you for all the material in this course. "I was pleasantly surprised at the quality of the lessons and feel they were very helpful in introducing new ideas and perspectives to my writing.

I've been finding tons of places that work this way, so feel free to check them out! by archaea Jul 4

it looks pretty cool. i've yet to try it out, but i've been looking for new ways to get inspired. by jaemi Jun 30

Great for writers. It generates a word (You only get one word per day), and you get to write for 60 seconds. Awesome way to get your brain working! by lysara Jun 30