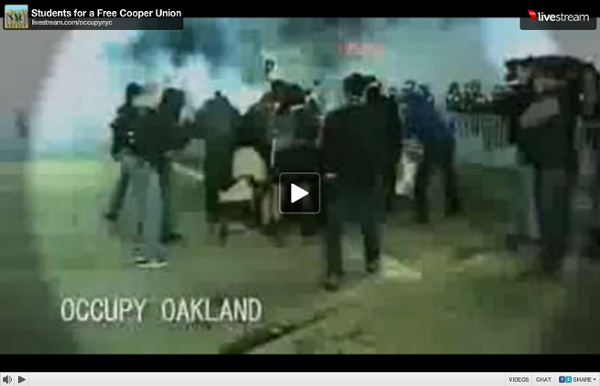 I just got back home from Occupy the Fed Dallas/Occupy Dallas. with pics I just got back home from the Occupy the Fed Dallas protest. Turnout was more than a few hundred people from what I saw (I arrived a little after 5 but I heard people were out there for hours before). Quite the variety of people there. Most signes were End the Fed related/anti-bank, along with Anonymous (the Guy Fawkes masks to), Ron Paul, and more anti-government. Alex Jones was on the mega phone, doing interviews, and shaking almost everybodys hand there. "You know why the police brought out the gang unit??? I wasnt able to catch all of his speeches, but they should be up on youtube pretty soon. Unfortunantly, OccupyDallas didnt really show up. The police again were very respectful. That was pretty much the jist of things earlier today. Oh yea, there were quite a few beautiful women there to. (Pics were taken on my phone, could have been better but its better than nothing)

Call Your Mayor: Complete List of Numbers for Occupied Cities On October 13, I started calling Mayor Bloomberg’s office to protest his threatened attack on Zuccotti Park, and urged others to do the same. Apparently they did, mostly without any urging from me, because the high volume of calls from around the country was credited, by the New York Times, with making the mayor back off. The next day, prompted by reports from occupiers, I used Facebook to tell people to call the mayor of San Diego. Then it occurred to me: We need a list of the phone numbers of the mayors of all the occupied cities. When a movement has no leaders and no staff, the only way to get something done is to do it yourself – or, in my case, to get some friends and relatives to do it for me. We can’t all sleep outdoors in tents, but we CAN all provide a sturdy “second line” of support. ALABAMA (Gov. AuburnAlabamaGary Fuller(334) 705-5150gfuller@ci.opelika.al.us BirminghamAlabamaWilliam A. HuntsvilleAlabamaTommy Battle(256) 427-5000contact@hsvcity.com MobileAlabamaSamuel L. Ft.

Open Letter to Chancellor Linda P.B. Katehi | UCDavis Bicycle Barricade 18 November 2011 Open Letter to Chancellor Linda P.B. Katehi Linda P.B. I am a junior faculty member at UC Davis. You are not. I write to you and to my colleagues for three reasons: 1) to express my outrage at the police brutality which occurred against students engaged in peaceful protest on the UC Davis campus today 2) to hold you accountable for this police brutality 3) to demand your immediate resignation Today you ordered police onto our campus to clear student protesters from the quad. What happened next? Without any provocation whatsoever, other than the bodies of these students sitting where they were on the ground, with their arms linked, police pepper-sprayed students. What happened next? Police used batons to try to push the students apart. This is what happened. You are responsible for it because this is what happens when UC Chancellors order police onto our campuses to disperse peaceful protesters through the use of force: students get hurt. Sincerely, Like this: Like Loading...

Internal NYPD Rift Over Aggressive Tactics Used Against Peaceful #OccupyWallStreet Protesters? The OccupyWallSt.org site says that they “received unconfirmed reports that over one hundred blue-collar police refused to come into work in solidarity with our movement.” This is a potentially huge story. We’re looking into this to verify. This report featured in the Boston Review gives a first-hand account of several cases of police brutality, which occurred during Saturday’s march. As the report states, blue-collar officers were shocked by the aggressive tactics white-collar officers used. Why I Was Maced at the Wall Street ProtestsBy Jeanne Mansfield, Boston Review My boyfriend Frank and I are heading toward Liberty Square to check out what’s going on at the Occupy Wall Street protest, when we stumble upon the afternoon march toward Union Square. All in all, it starts out as a pretty good time. As we circle Union Square, about twenty NYPD officers haul out orange plastic nets (the kind used to fence off construction sites) and close off the road, diverting the crowd.

Arrests Outside Goldman Sachs in New York | The People Occupy Posted on 03 November 2011 by The People Occupy This morning a march and trial on Goldman Sachs resulted in arrests after a small group of protesters blockaded the entrance to the Goldman Sachs building. Footage below was rebroadcast from the TheOther99 channel on Ustream . Watch this footage on Livestream.com Interview with creator of Occupy Wall Street "bat-signal" projections during Brooklyn Bridge #N17 march REUTERS/Jessica Rinaldi Earlier this evening, tens of thousands of Occupy Wall Street protesters marched throughout New York City, many making their way on to the Brooklyn Bridge, carrying LED candles and chanting. As Occupiers took the bridge in a seemingly endless sea of people, words in light appeared projected on the iconic Verizon Building nearby: "99% / MIC CHECK! A few hours later I spoke with Mark Read, who organized the "bat-signal" project. XJ: How did this come together? Mark Read: It came up at an action coordination meeting. And a guy named Hero, who has been central to a lot of facets of the occupation since the beginning, turns to me and says, "We need a bat signal. I said, I think I can do that. My friend Will Etundi, who I know from these renegade street parties, the alter-globalization movement, carnivals against capital—he's part of a community of friends who deploy spectacle and art in the service of radical politics. I knew we'd need a powerful projector. MR: I did.