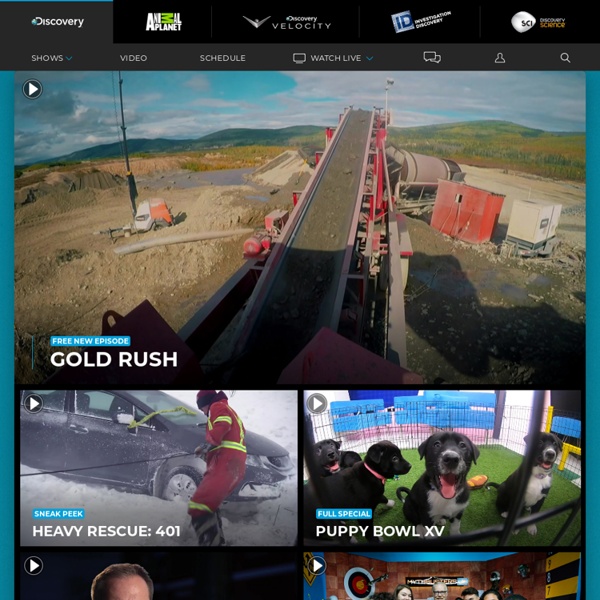 Must Watch Documentaries About The U.S. Real Scientific Evidence of Controlled Implosion "The preconceived notion of NIST is that there's no evidence for explosives, as in there is no point in looking. That is the most unscientific thing which you can possibly think of. Not to look because you don't expect to find evidence and in fact the evidence is overwhelming. They state these conclusions for which there is no evidence and then they ignore conclusions that can be drawn from the evidence." -Lynn Margulis, PH.D, Scientist/Professor, University of Massachusetts 2de8 - Survivor Sequence. - English in Gambier 14 octobre 2008 2 14 /10 /octobre /2008 15:02 Here are the documents we used in this sequence(click on the pictures to see them !) We first studied the Survivor logos

News ARKive - Discover the world's most endangered species Wildscreen's Arkive project was launched in 2003 and grew to become the world's biggest encyclopaedia of life on Earth. With the help of over 7,000 of the world’s best wildlife filmmakers and photographers, conservationists and scientists, Arkive.org featured multi-media fact-files for more than 16,000 endangered species. Freely accessible to everyone, over half a million people every month, from over 200 countries, used Arkive to learn and discover the wonders of the natural world. Since 2013 Wildscreen was unable to raise sufficient funds from trusts, foundations, corporates and individual donors to support the year-round costs of keeping Arkive online.

Bear Grylls Zidbits - Learn something new every day! Authentic video in the classroom: Ireland II My second example of utilising authentic video in the EFL classroom is based on the same 50-minute travel video as my first. Of course, one can apply this to any video, but this time I will stick with Ireland. How I do it now will, however, differ from my last post because now I’ll concentrate on the language and vocabulary awareness in detail (but I wouldn’t use both methods on the same video in the same class, though). This approach is, however, associated with a lot of painstaking preparatory work for the teacher, because transcription of the video material needs to be done, at least for some of the clips. It takes about 1 hour to take down 5 minutes of video material, so one needs plenty of time to get a complete transcript.