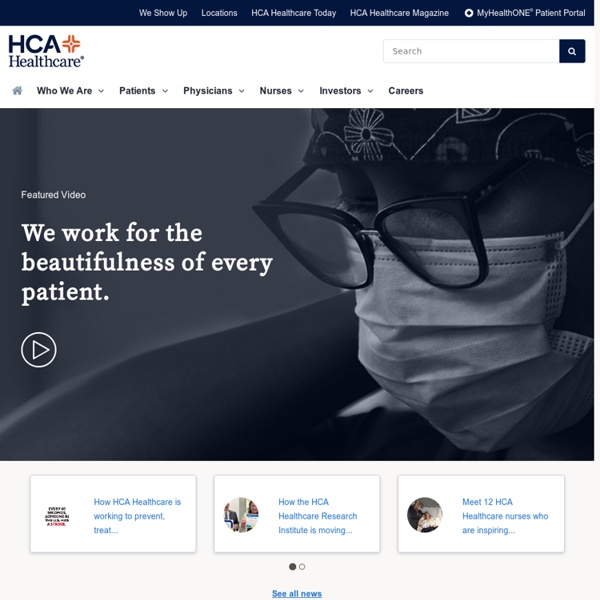 15 Awesome Chemistry Experiments You don’t need to watch Breaking Bad to know that chemistry is pretty awesome. Below we explore our favorite 15 chemistry GIFs. Melting Metal With Magnets The Science: The copper wire has a significant amount of AC electricity running through it, causing it to act like a really strong electromagnet. In the metal slug, eddy currents form due to the magnetic field the copper wire is causing while the copper wire has high frequency AC flowing through it. The metal slug’s electric resistance causes a portion of the electric energy to turn into heat, but the heat builds up until the metal slug becomes white hot and melts.

The World Factbook People from nearly every country share information with CIA, and new individuals contact us daily. If you have information you think might interest CIA due to our foreign intelligence collection mission, there are many ways to reach us. If you know of an imminent threat to a location inside the U.S., immediately contact your local law enforcement or FBI Field Office. Heart Contraction and Blood Flow - NHLBI, NIH The animation below shows how your heart pumps blood. Click the "start" button to play the animation. Written and spoken explanations are provided with each frame. Use the buttons in the lower right corner to pause, restart, or replay the animation, or use the scroll bar below the buttons to move through the frames. The animation shows how blood flows through the heart as it contracts and relaxes.

German universities face funding fears as states scrap fees The German city state of Hamburg has abolished tuition fees at its universities, a pattern being repeated across Germany Photograph: Fabian Bimmer/AP The German university fee system is on the brink of collapse after another state confirmed it would abolish charges for students following a change in local government. The city of Hamburg – a state in its own right – will follow the lead of several other states that have scrapped fees since last month's elections saw Angela Merkel's Christian Democrats ousted by the centre-left Social Democrats. A spokesman for the Social Democrats said: "Tuition fees keep young people from low-income families from studying and are socially disruptive."

Science Education - Research & Training - NIH NIH Home > Research & Training Resources for Students Featured Site: NIAMS Kids Pages Your childhood and teen years are a prime time to learn habits that will help you keep your bones, joints, muscles, and skin healthy for years to come. Video Stories QUEST TV – Back to the Wild: Wolves, Seeds and Snapshots Track wolves from their prey’s POV, explore seed diversity, and see the Great Plains from a new angle. Also, tag along with a scientist encouraging native bees to pollinate crops. Continue Reading Saving Our Seeds List of academic databases and search engines Wikipedia list article This page contains a representative list of notable databases and search engines useful in an academic setting for finding and accessing articles in academic journals, institutional repositories, archives, or other collections of scientific and other articles. Databases and search engines differ substantially in terms of coverage and retrieval qualities.[1] Users need to account for qualities and limitations of databases and search engines, especially those searching systematically for records such as in systematic reviews or meta-analyses.[2] As the distinction between a database and a search engine is unclear for these complex document retrieval systems, see: the general list of search engines for all-purpose search engines that can be used for academic purposesthe article about bibliographic databases for information about databases giving bibliographic information about finding books and journal articles. Operating services[edit] See also[edit]

William Tyndale William Tyndale (sometimes spelled Tynsdale, Tindall, Tindill, Tyndall; c. 1494–1536) was an English scholar who became a leading figure in Protestant reform in the years leading up to his execution. He is well known for his translation of the Bible into English. He was influenced by the work of Desiderius Erasmus, who made the Greek New Testament available in Europe, and by Martin Luther.[1] While a number of partial and incomplete translations had been made from the seventh century onward, the grass-roots spread of Wycliffe's Bible resulted in a death sentence for any unlicensed possession of Scripture in English—even though translations in all other major European languages had been accomplished and made available.[2][3] Tyndale's translation was the first English Bible to draw directly from Hebrew and Greek texts, the first English one to take advantage of the printing press, and first of the new English Bibles of the Reformation. Life[edit]

Tree of Life Web Project The Tree of Life Web Project (ToL) is a collaborative effort of biologists and nature enthusiasts from around the world. On more than 10,000 World Wide Web pages, the project provides information about biodiversity, the characteristics of different groups of organisms, and their evolutionary history (phylogeny). Each page contains information about a particular group, e.g., salamanders, segmented worms, phlox flowers, tyrannosaurs, euglenids, Heliconius butterflies, club fungi, or the vampire squid. Junior Science & Humanities Symposium March 6-8, 2014 Hosted by: The University of Nevada Reno Lodging will be at: Circus Circus Reno Hotel, 500 North Sierra Street Reno, NV 1-800-992-2694 Activities will be provided by: The University of Nevada Reno, The Nevada Mining Association, and The Desert Research Institute JSHS is a three-day event which is held annually on a university campus, and provides high school students with the opportunity to:

Study Skills for 6th Form Useful hints and tips when searching If your book is written by someone with a common surname, add their initial or first name to limit your results, e.g. Smith, RichardLimit your search further by using the ‘Refine My Results’ option on the left of the screen. John Tyndall John Tyndall FRS (2 August 1820 – 4 December 1893) was a prominent 19th century physicist. His initial scientific fame arose in the 1850s from his study of diamagnetism. Later he made discoveries in the realms of infrared radiation and the physical properties of air. Tyndall also published more than a dozen science books which brought state-of-the-art 19th century experimental physics to a wide audience.

Remarkable animal and plant life cycles - science(2,3,4) - ABC Splash - Add this to your favourites Remarkable animal and plant life cycles Find out about animals such as mammals that give birth to live young. Find out what's special about marsupials and the strange monotremes. Discover more about animals that lay eggs and animals that undergo metamorphosis.