Is your identity given or created? 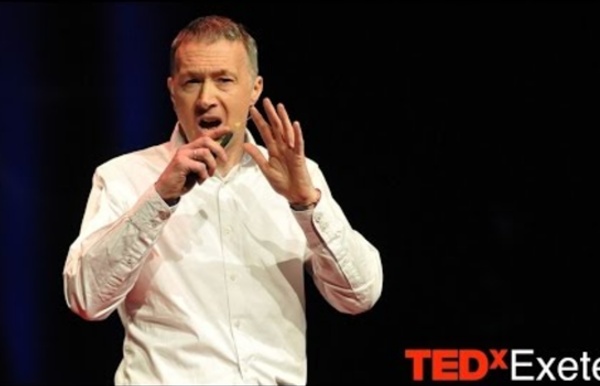 Best Middle School Books, As Chosen by Teachers 9. The Giver Quartet by Lois Lowry Jonas lives in a society in which the government controls everything: childbearing, careers, marriages. How Cultural Differences Influence Adolescent Development The parents of adolescents have the main responsibility of teaching children ethics. Scholars of adolescent behavior and authors of "Family and Peer Influences on Adolescent Behavior and Risk-Taking," Nancy Gonzales and Kenneth Dodge, note that while much of adolescent development happens outside the home, the culture of the family instills upon children their developmental roots. Parents coming from difference cultures emphasize different value sets and therefore teach their children different moral standards. For example, because honesty is an important concept in the West, American parents urge their children not to lie, even in situations where lying would be beneficial. On the contrary, parents from East Asia tend to focus on creating a sense of both social and family harmony. These parents are more willing to overlook lies, provided those lies contribute to harmony, such as in white lies that avoid hurting others' feelings.

The importance of teaching kids about LGBTQ history and culture Over the past decade, there’s been a plethora of books aimed at children on LGBTQ themes. Some of these books tell familiar romantic fairy tales with same-sex protagonists, while others provide basic education about kids who might be transgender. Author Gayle Pitman, however, is trying to create space for books that actually teach kids about LGBTQ history and culture. Pitman’s latest book, Sewing the Rainbow, tells the story of Gilbert Baker, inventor of the Pride Flag. Not only does the short story talk about the importance of the flag, it shows that Baker was a proud gay man, but that his sexuality wasn’t his only defining feature.

Diversity Printables, Lessons, and Resources For Teachers Teach students to respect differences among people in their community and around the world by using the resources below for elementary, intermediate, or high school students. You'll find printables that promote tolerance and understanding, and lessons about immigrant families. Art, reading, and writing activities will help familiarize students with the history and traditions of different religions and ethnic groups. Printables, Grades K-5 Use these printables to teach your students about the recipes, art and history of other cultures. These printables include puzzles, activities, teaching guides and more!

ACT for Youth - Adolescence - Adolescent Identity Development The development of a strong and stable sense of self is widely considered to be one of the central tasks of adolescence [1]. Despite the fact that identity development occurs throughout one's lifetime, adolescence is the first time that individuals begin to think about how our identity may affect our lives [2]. During adolescence, we are much more self-conscious about our changing identities than at any other stage in our lives [3]. Visit Toolkit: Identity Development for resources. Learn more about Adolescent Development. What is Identity?

Teaching Tolerance - Diversity, Equity and Justice Educators today hear a lot about gaps in education – achievement gaps, funding gaps, school-readiness gaps. Still, there's another gap that often goes unexamined: the cultural gap between students and teachers. "A bunch of teachers here, they think they know what's wrong with us. But they don't know. 4 Practices to Promote Equity in the Classroom The United States is comprised of over 300 million individuals with unique cultures, identities, and backgrounds, and the population is only becoming more diverse over time. A recent Pew Research Center analysis of U.S. Census Bureau data, for example, determined that the “post-Millennial generation”—those born from 1997 to 2012—is “the most racially and ethnically diverse generation” in the country’s history. As this and other types of diversity have continued to increase in society today, the need for equity among people of different backgrounds has become equally relevant. Conversations about issues such as LGBTQ discrimination or the “Black Lives Matter” movement, among many others, are making their way into workplaces, schools, and communities more often than ever before. In educational institutions especially, there is a desire among students, teachers, and administration alike to embrace this diversity and create equity in the classroom.

The Kids (Who Use Tech) Seem to Be All Right Social media is linked to depression—or not. First-person shooter video games are good for cognition—or they encourage violence. Young people are either more connected—or more isolated than ever. Such are the conflicting messages about the effects of technology on children’s well-being. Understanding how learners succeed and struggle across time, space, and social groups It is not uncommon for children to thrive in one learning context but struggle in another. What accounts for such differences? The authors Bell, Tzou, Bricker, and Baines argue that we lack theory and research for understanding how people do and do not experience meaningful learning across formal and informal settings, over long time periods, and through various cultural value systems.

8 Powerful Ways to Promote Equity in the Classroom Every student in my classroom deserves an equal chance. Agree or disagree? Responding to the level of diversity in your classroom is more important than ever. But all too often, our education system reinforces the same inequalities it was designed to overcome. Actively promoting equity in the classroom helps remove barriers so all of your students can succeed. And when every student has the resources they need, the entire classroom thrives!