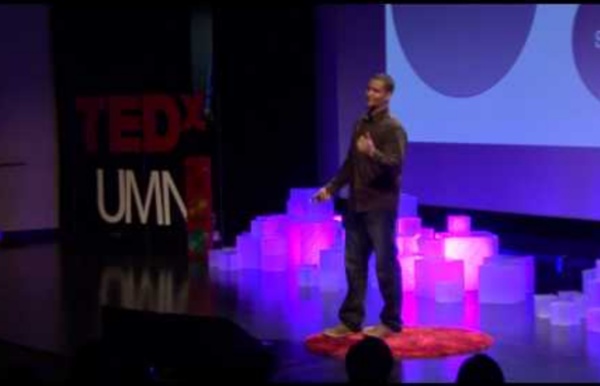 ACT for Youth - Adolescence - Adolescent Identity Development The development of a strong and stable sense of self is widely considered to be one of the central tasks of adolescence [1]. Despite the fact that identity development occurs throughout one's lifetime, adolescence is the first time that individuals begin to think about how our identity may affect our lives [2]. During adolescence, we are much more self-conscious about our changing identities than at any other stage in our lives [3].

Equality Is Not Enough: What the Classroom Has Taught Me About Justice Imagine this situation: A classroom of students is settling down to work on a writing task. All of a sudden, one student exclaims, “That’s not fair! Why do they get to listen to the instructions on the headphones! How does culture sway teens' well-being? As teens cross the wobbly bridge from childhood to adulthood, they're often expected to take on new responsibilities. Though they might not be thrilled about watching siblings or mopping the floor, there are benefits to helping their families, according to Andrew Fuligni, PhD, who heads the Adolescent Development Lab at the Semel Institute for Neuroscience and Human Behavior at the University of California, Los Angeles. In a series of studies, Fuligni has followed diverse samples of teens in the Los Angeles area, exploring such topics as adolescent identity, academic achievement, family relationships, psychological well-being and physical health. In one project, for instance, he explored the pros and cons of adolescents helping family members by providing emotional support, cooking and cleaning, watching siblings or helping parents at their jobs. Those helping roles were sometimes challenging for kids, Fuligni found. , Vol. 45, No. 4, 2009).

Classism - Effects Introduction to Isms Classism - Effects Educational opportunities are different for lower income Whites in comparison with middle and upper income Whites. Wealthier families tend to ensure higher levels of academic achievement for their children by moving to wealthier neighborhoods where schools have more rigorous standards, more qualified teachers, and greater access to resources. Typically, children in lower-income schools do not have the same access to these resources. For example, while 20% of the teachers in low income schools are considered inexperienced, only 11% of teachers in high income schools are considered inexperienced (Education Trust). The importance of teaching kids about LGBTQ history and culture Over the past decade, there’s been a plethora of books aimed at children on LGBTQ themes. Some of these books tell familiar romantic fairy tales with same-sex protagonists, while others provide basic education about kids who might be transgender. Author Gayle Pitman, however, is trying to create space for books that actually teach kids about LGBTQ history and culture. Pitman’s latest book, Sewing the Rainbow, tells the story of Gilbert Baker, inventor of the Pride Flag. Not only does the short story talk about the importance of the flag, it shows that Baker was a proud gay man, but that his sexuality wasn’t his only defining feature. Pitman also wrote the picture book This Day in June, which features illustrated scenes from a Pride parade.

Cultural Identity of Students: What Teachers Should Know Every student conies to the classroom with a set of behaviors and characteristics that makes him or her unique and that will affect his or her academic achievement. Banks and Banks (2005, 13) noted, "Behavior is shaped by group norms ... the group equips individuals with the behavior patterns they need in order to adapt." Furthermore, students identify with certain groups to experience a feeling of belonging. Campbell (2004) stated that students of all ages have a strong need to belong to groups, because groups provide a source of motivation.

barnesandnoble From the Preface I have always been fascinated by the brilliant theater piece For Colored Girls Who Have Considered Suicide / When the Rainbow Is Enuf, by Ntozake Shange. I was first drawn to this powerful work by its colorful cover, and I fell in love with it when I began to read the powerful prose. As a teenager, it was the title that affected me most. Seeing the word enuf in print, on the cover of a book, meant the world to me. It was bold and provocative—and it comforted me to know that someone from outside the four-block radius I called home knew this word. I'm Your Neighbor, "New Arrival" Children's Books We Are All That’s Left We Are All That’s Left By Carrie Arcos Published by Penguin Young Readers Group ISBN-13: 9780399175541 Age Range: 12+ Find a copy at Amazon | IndieBound | B&N | Worldcat “…depicts the horrors of the 1990s Bosnian conflict in this powerful novel that juxtaposes images of the war against a fictionalized terrorist attack in Rhode Island.” —Publishers Weekly Description Zara and her mother, Nadja, have a strained relationship.

Lgbt Books LGBT is an initialism that stands for lesbian, gay, bisexual, and transgender. In use since the 1990s, the term is an adaptation of the initialism LGB, which was used to replace the term gay in reference to the LGBT community beginning in the mid-to-late 1980s. The initialism LGBT is intended to emphasize a diversity of sexuality and gender identity-based cultures.

Adolescent Identity Development: What to Expect in Teens Adolescent Identity Development: The Factors of Change Among the profound and exciting changes taking place in adolescence is the process of self-discovery. Our teens are working to figure out who they are, making adolescent identity development a central feature of teen life. Young people’s identities are shaped by lots of factors — family, cultural and societal expectations, experiences with institutions like school and the media, and friends. Young people also take active steps and make choices that shape their identity. ACT for Youth - Adolescence - Ethnic and Racial Identity Development Identity development, the growth of a strong and stable sense of self across a range of identity dimensions, is central to adolescent development [1]. While we have many types of identities (religious, cultural, and national, to name a few), ethnic and racial identities are an important part of how we see ourselves and how others see us. Ethnic and racial identities, of course, are not adopted solely by minority populations. Everyone develops a sense of ethnic and racial identity. Visit Toolkit: Identity Development for resources.

Youth Development and Neighborhood Influences: Challenges and Opportunities Differences in Developmental Pathways One research study on youth has identified three key developmental tasks that characterize the period between early and late adolescence, ages 12 to 19 (Connell et al., 1995): learning to be productive, learning to connect, and learning to navigate. The participants indicated that, although these three tasks may be central to successful adolescent development, variations in experience and circumstances can influence their timing, sequencing, and relative importance at any given time. Participants observed that prevailing views of adolescent development and conceptual frameworks derived from white, middle-class adolescent populations may not reflect the experiences or unique challenges that confront youth who are influenced by other cultural traditions or by disadvantaged conditions. The Impact of Settings on Role Expectations

The Role of School in Adolescents’ Identity Development. A Literature Review Characteristics of the Literature The 111 articles were found across a wide variety of scientific journals (n = 80). In total, 19 of the 111 articles were theoretical in nature. Among the empirical research papers, six articles were quantitative in nature and another set of seven articles employed a mixed-methods design.

I liked how this speaker discussed thinking about education by looking at education through the lens of the most vulnerable students, including students in a low socioeconomic states and minority groups. It is important to interacting with students through a cultural context, used a hip hop context, and brought in a cultural studies unit. The speaker also mentions how the traditional school model often times leave out groups of students or does not engage all students. They suggest that schools should look at what they are doing through categories. These categories being relevance, multicultural, critical, and youth. When looking at what I am going to teach, I will use these categories to see if it will truly engage students. by tneidenthal Mar 9