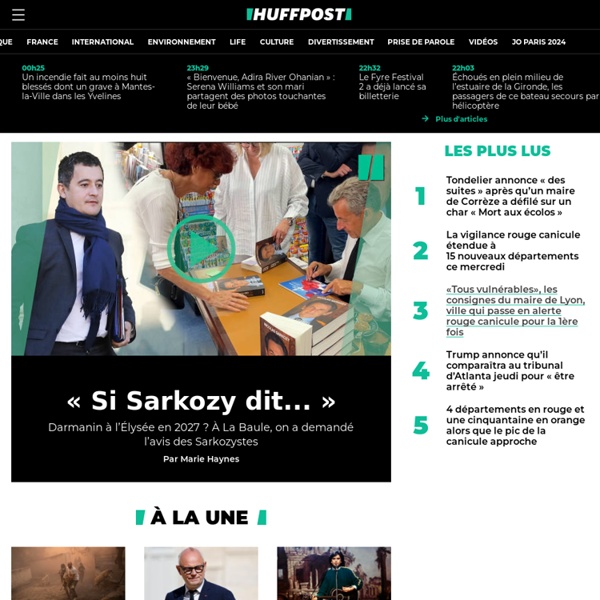 Presidential Debate: Obama, Romney Agree On Foreign Policy BOCA RATON, Fla. -- There may be a presidential election around the corner, but voters won't have two competing foreign policies to choose from at the ballot box, at least among the major parties. If Monday night's debate proved anything, it showed that when it comes to drone strikes, the war in Afghanistan, relations with Pakistan, the intervention in Libya, support for Israel or for "crippling sanctions" on Iran, there is little difference between the two parties. "I know that Mitt Romney tried to offer his endorsement of virtually everything President Obama did," said Obama campaign spokeswoman Jen Psaki. Happiness at Work - 12 Simple Ways to Make it Happen! If you are a relatively junior employee at your company, though you carry out a very important role, you may not always be recognised. You might also face some of the following challenges: Little fulfilment at workLong working hoursConflicting demands on your time and loyaltyLittle balance between personal life and work commitmentsTight deadlinesTime management pressuresStrained relationships with the important people in your lifeTight personal financesLack of any say at workInternal politics and a rigid company structureBullying within the workplaceFew promotional opportunities

CNN More than 50 billion of 3M's Post-it notes are sold every yearHit product reached market 12 years after it was invented3M employee, Art Fry realized potential of Post-it Notes in churchOnce the product was released in 1980, it spread "like a virus," he recalls St Paul, Minnesota (CNN) -- It's been described as the solution to a problem nobody realized existed. But that hasn't stopped the humble Post-it Note from becoming a ubiquitous fixture of stationery cupboards worldwide, with manufacturers 3M producing 50 billion each year. The sticky yellow squares did not always look destined to set the office supply world alight.

Inspirational Quotes - Motivational Quotes - Leadership Quotes spread your wings This was sent as our inspirational daily quote on Monday Feb 17, 2014 “I haven’t a clue how my story will end, but that’s all right. Tips for Bird-Dogging Candidates The term "bird-dog" comes from hunting; the bird-dog's job is to flush the birds out of the bushes and into the open. Politicians are like the birds--they try to keep their positions hidden behind vague rhetoric. Using tightly crafted questions, the successful bird-dog forces candidates to reveal their position on an issue. Here are some tips on preparing for your bird-dog mission adapted from NH Citizen Action: Find out where the candidate will be and when. Capital - Ikigai: A Japanese concept to improve work and life For Japanese workers in big cities, a typical work day begins with a state called sushi-zume, a term which likens commuters squeezed into a crowded train car to tightly packed grains of rice in sushi. Essentially, ikigai is the reason why you get up in the morning The stress doesn’t stop there.

200 Positive Affirmations That Will Change Your Life Almost all human beings are confronted with negative thoughts every once in a while. Unfortunately, the number of people that have negative thoughts on a regular basis is continuously increasing. For some, negative thinking has even become a chronic habit. However, most of us pay little attention to these thoughts. BBC News The UK government is trying to encourage more people to recycle their waste and reduce the UK's waste mountain. Figures suggest 60% of all household waste could be recycled or composted, but the largest nation in the UK, England, appears to be reusing only 17.7%. Here BBC correspondents provide a snapshot of how the UK's European neighbours and other countries approach recycling of everyday rubbish. SWITZERLAND: Imogen Foulkes Switzerland is proud of its recycling efforts, and with good reason. Glass and paper are just some of the things the average Swiss refuses to simply throw away.

Fab Five Fashion Faves: Local Brands to Watch (August 2012) In June, we debuted our Fab Five Fashion Faves: Local Brands to Watch (June 2012) series and this month we have 5 local DC brands you absolutely should know about. Brand: A N N A (www.anna-bags.com) Designer: Jayne Orthwein Details: A N N A is a local DC area handbag line located in Gaithersburg, MD. Romney: Election outcome will be defining for American families Charles Dharapak / AP Republican presidential candidate Mitt Romney campaigns at the Eastern Iowa Airport in Cedar Rapids, Iowa, on Wednesday. By NBC's Garrett Haake CEDAR RAPIDS, Iowa – Mitt Romney continued Wednesday night to lay out what appears to be his campaign's closing argument, describing this election as a defining one not just for the country, but for individual families.

What is ikigai? - Definition from WhatIs.com Ikigai is a Japanese word whose meaning translates roughly to a reason for being, encompassing joy, a sense of purpose and meaning and a feeling of well-being. The word derives from iki, meaning life and kai, meaning the realisation of hopes and expectations. In business, the incorporation of the elements of ikigai to an employee's position is thought to yield the highest levels of employee engagement and productivity while also fostering job satisfaction and loyalty to the organization. In his book Taking Flight, Anthony de Mello wrote about finding ikigai through examining your responses to four questions: What do you love?