Self concept, self identity, and social identity 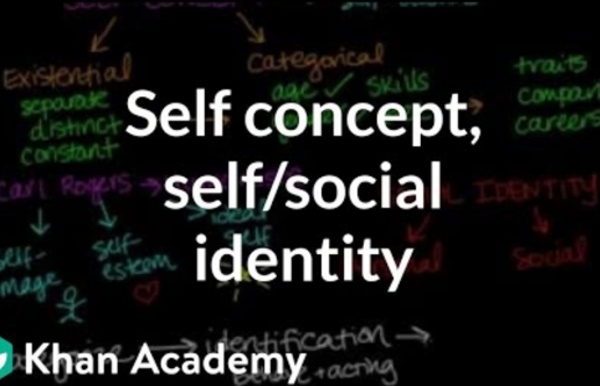 Youth Development and Neighborhood Influences: Challenges and Opportunities Differences in Developmental Pathways One research study on youth has identified three key developmental tasks that characterize the period between early and late adolescence, ages 12 to 19 (Connell et al., 1995): learning to be productive, learning to connect, and learning to navigate. The participants indicated that, although these three tasks may be central to successful adolescent development, variations in experience and circumstances can influence their timing, sequencing, and relative importance at any given time. How Cultural Differences Influence Adolescent Development The parents of adolescents have the main responsibility of teaching children ethics. Scholars of adolescent behavior and authors of "Family and Peer Influences on Adolescent Behavior and Risk-Taking," Nancy Gonzales and Kenneth Dodge, note that while much of adolescent development happens outside the home, the culture of the family instills upon children their developmental roots. Parents coming from difference cultures emphasize different value sets and therefore teach their children different moral standards. For example, because honesty is an important concept in the West, American parents urge their children not to lie, even in situations where lying would be beneficial. On the contrary, parents from East Asia tend to focus on creating a sense of both social and family harmony.

50 Multicultural Books Every Child Should Read This list of must-have multicultural books was originally compiled by the Cooperative Children's Book Center, School of Education, University of Wisconsin-Madison, and is reprinted here with their permission. Preschool What a Wonderful World by George David Weiss and Bob Thiele, illustrated by Ashley Bryan. ACT for Youth - Adolescence - Ethnic and Racial Identity Development Identity development, the growth of a strong and stable sense of self across a range of identity dimensions, is central to adolescent development [1]. While we have many types of identities (religious, cultural, and national, to name a few), ethnic and racial identities are an important part of how we see ourselves and how others see us. Ethnic and racial identities, of course, are not adopted solely by minority populations.

Best Middle School Books, As Chosen by Teachers 9. The Giver Quartet by Lois Lowry Jonas lives in a society in which the government controls everything: childbearing, careers, marriages. His utopia has sacrificed emotions and uniqueness in favor of a safe and predictable life. When Jonas learns that life could be different, he can never turn back to the life he’s always known. 10. What Is Self-Concept and How Does It Form? Self-concept is the image that we have of ourselves. How exactly does this self-image form and change over time? This image develops in a number of ways but is particularly influenced by our interactions with important people in our lives. Defining Self-Concept

I'm Your Neighbor, "New Arrival" Children's Books We Are All That’s Left We Are All That’s Left By Carrie Arcos Published by Penguin Young Readers Group ISBN-13: 9780399175541 Age Range: 12+ Find a copy at Amazon | IndieBound | B&N | Worldcat “…depicts the horrors of the 1990s Bosnian conflict in this powerful novel that juxtaposes images of the war against a fictionalized terrorist attack in Rhode Island.” —Publishers Weekly Description Zara and her mother, Nadja, have a strained relationship. Nadja just doesn’t understand Zara’s creative passion for, and self-expression through, photography. And Zara doesn’t know... Diversity Printables, Lessons, and Resources For Teachers Teach students to respect differences among people in their community and around the world by using the resources below for elementary, intermediate, or high school students. You'll find printables that promote tolerance and understanding, and lessons about immigrant families. Art, reading, and writing activities will help familiarize students with the history and traditions of different religions and ethnic groups. Printables, Grades K-5 Use these printables to teach your students about the recipes, art and history of other cultures.

Understanding How Adolescents Think Teenagers also aren't very good at reading emotion on others' faces. In addition to the obvious physical signs of adolescence, teens and 'tweens are undergoing a major neurological overhaul, which is why that perennial teen mumble "I don't know" may be closer to the truth than we'd realized. What this means for teachers, says Philp, is that they must be both patient and persistent.

Teaching Tolerance - Diversity, Equity and Justice Educators today hear a lot about gaps in education – achievement gaps, funding gaps, school-readiness gaps. Still, there's another gap that often goes unexamined: the cultural gap between students and teachers. "A bunch of teachers here, they think they know what's wrong with us. Identity Achievement and Your Teen As your child grows up and experiences different phases of development, it might help to know what some of those phases are, and what they really mean in the long run to your tween and his or her adolescent experience. The definition of identity achievement isn't a difficult concept to grasp. It simply refers to having found one's true sense of self. It is a key element of personality development and a process that begins in childhood, most notably in the tween and teen years, and ends in adulthood.

Gender, Identity, and Language Use in Teenage Blogs Skip to Main Content Sign In Register Close Advanced Search Understanding how learners succeed and struggle across time, space, and social groups It is not uncommon for children to thrive in one learning context but struggle in another. What accounts for such differences? The authors Bell, Tzou, Bricker, and Baines argue that we lack theory and research for understanding how people do and do not experience meaningful learning across formal and informal settings, over long time periods, and through various cultural value systems. Building on theories describing learning as social and situated (see Theoretical Basis below) as well as on their eight years of ethnographic research, the authors introduce “cultural learning pathways” as a framework for making sense of how people learn across time, spaces, and cultural value systems. This theory describes how pathways begin at a point of interest. The interest is either supported or challenged by social norms or belief systems and by relationships that change over time and across social contexts.

James Marcia and Self-Identity - Child Development Theory: Adolescence (12-24) James Marcia is another influential theorist who expanded upon Erikson's concept of identity crisis and identity confusion. His initial work was published during the 1960's but his theory continues to be refined in accordance with recent research findings. Although Marcia's theory originally conceptualized identity development in terms of a progressive developmental trend, his theory has subsequently become more descriptive and categorical, defining and identifying particular configurations of identity exploration and commitment. Marcia's theory descriptively categorizes four main points or stations along the continuum of identity development. These stations or points describe very different identity conditions, ranging from a diffuse and indeterminate individual identity to a precisely defined and highly specific individual identity.