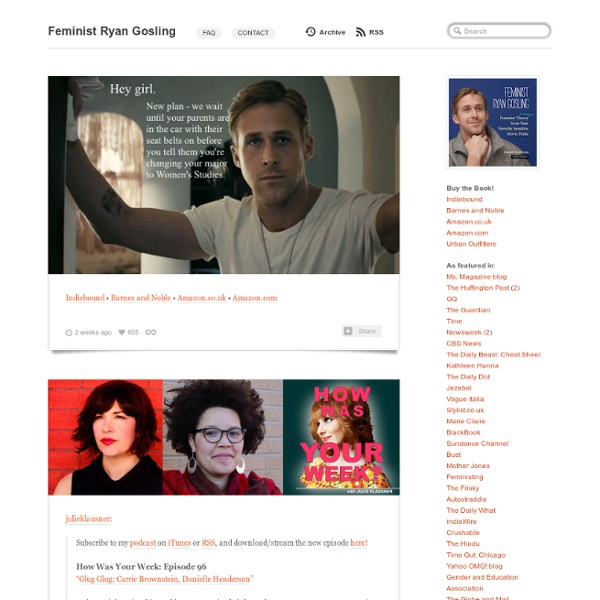 We Will Not Surrender Our Freedom to Travel: Gender-based Terror and Tempting Fate « Last Friday, a male acquaintance of mine made the following comments on a Facebook thread in response to this article about Brandon Lavergne’s signed statement detailing the murder of Mickey Shunick: Just don’t go places alone in the middle of the night!…If my wife or one of my female friends told me they were planning to bike home alone at 2:30 AM, I would insist on giving her a ride. I would never blame a victim. My only aim is to prevent similar tragedies. It’s a sad fact, but the world is full of monsters. Clearly, he means well, despite responding to the violent and disturbing details of an abduction and murder with the warning to other, still living women that it’s really simple to not get abducted and murdered – just don’t ride your bike late at night! Despite his good intentions, his arguments are highly problematic. When it comes to political terrorism in America, we are told to assert our freedoms and not let the terrorists win. Victim blaming is victim blaming. Like this:

22 Funny Drinking Games to get you Drunk | Rounds.com Blog Ye Olde Drinking Games: a List In this Internet age, there’s something sweetly old-fashioned about a drinking game. You don’t need any fancy props, extension cords or air pumps—just booze, partners and a will to compete. It’s Saturday night. Are you sitting around with friends, talking about the same old stuff? Play a drinking game. For your drunken pleasure, I now present you with a list of drinking games. 1. Questions is sort of like Truth or Dare but without the dare. Questions gets pretty silly very fast. Tools needed: any kind of alcohol, slight imagination 2. I Never is a great game to play with good friends. Each player takes turns making a true statement in the form of “I’ve never…” For example, if you’ve never been to France, you’d say, “I’ve never been to Paris.” Naturally, when I play this game with my friends, we don’t make statements about vacations. Tools needed: alcohol, a sordid past 3. Someone begins the game by saying the first and last name of someone famous. 4. 5. 6. 7.

8 Rules for Not Sucking at Public Transportation Like many of you, I rely on public transportation to get to work. I ride the train. Some of you might take the subway or bus. Still others, like my buds Matt Tobey over at Comedy Central Insider and Adam Tod Brown right here at Cracked, work at home, writing dick jokes in their boxers, worrying only about synchronizing the mute button to their Hot Pocket farts so no one hears them ripping ass during a conference call. Getty"That was a close one!" But the rest of us understand the vagaries of public transportation. #4. If you're riding a form of a public transportation that contains a toilet, you have a special opportunity. GettyClean ears thoroughly after listening. But I urge you to free your mind. #3. This is another one of my patented tricks, and it's kind of a win/win proposition. GettyI've never heard of this beer, but I'd drink it to keep people away from me. #2. GettyWarning: These should keep people from talking to you, but may attract hipsters. #1.

Your Weekly Organasm: How to Keep Your Clothes off the Floor In an attempt to reenact the past, I’ve poured all my laundry onto the floor. I have to admit to something, you guys. Back in college, I was too cheap to buy furniture to hold stuff. Then one day, my housemate stopped by my room for a chat. Let’s start by thinking about the clothes that always end up on the floor. I think that a good, workable solution needs to follow the golden rule of organizing, which is to find a place for everything and keep everything in its place. My chair doesn’t have any convenient prongs for me to hang my dry cleaning bag, so I’ve improvised with a purse hook. For me, the chair is the best part of the clothing control center. Since I’ll probably have trouble keeping the pile small, I’ve attached a little green sticker to the chair back. I know that some of you don’t wear clothes more than once before cleaning them. But the airing out your clothes part is a pretty good idea. Let’s move on to the laundry basket. It’s time for you to dish.

25 Of The Best Short Films You Can Watch Online Short filmmaking has always been an understated component of cinema. It contains all of the magic, escapism, and even technicality that goes into making full length feature productions. In fact some may argue that it is even more difficult to master given the short amount of time that one has to work with to get all of the aspects of filmmaking into the right gear. This list serves not only as a compiled source of recommendations that we hope helps to gain more attention and recognition to this compact pieces of brilliance but to also highlight some of the best short films ever created. Reasons being vary, from inspirational causes, new age inventiveness, boundary pushing material, or overall well rounded superb examples of filmmaking. 25. A tale like no other and a film like no other. The Cameraman’s Revenge should be viewed on that inventiveness and originality alone and the fact that this was made way back in 1912. 24. 23. 22. 21. 20. 19. 18. 17. Pages: 1 2 3