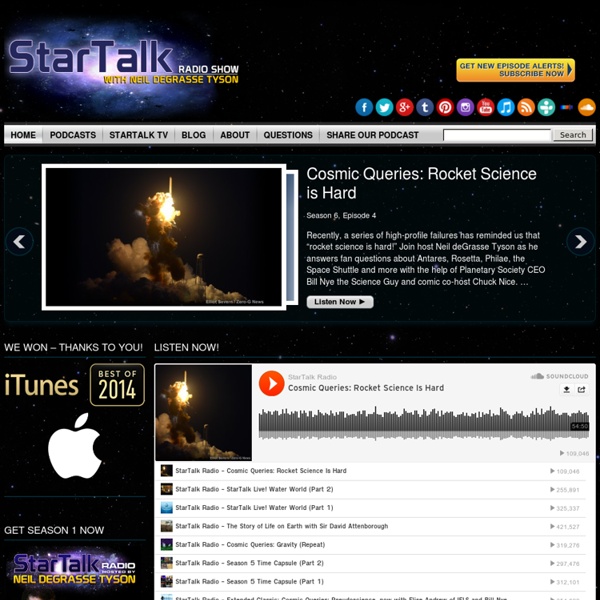 Fairy Tales Can Come True Here's a "photo story" based on the book, Fairy Tales Can Come True (Just Not Every Day!), published by Shake It! Books. You'll have a few giggles... and learn a few things as well! Falling in love is the easy part. It's staying that way that takes some work. "This relationship stuff. Try to change your attitude a bit. "Okay, I'm taking notes!" Tip #1 Make a list. "Hmmm... Pretty soon, you'll find yourself thinking... "Say, he's not so bad after all!" And making that list goes for both of you —to help you both remember the good. "That's what we do. Click to continue Watch Free Documentaries Online - DocumentaryWIRE Scientists produce Star Trek-like deflector device for cancer-free interplanetary travel Scientists at the Rutherford Appleton Laboratory in the UK are working on a Star Trek-like deflector shield to enable the transport of humans between planets and stars without subjecting them to lethal doses of cosmic radiation. This research comes at a vital time, as numerous groups, including NASA, look to send humans to Mars — but without adequate shielding from the Sun’s harsh cosmic rays, it could be a one-way trip full of vomiting, diarrhea, and more serious symptoms of radiation poisoning, such as death. Other than time and money, one of the biggest barriers to sending humans to other planets is Solar radiation (from flares and coronal ejections) and galactic cosmic rays. The exact origin of GCRs is unknown, but it’s theorized that they originate in supernovae and the dense nuclei of other galaxies. In any case, both forms of radiation consist of high-energy protons that bombard every square inch of the Solar System, including Earth. XKCD’s radiation dose chart.

Watch Free Documentaries, Series and Episodes online Catholic Church Argues It Doesn’t Have to Show Up in Court Because Religious Freedom Evandro Inetti/ZUMA By Molly Redden When Emily Herx first took time off work for in vitro fertilization treatment, her boss offered what sounded like words of support: “You are in my prayers.” Soon those words took on a more sinister meaning. The Indiana grade school where Herx was teaching English was Catholic. And after church officials were alerted that Herx was undergoing IVF—making her, in the words of one monsignor, “a grave, immoral sinner”—it took them less than two weeks to fire her. Herx filed a discrimination lawsuit in 2012. “I’ve never seen this before, and I couldn’t find any other cases like it,” says Brian Hauss, a staff attorney with the American Civil Liberties Union Center for Liberty. The key legal question in Herx’s case is whether she was fired for religious reasons or her firing was an illegal act of sex discriminations. Title VII of the Civil Rights Act bans employers from discriminating on the basis of race, color, religion, sex, and national origin.

Dear Young Me, Watch Free Documentaries Online | Documentary Heaven 10 Space Movies to Watch in 2015 From movies based on best-selling books, to the newest "Star Wars" installment, 2015 should be a big year for films geared toward space fans. Here are Space.com's top picks for space movies to keep an eye out for in 2015: "The Martian" The new movie directed by Ridley Scott and starring Matt Damon chronicles the harrowing adventures of a NASA astronaut stranded on Mars after his fellow crewmembers abandon the Red Planet during a storm. "Star Wars VII: The Force Awakens" Director J.J. "The Visit" How would the world react to aliens coming to Earth? "Jupiter Ascending" "Jupiter Ascending" follows the life of a young woman on Earth destined for greatness, as predicted by a group of aliens. "Tomorrowland" While "Tomorrowland" might not seem like a space movie on its surface, it has major ties to NASA. "The Avengers: Age of Ultron" "Ratchet & Clank" The animated movie "Ratchet & Clank" is based on the popular video game of the same name. "Day of the Triffids" "Home"

Important Things I've Learned From Kids This page is brought to you by UC Berkeley Parents Network Back to the Jokes & Quotes Collection (author unknown) 1. It's more fun to color outside the lines. 2. If you're gonna draw on the wall, do it behind the couch. 3. Ask why until you understand. 4. Hang on tight. 5. The opinions and statements expressed on this page are those of parents who belong to the UC Berkeley Parents Network and should not be taken as a position of or endorsement by the University of California, Berkeley.