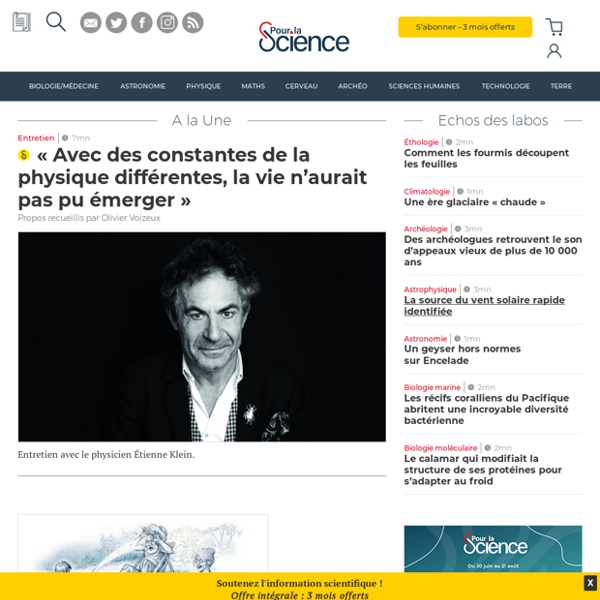 Egyptian Medical Texts Medicine in ancient Egypt was understood as a combination of practical technique and magical incantation and ritual. Although physical injury was usually addressed pragmatically through bandages, splints, and salves, even the broken bones and surgical procedures described in the medical texts were thought to have been made more effective through magic spells. These spells were recorded in the medical texts of the time, written on papyrus scrolls, and consulted by physicians when needed. In the present day, most people would balk at the idea of visiting a doctor and having incantations muttered over them while they were rubbed with oil and fumigated with incense as amulets and charms were swung over their bodies, but to the ancient Egyptians, this was all simply a routine aspect of the medical practice. As the Ebers Papyrus, one of the medical texts of its day, states, "Magic is effective together with medicine.

Journal home : Nature Raphael Lis, Charles C. Karrasch, Michael G. Poulos, Balvir Kunar, David Redmond, Jose G. Barcia Duran, Chaitanya R. Badwe, William Schachterle, Michael Ginsberg, Jenny Xiang, Arash Rafii Tabrizi, Koji Shido, Zev Rosenwaks, Olivier Elemento, Nancy A. Speck, Jason M. DIY Wrap Bracelet You should all know by now that we are all about stacking bracelets on our wrists. The more, the better. In fact . . . the most, the best! With that being said, we’ll show you how to master a version of the ever so popular wrap bracelet. It’s so simple and addicting, you’ll soon be churning out these wristlets with your eyes closed. PLOS 31/05/12 Complexity of the International Agro-Food Trade Network and Its Impact on Food Safety Corrections 30 Oct 2012: Ercsey-Ravasz M, Toroczkai Z, Lakner Z, Baranyi J (2012)Correction: Complexity of the International Agro-Food Trade Network and Its Impact on Food Safety.PLoS ONE 7(10):10.1371/annotation/5fe23e20-573f-48d7-b284-4fa0106b8c42. doi: 10.1371/annotation/5fe23e20-573f-48d7-b284-4fa0106b8c42 | View correction With the world’s population now in excess of 7 billion, it is vital to ensure the chemical and microbiological safety of our food, while maintaining the sustainability of its production, distribution and trade. Using UN databases, here we show that the international agro-food trade network (IFTN), with nodes and edges representing countries and import-export fluxes, respectively, has evolved into a highly heterogeneous, complex supply-chain network. Seven countries form the core of the IFTN, with high values of betweenness centrality and each trading with over 77% of all the countries in the world. Figures

Roger Penrose's New Idea: The Story and The Verdict : Starts With A Bang “Nullius in Verba. (Take nobody’s word for it.)” -Motto of the Royal Society The European Library is now in Europeana Library records with digital media have been moved to Europeana, and you can also find the fulltext Newspaper collection. The European Library (TEL) was launched by the Conference of European National Librarians (CENL) in 2004 as the union catalogue of European national libraries and then became a web portal and open data hub for national library data in Europe. Its success led to the European Commission asking CENL to set up what later became Europeana. The European Library disseminated library data in a variety of ways to promote its wider use. TEL was the biggest provider to Europeana, a digital platform for cultural heritage funded by the European Commission.

Spider Silk Is Strong Because It's Smart Spider silk is well known for some spectacular properties. It is stronger than steel and tougher than Kevlar yet flexible enough to be spun into a wide variety of shapes. New research shows that the material is not only strong but also smart. “Spider silk has a particular way of softening and then being stiff that is really essential for it to function properly,” said engineer Markus J. Buehler of the Massachusetts Institute of Technology, who co-authored the new study, which appears in Nature Feb. 2. Video Tutorials Up-cycled Beaded Silk Wrap Bracelet Tutorial Irish Linen Sparkly Wrap Bracelet Tutorial Beaded Wrap Bracelet – Waxed Irish Linen Tutorial FRONTIERS IN MICROBIOLOGY 06/07/15 Crassostrea gigas mortality in France: the usual suspect, a herpes virus, may not be the killer in this polymicrobial opportunistic disease 1LEMAR UMR 6539, Ifremer, Argenton-en-Landunvez, France2Unité Physiologie Fonctionnelle des Organismes Marins, Ifremer, Plouzané, France3CNRS, Equipe Génomique des Vibrios, LBI2M, UPMC Paris 06, UMR 8227, Integrative Biology of Marine Models, Sorbonne Universités, Roscoff, France Successive disease outbreaks in oyster (Crassostrea gigas) beds in France have resulted in dramatic losses in production, and subsequent decline in the oyster-farming industry. Deaths of juvenile oysters have been associated with the presence of a herpes virus (OsHV-1 μvar) and bacterial populations of the genus Vibrio. Although the pathogenicity of OsHV-1 μvar, as well as several strains of Vibrio has been demonstrated by experimental infections, our understanding of the complexity of infections occurring in the natural environment remains limited.

A Cosmic Smashup and a Dark Matter Mystery? : Starts With A Bang “I soon became convinced… that all the theorizing would be empty brain exercise and therefore a waste of time unless one first ascertained what the population of the Universe really consists of.” -Fritz Zwicky You very likely know that there are four fundamental forces in the Universe: gravity, electromagnetism, and the weak and strong nuclear forces. Meme Generator The Fastest Meme Generator on the Planet. Easily add text to images or memes. erase Draw Study shows brain flexibility, gives hope for natural-feeling neuroprosthetics Opening the door to the development of thought-controlled prosthetic devices to help people with spinal cord injuries, amputations and other impairments, neuroscientists at the University of California, Berkeley, and the Champalimaud Center for the Unknown in Portugal have demonstrated that the brain is more flexible and trainable than previously thought. Their new study, published March 4 in the advanced online publication of the journal Nature, shows that through a process called plasticity, parts of the brain can be trained to do something they normally do not do. The same brain circuits employed in the learning of motor skills, such as riding a bike or driving a car, can be used to master purely mental tasks, even arbitrary ones. Over the past decade, tapping into brain waves to control disembodied objects has moved out of the realm of parlor tricks and parapsychology and into the emerging field of neuroprosthetics. "This is something that is not natural for the rats," said Costa.

Little Tin Bird » Basic Granny Square Pattern As promised, here is my pattern for the Basic Granny Square. I didn’t invent this pattern in the slightest, (obviously) but I’m going to show you step by step how to make the basic granny square. When I started to learn I couldn’t find a pattern that I could understand easily and so I hope to change that by doing one with lots of pictures :-) This is the pattern I used to make the squares for the Granny Alice blanket (above). For this pattern, you will need to know how to chain stitch, and how to make a UK treble (TR) stitch.

FAO 11/05/11 Animal diseases in Africa and their linkages with climate change 11 May 2011 - Throughout the African continent, diseases that are transmitted through livestock or wildlife can cause death and illnesses in susceptible human populations. Some examples include Crimean-Congo Hemorrhagic Fever (CCHF), a transmissible tick-borne viral infection; Rift Valley Fever (RVF), a mosquito-borne viral disease mainly affecting ruminants; Lassa Fever (LF), an acute viral illness that is transmitted by Mastomys rodents; and Trypanosomiasis, a tsetse-fly transmitted infectious disease unique to the tropics. Outbreaks of these diseases brings further impoverishment to Africans who are already poor, food insecure, and suffering from other health problems such as malnutrition, tuberculosis, HIV/AIDS, malaria, and diarrheal diseases. Now, as in the past, Africa is experiencing a number of phenomena that may influence the emergence of diseases in animals and humans.