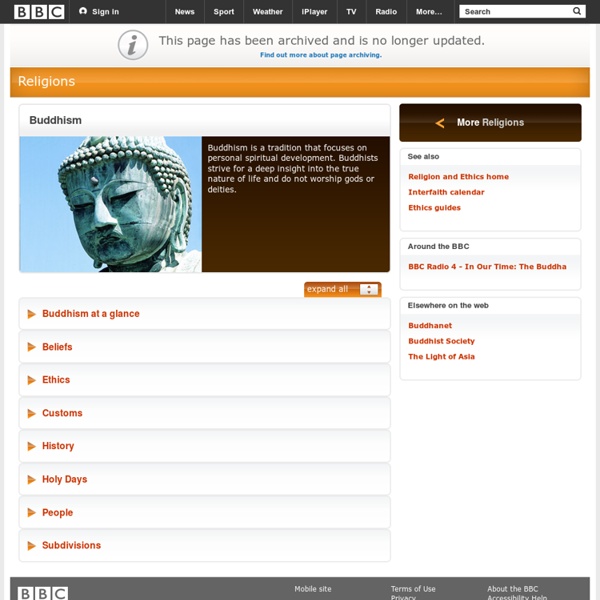 How to do Everyday Buddhism - Ken Jones Zen Below I have tried to explain my understanding of ”Everyday Buddhism” in a concise paper designed to assist the reader, step by step, to learn what is involved in its practice. It incorporates the essentials learnt from over ten years of leading retreats. It is aimed at any reader -- student or teacher -- who would like to experience the practice at first hand, and hence includes framed DiY exercises. Exercises are offered for you to reflect and meditate on experiences in your life so as to bring a more personal and deeply felt awareness into whatever I am trying to define and describe. Everyday Buddhism is not a new kind of Buddhism, but is hospitable to most Buddhist traditions. My version of Everyday Buddhism owes much to the pioneers whose books will be found at the end of this section, and whose work I gratefully acknowledge. “Everyday Buddhism” is here, on this page, concerned exclusively with the canonical Buddhism of the textbooks and the Dharma talks. Our Authentic Nature

Monsoons at mrdowling.com Siddhartha Gautama was a prince who lived in the kingdom of Sakyas, near the present day border of India and Nepal, more than 2500 years ago. The young prince was raised in great luxury, but he was not happy. Siddhartha left his palace and lived as an ascetic. Siddhartha told other people of his enlightenment. The Buddha taught his followers to seek balance in their lives. neither through indulgence nor denial, but a “middle way.” Buddhists look within themselves to find peace; they believe they can find the path to Nirvana through meditation and karma. The Buddha did not want his teachings to replace other faiths, but today over three hundred million Buddhists in all parts of the world adhere to his philosophy. Download this lesson as Microsoft Word file or as an Adobe Acrobat file. c\

Triratna Buddhist Community The Triratna Buddhist Community (formerly the Friends of the Western Buddhist Order (FWBO)) is an international fellowship[1] of Buddhists, and others[2] who aspire to its path of mindfulness, under the leadership of the Triratna Buddhist Order (formerly the Western Buddhist Order). It was founded by Sangharakshita in the UK in 1967,[1] and describes itself as "an international network dedicated to communicating Buddhist truths in ways appropriate to the modern world".[3] In keeping with Buddhist traditions, it also pays attention to contemporary ideas, particularly drawn from Western philosophy, psychotherapy, and art.[4] Worldwide, more than 100 groups are affiliated with the community, including in North America, Australasia and Europe. The community has been described as "perhaps the most successful attempt to create an ecumenical international Buddhist organization,"[8] and "an important contributor to Buddhism on the world stage Practices and activities[edit] These phases are:

Pilgrim Foxes - Ken Jones Zen “Pilgrim Foxes: Haiku & Haiku Prose” (co-authored with James Norton and Sean O’Connor). Pilgrim Press, Aberystwyth. 2001. ISBN 0-9539901-0-9. Ken Jones’s contribution comprises six haibun and 53 freestanding haiku. Two of the haibun and seventeen of the haiku are reproduced below. The Samurai Paper Knife Rooted out in autumn livid again in spring the weed in the chimney stack In the mail it is the elegant grey envelope that stands out. A hint of scent this one delicately slit Two sheets of the same grey paper. The swivel chair squeaks awkwardly. I place the photo inside the unread letter and look about my well lived study. Field glasses case in battered leather its lid hangs open I get up from my desk and go over to the fire. Out of the darkness wind chimes made of bones Flintstone Millennium Unmistakably Saxon, that little window in the tower. The great key turns effortlessly, the door swings open without a sound. Among the hammer beamsa sudden rustlingof dusty angel wings Butterfly hovers

A Bite of Buddhism The four sublime mental states are qualities of mind that we cultivate in order to alleviate the suffering we experience in everyday life and to feel more connected to others—and the worries and fears we all share. In the language of the Buddha (Pali), they are called the brahma viharas , which means "the dwelling place of awakened beings." The good news for us unawakened beings is that it's easy to begin cultivating the brahma viharas . Indeed, they are an integral part of other religious, spiritual, and humanistic traditions. Metta . I like to think of metta as the simple act of well-wishing. Sylvia once said that she practices metta by just looking at a person and silently saying, "I love you." Karuna . The Vietnamese Zen master, Thich Nhat Hanh, helped me learn to cultivate compassion for myself. Mudita . Just as metta is an antidote for our judgmental tendencies, mudita is the perfect antidote for envy. Upekkha .

Arrow of Stones - Ken Jones Zen “Arrow of Stones: Haibun by Ken Jones with Japanese translation by Nobuyuki Yuasa and Akiko Sakaguchi" British Haiku Society, Sheldon (Essex), 2002. ISBN 0-95223974-4. Comprises eleven haibun of which six are reproduced below. “…the work of a very gifted writer” – Lucien Stryk The Spirit Level Dedicated to fellow haijin John Crook, who died of cancer 16 April 2001 In this life we walk on the roof of hell and view the flowers -- Kobayashi Issa “Next Wednesday – we’ll phone the results to you between 4 and 5. After the biopsy, sweet coffee in a styroform cup. Coiling and drifting smoke from a new-lit fir sunbright blue Just enough worn old bricks to build the steps. She has set out our lunch with care. So sorry. I go wring out the washing hang it out to dry Back to the summer house, trying not to disturb the new steps. From west to east we flee together. Blackened niche last year’s nest where a saint once stood Home for more tests. Bone scan the length of a Brandenburg Concerto Judgement Day, at 11.30am.

Buddhism: Introduction As of July 1, 2013 ThinkQuest has been discontinued. We would like to thank everyone for being a part of the ThinkQuest global community: Students - For your limitless creativity and innovation, which inspires us all. Teachers - For your passion in guiding students on their quest. Partners - For your unwavering support and evangelism. Parents - For supporting the use of technology not only as an instrument of learning, but as a means of creating knowledge. We encourage everyone to continue to “Think, Create and Collaborate,” unleashing the power of technology to teach, share, and inspire. Best wishes, The Oracle Education Foundation

1. The Lifelong Lawsuit Against Reality - Ken Jones Zen We must begin with how we actually experience our life. And more particularly by enquiring what it is that moves us to undertake Buddhist practice. Unfortunately our concern may be rather abstract and distanced from our self, like, what is the meaning of life? Or it may be posed in objective terms, pointing away from the self, like, why is there something terribly wrong with the world? Or, more subtly, how can this self achieve the prize of "enlightenment"? We may fail to appreciate that, since Buddhism is about how we experience the difficulties in our life, then our inquiry must be directed inwards, into who or what is doing the inquiring? To study Buddhism is to study the self;to study the self is to forget the self;to forget the self is to be enlightened by all things 1 Meditation To be able to pursue our inquiry with clarity it is essential that we become experienced meditators. Meditation is not a means by which the self can make itself calm and tranquil. The Lawsuit Inquiry

eBooks:Buddhist Meditation eBooks This work, by Ven. Henepola Gunaratana, provides an analytical study of the Jhãnas, as they are an important set of meditative attainments in the contemplative discipline of Theravãda Buddhism. Despite their frequent appearance in the texts, the exact role of the Jhãnas in the Buddhist path has not been settled with unanimity by Theravãda scholars, who are still divided over the question as to whether they are necessary for attaining Nibbana. For source material the work relies upon the three principal classes of authoritative Theravãda texts: the Pali Tipitaka, its commentaries, and its sub-commentaries.

Handbook for Life: 52 Tips for Happiness and Productivity By Leo Babauta This is something I’ve been wanting to write for some time — a Handbook for Life. Now, is there any handbook that can be a guide to every single person? It’ll also become apparent from the links in this handbook that I’ve written about this stuff before. How to use this handbook This handbook is not meant to be a step-by-step guide, nor should you adopt all the tips below. Pick and choose the tips that will be most useful to you. 52 Tips for Happiness and Productivity Try rising early.