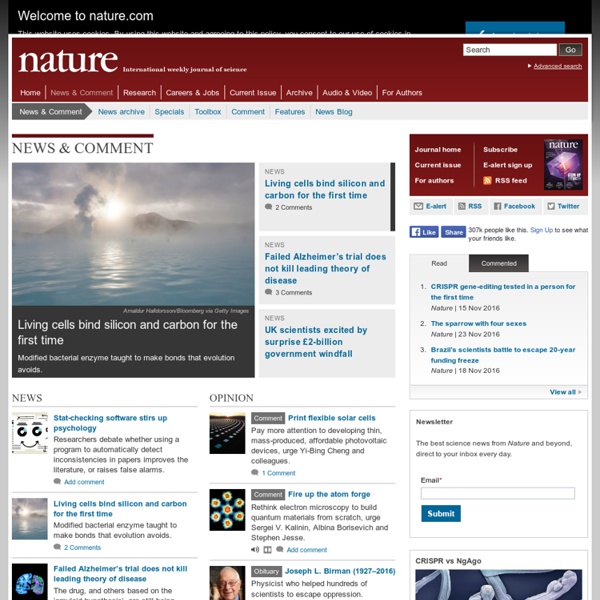 New Scientist : Science and technology news Humans25 November 2016 Language trends run in mysterious 14-year cycles An analysis of nouns used over 300 years of writing shows their popularity regularly rising and falling, which may hint at a pattern to how language evolves UK BAP The UK Biodiversity Action Plan (UK BAP) was published back in 1994, and was the UK Government’s response to the Convention on Biological Diversity (CBD), which the UK signed up to in 1992 in Rio de Janeiro. The UK was the first country to produce a national biodiversity action plan, and the UK BAP described the biological resources of the UK and provided detailed plans for conservation of these resources. Action plans for the most threatened species and habitats were set out to aid recovery, and national reports, produced every three- to five-years, showed how the UK BAP was contributing to the UK’s progress towards the significant reduction of biodiversity loss called for by the CBD.

California Seafloor Mapped By USGS - Science News - redOrbit.url August 12, 2013 Image Caption: Three sea stars on a rock, surrounded by a sandy seafloor littered with broken shells. Each sea star is approx. 10 - 15 cm (4-6 inches) across. Image acquired 4.5 km (3 miles) offshore Pigeon Point, southern San Mateo County, California at a depth of 52 meters. Credit: USGS Makeblock : Next Generation of Construct Platform by Makeblock Update #2: Using Makeblock to DIY a 3D (Chocolate) printer What is Makeblock? Makeblock is an aluminum extrusion based construct platform that can be used to bring your creations to life. With Makeblock you can make professional and steady robots, machines or even art-ware. The only limit is what you can think of.

Science - National Geographic Science is the study of the organisation and behaviour of the physical world through observation and experimentation. Or in more simple terms, discovering how things in the universe work. While there are many ways to group the fields of science, they are commonly divided into three groups – formal sciences (such as mathematics), natural sciences (such as biology) and social sciences (such as anthropology). Science existed in a general sense in historical civilisations, but it wasn’t until the 19th century that modern science began to transform our view of the universe. One of the great early scientists was Galileo Galilei, an Italian thinker whose pioneering observations laid the foundation for modern physics and astronomy, who was referred to as the father of modern science by no less than Albert Einstein.

Say Hi to hydrogen!.url If the hydrogen originates in water, hydrogen energy makes a closed loop: the waste product (water) supplies more fuel (water), with essentially no bothersome pollutants and carbon dioxide. That would do wonders for the threat of global warming, and strip mining, oil spills and acid rain. But how to make hydrogen? Astronomy Blogs The normally faint quasar CTA 102, once thought to harbor an advanced civilization and made famous in a 1967 song by the Byrds, is currently bright enough to see in an 8-inch telescope. In the history of SETI, the Search for Extraterrestrial Intelligence, there have been two great false alarms. The first occurred in 1963… There's a good chance to catch a rocket launch at dusk on Saturday night, when an Atlas V rocket with GOES-R takes to space. With our eyes often glued to the bright classical planets, Uranus is easy to overlook.