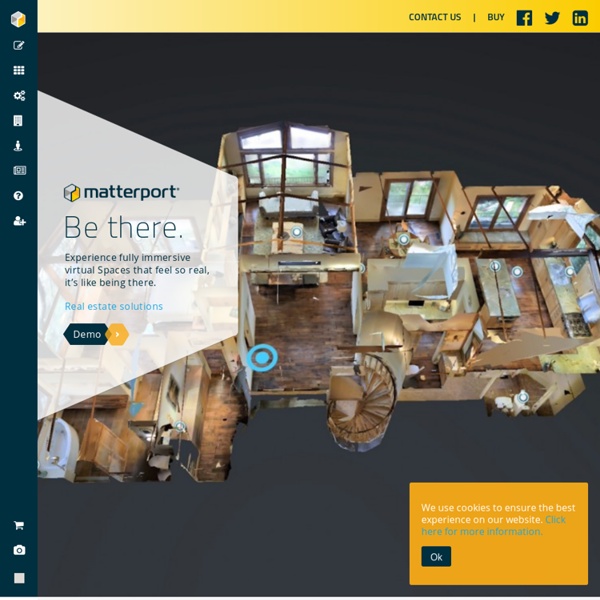 Open Source Photogrammetry: Ditching 123D Catch – We Did Stuff This is part one in a series on open source photogrammetry. In part two, I’ll flesh out more VFX-centric application of this workflow. Before I start, big thanks to: Dan Short: for showing me his awesome 123d models that sparked this whole ideaHannah Davis: debugging + emotional support + snacks So a few weeks ago, Dan Short showed me 123D Catch. ReconstructMe and Realistic 3D Scans May 10, 2012 in Scanning by Tim Owens I’ve been playing recently with a great new piece of software called ReconstructMe which is free for now and Windows only. It uses the Xbox Kinect (an incredibly worthwhile investment for 3D scanning) to create 3D models. The greatest thing about this software is it stitches together scans in realtime so 360 degree scanning is easier than it has ever been before and the results are stunning. For this print I sat in a rolling chair with the Kinect mounted on a tripod faced at an angle and slowly turned 360 degrees to build it. I then used Tony Busers incredible video on cleaning up 3D scans to patch the holes, smooth out the rough areas, decrease the polygon count, and get a nice flat cut on the bottom to print on.

Photogrammetry in Archaeology Photogrammetry is definitely the “new” thing in archaeology, slowly clawing its way into how we treat and record archaeological sites. As far as its potentials go though, there is still a lot of research to be done, in order to assess the uses that this technology has, but also the limits that we will have to deal with on a day to day basis. One of the aspects that has always interested me is a question of scale. We’ve seen before that Photogrammetry deals well with anything ranging from an arrowhead to a small trench (4×6 is the maximum I have managed before, but there is much larger stuff out there). Smaller objects are hard to do cheaply, as the right lenses become essential, but larger stuff should be entirely possible to do with the right considerations in mind.

Games Sphero Macrolab Create easy, repeatable programs and macros for Sphero. Arrange simple commands and settings in any combination you choose to let Sphero drive autonomously, follow unique patterns, and more, all while learning basic programming. SynthEyes Camera Tracker - Andersson Technologies LLC What is SynthEyes? SynthEyes is a Windows, Mac, or Linux software application for 3-D camera-tracking, also known as match-moving, which is widely used in film, television, commercial, and music video post-production. SynthEyes can look at the image sequence from your live-action shoot and determine how the real camera moved during the shoot, what the field of view (~focal length) was, and where various features were in 3-D, so that you can create computer-generated imagery that exactly fits into the shot.

3D Scan 2.0 Scanning The only things you need are our framework, the Kinect and some AR markers. Therefor we constructed some Scan Tablets Point Cloud After scanning the object you get a colored point cloud. Auto Advertising Startup adverCar Raises $2M From Canaan Partners, 1-800-Flowers, And Others AdverCar, a startup promising to make it easy for drivers to turn their vehicles into rolling advertisements, has raised a $2 million seed round. The funding was led by Canaan Partners, with participation from 1-800-Flowers, Branford Castle Private Equity, New Orleans Startup Fund, Jit Saxena, and the TiE Angels Boston. 1-800-FLOWERS CEO Jim McCann and Canaan partner Deepak Kamra are joining adverCar’s board of directors. Founder and CEO Neil Turner said there are other companies offering to wrap cars in advertising, but only adverCar has a solution that’s easy and affordable for advertisers.

The Art of Photogrammetry: Introduction to Software and Hardware Our brains perceive depth by comparing the images that our eyes see. If you alternatively close each of your eyes, you will notice that the object you see will seem to shift left and right. An object that is closer, will seem to shift more than an object that is farther away. Using Kinfu Large Scale to generate a textured mesh This tutorial demonstrates how to use KinFu Large Scale to produce a mesh (in meters) from a room, and apply texture information in post-processing for a more appealing visual result. The first part of this tutorial shows how to obtain the TSDF cloud from KinFu Large Scale. The second part shows how to convert the TSDF cloud into a uniform mesh. The third part shows how to texture the obtained mesh using the RGB images and poses we obtained from KinFu Large Scale. TSDF Cloud

2 Nikon D90 cameras, 3D portraits Alex Fry and Jamie Nimmo will have a 3D photography exhibition "Stereo Portrait Project" in Sydney Australia on 27th May (scroll down for the full press release). Here is the technical background: For the Stereo Portrait Project, we used off the shelf hardware and software, from the cameras, lighting, triggering, post production to the printing of the book. We shot using Nikon d90's with shutter cables connected to an RF trigger. E La Carte Releases More Powerful Version Of Customized Tablet For Restaurants E la Carte, a company that develops a tableside tablet for the restaurant and related hospitality industries, is debuting a brand new version of its hardware for restaurants. As we’ve written in the past, E la Carte launched Presto earlier this year to bring user-friendly tablets to restaurants to bring efficiency to the tableside and ordering experience. The 7-inch tablet includes a digital menu that lets you sift through the restaurant’s food and drink selection via photos and detailed descriptions using a touch-screen interface. There’s also a section for payments and games, including trivia and a drawing app. The new tablet has been completely reformatted for restaurant use. For example, E la Carte made the battery life last much longer (20 hours) and the hardware has been ruggedized for heavy restaurant use and spills.

Sensor Fusion We propose an automatic procedure for combining digital images and laser scanner data in order to have a full representation of a scene. In particular, this procedure will serve photogrammetric close range applications such as 3D digital preservation and documentation of cultural heritages by generating comprehensive virtual reality models. Our method is based on a bundle block adjustment for the orientation estimation of generated images from laser data and camera images by means of an optimized Structure-from-Motion reconstruction method. This results in having target-free registration of multiple laser scans and absolute image orientations. The developed procedure was applied to the dataset of the Lady Chapel of the Hirsau Abbey ruins, which was acquired using the Faro Focus3D with 9 scans; see figure 1 right. Once the relative orientations of all images are determined in absolute coordinate system, a direct registration of multiple laser scans can be achieved.