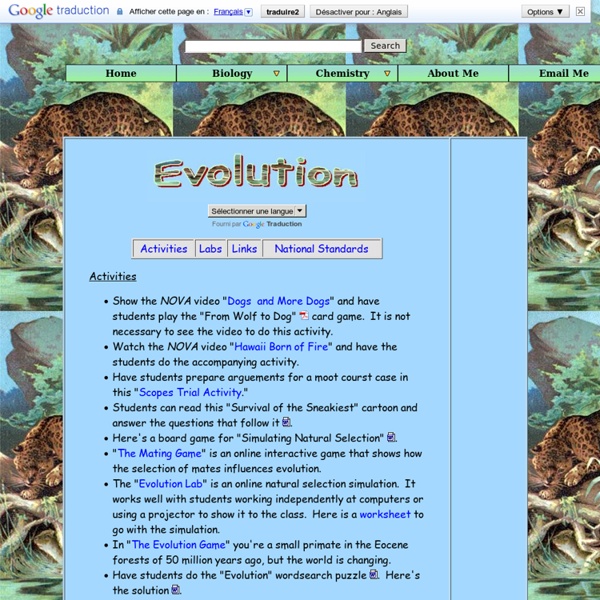 DNA from the Beginning - An animated primer of 75 experiments that made modern genetics. Peppered Moth Simulation Name:______________________________________________ Objective: Simulate changes in moth population due to pollution and predation, and observe how species can change over time. Introduction: Charles Darwin accumulated a tremendous collection of facts to support the theory of evolution by natural selection. One of his difficulties in demonstrating the theory, however, was the lack of an example of evolution over a short period of time, which could be observed as it was taking place in nature. The economic changes known as the industrial revolution began in the middle of the eighteenth century. Instructions: Click the link below to read more information on Kettlewell's study of moths. After 5 minutes record the % of dark moths and light moths - you will need this information later. Peppered Moth Simulation at peppermoths.weebly.com Data and Analysis Read the background information and answer the questions as you go. Life Cycle of the Peppered Moth 1. 2. 3. 4. 5. 6. Impact of Pollution 7. 8. 9.

Evolution Lab at biologyinmotion.com In this lab, you will use a computer simulation to track a population of organisms as they evolve. You will take data on the number and varieties of the organisms and graph them to show change over time and determine how two factors: MUTATION RATE and SELECTION STRENGTH affect how populations evolve. Instructions 1. 2. 3. The Simulations Simulation A - The purpose of this simulation is to determine how the mutation rate affects the evolution of your population. Print Blank Data Tables (doc) and collect data as you run the simulation. Simulation B - The purpose of this simulation is to determine how selection strength affects the evolution of your population. Fill out the data table and create a graph for simulation B. Analysis Answer the following questions on a separate page, title this page "Evolution Simulation" and make sure your name is on it. 1. 2. 3. **At the end of this web activity, you will have turned in the following documents: Data tables 2 Graphs Analysis Questions

Extraordinary Adaptation Modern genetics The driving force for molecular evolution of translation Natural Selection Hands On Lesson Plan Students tend to understand concepts better after performing hands on activities that reinforce the ideas they are studying. This lesson plan on natural selection can be used many different ways and can be changed to meet the needs of all types of learners. Materials 1. 2. 3. 4. Procedure Each group of four students should: 1. 2. 3. 4. 5. 6. 7. Suggested Discussion Questions 1. 2. 3. 4. 5. 6. 7. 8. 9. This lesson plan was adapted from one shared by Dr.

Charles Darwin's ecological experiment on Ascension isle 1 September 2010Last updated at 11:39 By Howard Falcon-Lang Science reporter, BBC News Cloud forest now forms a damp oasis on Ascension's highest peak A lonely island in the middle of the South Atlantic conceals Charles Darwin's best-kept secret. Two hundred years ago, Ascension Island was a barren volcanic edifice. Today, its peaks are covered by lush tropical "cloud forest". What happened in the interim is the amazing story of how the architect of evolution, Kew Gardens and the Royal Navy conspired to build a fully functioning, but totally artificial ecosystem. By a bizarre twist, this great imperial experiment may hold the key to the future colonisation of Mars. The tiny tropical island of Ascension is not easy to find. Its existence depends entirely on what geologists call the mid-Atlantic ridge. Ascension is one of a number of volcanic islands in the South Atlantic However, because Ascension occupies a "hot spot" on the ridge, its volcano is especially active. A new island was born.