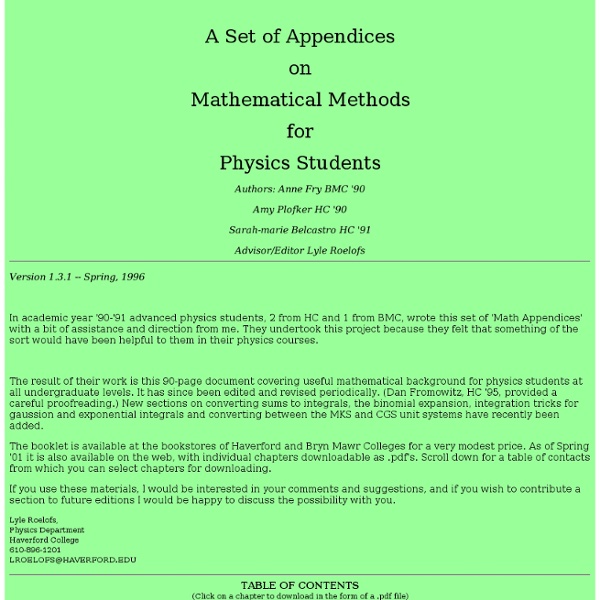 Elementary Concepts in Statistics In this introduction, we will briefly discuss those elementary statistical concepts that provide the necessary foundations for more specialized expertise in any area of statistical data analysis. The selected topics illustrate the basic assumptions of most statistical methods and/or have been demonstrated in research to be necessary components of our general understanding of the "quantitative nature" of reality (Nisbett, et al., 1987). We will focus mostly on the functional aspects of the concepts discussed and the presentation will be very short. Further information on each of the concepts can be found in statistical textbooks. What are Variables? Variables are things that we measure, control, or manipulate in research. Correlational vs. Most empirical research belongs clearly to one of these two general categories. Dependent vs. Independent variables are those that are manipulated whereas dependent variables are only measured or registered. Measurement Scales Magnitude (or "size").

lanl.arxiv.org e-Print archive mirror Einstein for Everyone - StumbleUpon Einstein for Everyone Nullarbor Press 2007revisions 2008, 2010, 2011, 2012, 2013 Copyright 2007, 2008, 2010, 2011, 2012, 2013 John D. All Rights Reserved John D. An advanced sequel is planned in this series:Einstein for Almost Everyone 2 4 6 8 9 7 5 3 1 ePrinted in the United States of America no trees were harmed web*bookTM This book is a continuing work in progress. January 1, 2015. Preface For over a decade I have taught an introductory, undergraduate class, "Einstein for Everyone," at the University of Pittsburgh to anyone interested enough to walk through door. With each new offering of the course, I had the chance to find out what content worked and which of my ever so clever pedagogical inventions were failures. At the same time, my lecture notes have evolved. Its content reflects the fact that my interest lies in history and philosophy of science and that I teach in a Department of History and Philosophy of Science. This text owes a lot to many. i i i

Quadratic Equations: Quadratic Formula Consider the general quadratic equation with . First divide both sides of the equation by a to get which leads to Next complete the square by adding to both sides Finally we take the square root of both sides: or We call this result the Quadratic Formula and normally write it Remark. and Example: Use the Quadratic Formula to solve Solution. . Please go to General Conclusion to find a summary of all the cases regarding the roots of a quadratic equation. [Algebra][Complex Variables] [Geometry][Trigonometry ] [Calculus][Differential Equations][Matrix Algebra] S.O.S MATHematics home page Do you need more help? Copyright © 1999-2019 MathMedics, LLC.

Erasing history? Temporal cloaks adjust light's throttle to hide an event in time Researchers from Cornell University in Ithaca, N.Y., have demonstrated for the first time that it's possible to cloak a singular event in time, creating what has been described as a "history editor." In a feat of Einstein-inspired physics, Moti Fridman and his colleagues sent a beam of light traveling down an optical fiber and through a pair of so-called "time lenses." Between these two lenses, the researchers were able to briefly create a small bubble, or gap, in the flow of light. During that fleetingly brief moment, lasting only the tiniest fraction of a second, the gap functioned like a temporal hole, concealing the fact that a brief burst of light ever occurred. The team is presenting their findings at the Optical Society's (OSA) Annual Meeting, Frontiers in Optics (FiO) 2011 ( taking place in San Jose, Calif. next week. To test the performance of their temporal cloak, the researchers created pulses of light directly between the two lenses.

free university lectures - computer science, mathematics, physic Whether your goal is to earn a promotion, graduate at the top of your class, or just accelerate your life, lectures can help get you there. Our archives of lectures cover a huge range of topics and have all been handpicked and carefully designed by experienced instructors throughout the world who are dedicated to helping you take the next step toward meeting your career goals. Lifelong learns can turn their free time turn into self-improvement time. The online lectures on this list are more than lecture notes or a slideshow on a topic -- they were designed for audiences like you, with carefully sequenced themes and topics taught by veteran educators, and often with additional resources for your own independent study. The lectures are available to anybody, completely free of charge. Lecture courses are a valid and vital learning tool, and may be one of the best methods of learning available.

Russell's Paradox First published Fri Dec 8, 1995; substantive revision Tue Dec 3, 2013 Russell's paradox is the most famous of the logical or set-theoretical paradoxes. Also known as the Russell-Zermelo paradox, the paradox arises within naïve set theory by considering the set of all sets that are not members of themselves. Such a set appears to be a member of itself if and only if it is not a member of itself. Hence the paradox. Some sets, such as the set of all teacups, are not members of themselves. Although also noticed by Ernst Zermelo, the contradiction was not thought to be important until it was discovered independently by Bertrand Russell in the spring of 1901. 1. Is R a member of itself? As Russell tells us, it was after he applied the same kind of reasoning he found in Cantor's diagonal argument to a “supposed class of all imaginable objects” that he was led to the contradiction: 2. Russell wrote to Frege with news of his paradox on June 16, 1902. 3. As Whitehead and Russell explain, 4.