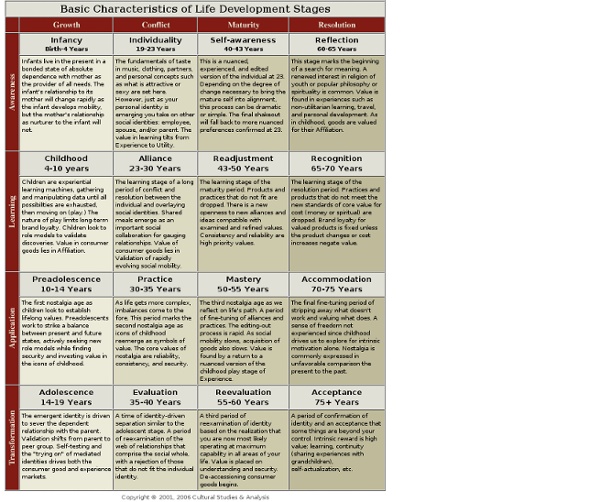 Where the Word "Echo" Comes From Embed This Quick Fact: <a href=" title="Where the Word “Echo” Comes From"><img src=" alt="" title="Where the Word “Echo” Comes From" border="0" /></a><br />Source: <a href=" title="Random Quick Facts">Random Quick Facts</a> Click Here for Sources and to Learn More Interesting Echo Related Facts The word “echo”, as we use it, comes from Greek mythology. Echo was a Nymph whose job it was to talk to Hera constantly while Zeus was having affairs, thus distracting Hera. When Hera found out, she cursed Echo to only be able to repeat what someone else had said, thus, the word “echo”.

Optical illusion cut-out and fold characters This article is automatically post by WP-AutoPost. The Pixar Theory an Interactive Story, by @97thfloor #pixartheory 8 Signs You Are Good In Bed 1. You can dance. Now before all of you start coming at me from every corner of Reddit to cut me off at the pass of my misandry, fedoras clutched in your gnarled fingers and neckbeards springing forth from your quivering underchin like a thousand resilient dandelions, hold on. I don’t mean that those who are incapable of getting past the first two rounds of So You Think You Can Dance are destined to remain shriveled virgins. We don’t all have to be the non-horrific version of Chris Brown when it comes to moving our feet along a dance floor. 2. If you often find yourself referring to things as “gay” or “girly” or “lesbo” or “pussy,” and have a laundry list of things you will not do, wear, say, or try because they somehow threaten your ability to be yourself in your own gender and sexuality — chill. 3. We all know what that move is. 4. Someone wants to tell you something. 5. 6. 7. 8. (No, I couldn’t.)

6 Myths Everyone Believes about Space (Thanks to Movies) #3. Meteorites Are Hot Let's say a meteorite landed in your yard, right now. You run out there and see the thing sitting in a little crater. Would you touch it? Hell, no. It's never Dave's mom's house that these things crash into, is it? Although we realize this is not the most scientifically accurate of movies, that's the one scene they might have gotten right. The Reality: Said chunks of rock have been in the balls-shriveling cold of space (about 3 degrees above absolute zero) for billions and billions of years. WikipediaLess dangerous than a Hot Pocket. But what about the fireball, then? In fact, the fireball has little to do with the actual physical meteor. WikipediaWith those wriggly tails this is all starting to look like interstellar bukkake. The phenomenon actually does manage to heat up the outer layers of the meteor somewhat, but since those always get blown off on impact, that doesn't really matter. #2. In the red corner: Human. In the blue corner: The Vacuum of Space. #1. Getty

22 Ridiculously Cool Rare Natural Phenomena That Happen on Earth 1. Bioluminescence www.philhart.com www.solentnews.co.uk The spooky light is created by a chemical reaction called “bioluminescence”, which happens when tiny organisms in the water are disturbed. 2. www.someinterestingfacts.net A supercell is basically a stronger, more tornado-enabled version of a regular storm cell. 3. www.listverse.com This cool picture depicts a lightning storm that takes place in the middle of a volcanic eruption. 4. www.npr.org These rare shapes are formed—under perfect temperature conditions only—when a mass of snow either falls or is blown by the wind. 5. These colorful offshoots are a large halo of refracted light, and despite their nickname, they have nothing to do with either fire or rainbows. 6. www.en.wikipedia.org www.bbc.co.uk www.crystalinks.com They are stationary lens-shaped and sometimes multi-layered clouds that form at high altitudes. 7. www.travelization.net Auroras or polar lights are mesmerizing natural light display in the skies of high latitude regions.

Become Any Character While You Chat with FaceRig It’s not always cool when modern technology finally catches up to real life. Case in point: smart watches. Yeah they were cool when TV spies had them, but they’re kind of awkward in real life. Just use a phone like a normal person. Via: Red Ferret Just Delete Me | A directory of direct links to delete your account from web services. 575 Wallpapers (All 1080p, No watermarks) The Complete Guide to Suits: 57 Rules of Style Blazer ($1,595), pants ($295), and shirt ($295) by Burberry Prorsum. Tie ($130) by Band of Outsiders. Pocket square ($65 for three) by Brooks Brothers. Rule #1 We've said it before and we'll say it again: Fit is everything. (See above.) Even the world's most expensive suit will look bad if it isn't tailored to the contours of your body. Rule #2 Some think button-down collars are for casual wear only, but they can work great with dressier looks as well. Rule #3 Polka dots are a great way to bring energy to a suit. Rule #4 A tried-and-true pattern like herringbone or glen plaid in a muted shade makes an impression without crossing into the realm of garishness. Above: Suit ($3,595) by Isaia. Rule #5 Visible stitches around the edges of your lapels (called pick-stitching) aren't necessarily a sign of a well-made garment anymore. Rule #6 Some say you shouldn't cut the stitching in your jacket pockets, because putting objects in them will cause your jacket to lose its shape.

50 Life Secrets and Tips Memorize something everyday.Not only will this leave your brain sharp and your memory functioning, you will also have a huge library of quotes to bust out at any moment. Poetry, sayings and philosophies are your best options.Constantly try to reduce your attachment to possessions.Those who are heavy-set with material desires will have a lot of trouble when their things are taken away from them or lost. Possessions do end up owning you, not the other way around. Read “Zen and the Art of Happiness” by Chris Prentiss.This book will give you the knowledge and instruction to be happy at all times regardless of the circumstances. Wouldn’t it be awesome if you could boldly display 50 life secrets and tips on your wall to serve as a beautiful, daily reminder of how to live a Higher Existence?

nofilmschool Now, if there's one thing in the world I am down with, it's Stanley Kubrick. (That link goes to just one of the literally 9,000 posts I've done for No Film School on the filmmaker, Bronx native, and beard enthusiast.) Sometimes I write bathroom graffiti essays about Kubrick just 'cause. Almost 16 years since his death in 1999, Stanley Kubrick is still a relevant subject for debate and scholarship of all manner, from the most erudite to the seriously down the rabbit hole. A "recluse" in life (and if he was a recluse, then I'm some sort of desert hermit with Wi-Fi), Kubrick refused to let the public into either his life, or his films. And that film in particular, as a proxy for his whole body of work, is the perfect example of the degree to which his films transcend film (yes, I've been away at pretension camp) and become a category of almost gnostic mysticism (see?) "Enough of words.