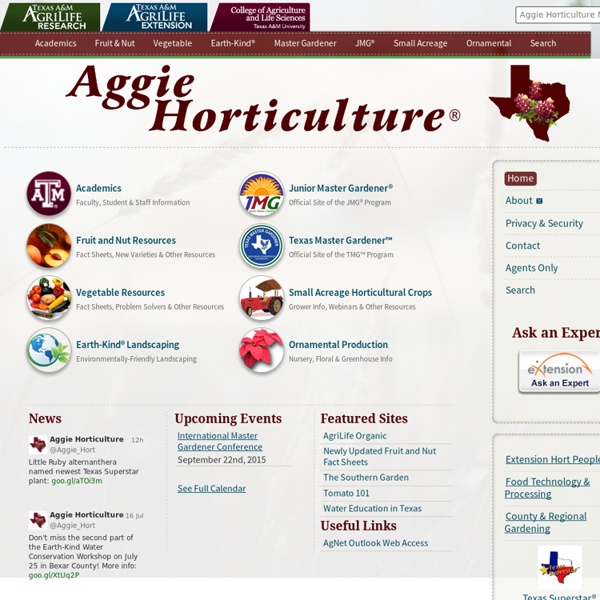 www.austinchronicle.com/issues/spec/greenbuild/greywater.html Greywater by Suzy Banks Thousands of otherwise law-abiding citizens are greywater hoodlums. You know who you are, with your washing machine draining onto your lawn or your bathtub water drenching your prized petunias. According to Jim Fulton, an engineering associate with the Austin-Travis County Health Department, there's still a chance of bacterial contamination from typical greywater sources: showers and tubs, bathroom sinks, and washing machines. The majority of greywater systems - the engineered, legal kind - that Fulton and company encounter and approve are for properites west of town not serviced by city sewage. This doesn't mean you can't have a safe and legal greywater system in the middle of town. The most easily understood descriptions of greywater treatment that I've found are in the book Homing Instincts by John Connell. Resources: The Sustainable Building Sourcebook The City of Austin's Environmental and Conservation Services/Green Builder Program; 499-7822 Homing Instincts

Greywater Elimination of greywater[edit] Domestic wastewater is usually combined at the sewer, so that grey- and blackwaters are removed together using a shared sewerage system in a process called elimination. Sewage water can then be treated to limit pollution and health risks, before being returned to the environment at large. There are other alternatives to eliminating greywater that allow for efficient use; using it to irrigate plants is a common practice.[1] The plants use contaminants of greywater, such as food particles, as nutrients in their growth. Recycling[edit] Underground Grey Water Recycling Tank Most greywater is easier to treat and recycle than blackwater, because of lower levels of contaminants. Systems[edit] At present, several water recycling systems exist which can be used to: recycle the water without purifying itrecycle the water while purifying or decontaminating it Water recycling systems without purification[edit] Water recycling with purification[edit] Irrigation[edit]

5 Best Flowering Perennials for Austin — J Peterson Garden Design We all know that fall is the best time to plant perennials, right? So if you’re an Austin gardener and you’ve suffered through the Summer of Hell ’11 (we should have T-shirts made), you might be reconsidering what plants to put in the ground now. They’ve gotta be tough, drought tolerant, relatively pest-and-disease free, and oh yeah—really, really pretty! Are there such plants in existence? Why, yes, there are! Mexican Bush Sage: (Salvia leucantha) Truly one of my favorites! What are your favorite flowering plants for Austin? You might also enjoy these articles: Tagged as: Austin perennials, batface cuphea, drought tolerant plants, globe mallow, Mexican bush sage, Mexican mint marigold, perennials, xeriscaping, yellow bells

Collecting rainwater now illegal in many states as Big Government claims ownership over our water (NaturalNews) Many of the freedoms we enjoy here in the U.S. are quickly eroding as the nation transforms from the land of the free into the land of the enslaved, but what I'm about to share with you takes the assault on our freedoms to a whole new level. You may not be aware of this, but many Western states, including Utah, Washington and Colorado, have long outlawed individuals from collecting rainwater on their own properties because, according to officials, that rain belongs to someone else. As bizarre as it sounds, laws restricting property owners from "diverting" water that falls on their own homes and land have been on the books for quite some time in many Western states. Only recently, as droughts and renewed interest in water conservation methods have become more common, have individuals and business owners started butting heads with law enforcement over the practice of collecting rainwater for personal use.

Drought Protection on a Budget « Sustainable Sources This article first appeared in the Austin American Statesman. by John Gleason As the weather turns warmer, landscapes are breaking their winter dormancy and waking up to a powerful thirst. Although the current drought has been especially tough on ranchers and farmers, homeowners are to feeling the pinch too. Many are turning to local irrigation contractors, who are scrambling to fulfill an overload of requests for sprinkler system installations and repairs. Be Water-Thrifty Don’t make the mistake of watering too often and not deeply enough. Good Investments Purchase a moisture meter and soil analysis for your landscape. Mind Your Soil Most soils could use the addition of large amounts of organic matter. Go easy on the chemical fertilizers, especially during extended dry weather. Mulch When mowing your lawn, use “Don’t Bag It” principles. With a little research, you may be able to locate a free source of mulch. Do the Math

Rainwater harvesting Rainwater harvesting is the accumulation and deposition of rainwater for reuse on-site, rather than allowing it to run off. Rainwater can be collected from rivers or roofs, and in many places the water collected is redirected to a deep pit (well, shaft, or borehole), a reservoir with percolation, or collected from dew or fog with nets or other tools. Its uses include water for gardens, livestock, irrigation, domestic use with proper treatment, and indoor heating for houses etc. The harvested water can also be used as drinking water, longer-term storage and for other purposes such as groundwater recharge. Advantages[edit] Rainwater harvesting provides an independent water supply during regional water restrictions and in developed countries is often used to supplement the main supply. More development and knowledge is required to understand the benefits rainwater harvesting can provide to agriculture. Quality[edit] System setup[edit] Life cycle assessment: design for environment[edit]

How to Build a Rainwater Collection System: 9 steps Steps Method 1 of 4: Getting Rain Barrel Supplies 1Obtain one or more water storage barrels. You can buy a water storage barrel online, but it's cheaper to get a used one from a company that uses large barrels to store food and other merchandise (just be sure to clean it thoroughly with soapy water). A rain barrel can also be made from a large plastic trash can. 2Get additional supplies to turn the barrels into a water collection system. Method 2 of 4: Building a Rain Barrel Platform 1Level an area right next to your downspout. 3Stack concrete blocks on top of the pea gravel. Method 3 of 4: Adding the Spigot and Overflow Valve 1Drill a spigot hole in the side of your barrel. 4Make an overflow valve. Method 4 of 4: Assembling the Collection System 1Connect the downspout elbow to the downspout. 4Connect the additional barrels. Tips Ad Warnings Water collected from some rooftops will also contain chemical components from the composition roofing.Many parts of the earth receive 'acid rain.'

Gardening in a drought Guest post by Mark M. NOTE: This may be something to print out and store in your SurvivalMom Binder for future reference. image by International Center for Tropical Agriculture I have lived in many countries over the years, and have always had a vegetable garden. Recently, some friends told me about the bad drought in Texas. Kenya and Botswana. So how do they manage that? The technique involves three separate things, all of which are easily made by anyone with the ability to use a shovel, hammer or a trowel. Raised beds When we rented our home in Botswana, in the yard behind the house was a series of concrete troughs, roughly 4 foot wide, 2 foot deep and 15 foot long, running north to south. Shade netting Every 3 feet in the troughs was a hole, just the right size to take a ¾ inch PVC pipe. Thread watering Watering plants is the biggest problem during a drought. You may want to try it, you may not. © 2011, The Survival Mom.

Tips for a Drought Friendly Vegetable Garden | A Sonoma Garden As a native Californian, you get used to the word ‘drought’. It comes up every once in a while so you do what you can to cut back on your water usage. Sometimes it gets so bad that you expect that everyone has to let their lawn die that summer, you adopt the rule, “if it’s yellow, it’s mellow, if it’s brown, flush it down.” You put buckets under the bathtub faucet to catch all the cold water before it turns hot. You do what you can. But this year is different. So what do you do in this situation? Grow Your Crops Before the Summer Heat Starts – Instead of doing a heavy summer planting, do the majority of your planting in spring with short season vegetables. Do you have any water saving tips that we can add to our list? Like this: Like Loading...

Want drought-hardy plants? It's time to think agave By Diana C. Kirby The long-term forecast for Central Texas is a little daunting for gardeners. Some experts are predicting that our current drought pattern could hang around until 2020. That's a long time to wait for rain. But die-hard gardeners are looking for ways to make lemonade out of this situation. So what's a gardener to do? Shift gears. There are hotter and drier places all around the globe that are filled with beautiful plants, though some of them are very different from the plants that we're used to growing here. It's time to: • Assess what worked and what didn't work in your garden this summer. • Of the plants that made it, which were the hardiest: the ones that didn't just live, but bloomed their little heads off on the hottest of days? • Think twice about replacing something that didn't survive with the same kind of plant. • Finally, look around and see what did well in your neighbors' gardens and consider planting those plants in your garden. Where do you start?