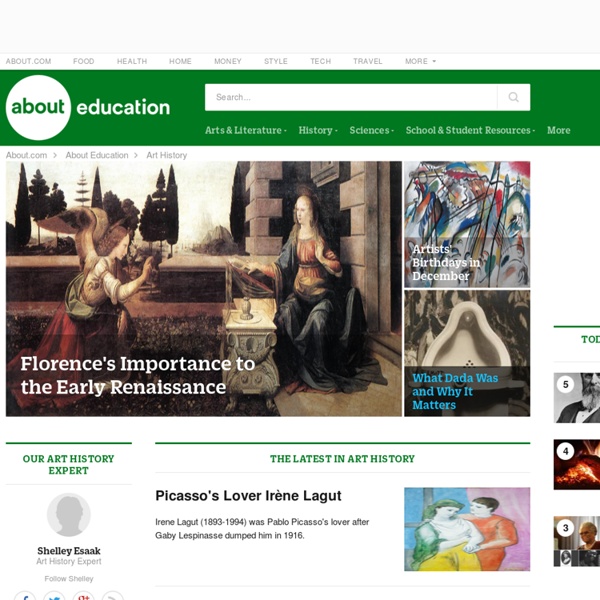 Your clues this week are: The artist worked as a manuscript illuminator and panel painter during the Early Italian Renaissance. Giorgio Vasari, fount of suspect information, claimed the artist trained under a person who was beatified by Pope John Paul II centuries later. In reality, there is no documentation supporting Vasari's claim (I know! Try to recover from your shock!), but our artist clearly admired the future Blessed's work.

Secrets of Lost Empires Welcome to the companion Web site to the NOVA program "Roman Bath," scheduled for rebroadcast on January 31, 2006. In the film, which is a part of the NOVA series Secrets of Lost Empires, an international crew of archeologists, engineers, and historians designs, builds, and tests a functioning Roman bath in the Turkish countryside. Here's what you'll find online: A Day at the Baths Wander through the frigidarium, tepidarium, caldarium, and other vital rooms in our online reconstruction of the famous Baths of Caracalla. Construct an Aqueduct (Hot Science) The Emperor has appointed you Chief Water Engineer on an aqueduct-building project. To successfully ferry water from the hills, you'll need to learn when to use a tunnel or a covered trench, a wall, or an arcade. Good luck!

WWW Virtual Library: Art History The History of Art Virtual Library is a collection of links relating to Art History and computer applications in Art History. The site is sponsored by CHArt, the Computers and History of Art Group. This site is aimed at everybody interested in art, but it has a special focus on the academic study of Art History. How To Write an Art History Paper - Art History 101: Writing an Art History Paper You have been assigned an art history paper to write. You would like to finish your assignment on time with a minimum of stress, and your instructor fervently hopes to read an engaging, well-written paper. Here are some dos and don'ts to guide you, written by an art history professor who has graded thousands of these papers ranging from the superlative to the good, the bad and the phenomenally ugly.

15 Movie Storyboards: See the Early Conceptions of Your Favorite Movie Scenes We were all blown away by the early concept art for some of the most well-known movie characters, giving us a look at how they could have looked if the finger of fate pointed in a different direction, but now it's time to delve deeper into the movie-making process by checking out some incredible storyboards from well-known flicks. Imagining a character on the page is one thing, but depicting an entire sequence of actions meant to serve as a skeleton of the finished movie product is an entirely new endeavor. Where verbal descriptions are unable to communicate a filmmaker's vision, in steps the storyboard. As 'Hellboy 2' artist Josh Sheppard pointed out on his official website, Guillermo del Toro used to work as a storyboard artist for a few years and recognized the difficult task the team had, saying, "you got a hard f------ job." But the end results are incredible pieces of art that give sneak peeks into early depictions of movie characters and renderings of famous movie scenes.

Rome Rome (/ˈroʊm/; Italian: Roma pronounced [ˈroːma] ( ); Latin: Rōma) is a city and special comune (named "Roma Capitale") in Italy. Rome is the capital of Italy and also of the Province of Rome and of the region of Lazio. With 2.7 million residents in 1,285.3 km2 (496.3 sq mi), it is also the country's largest and most populated comune and fourth-most populous city in the European Union by population within city limits. The urban area of Rome extends beyond the administrative city limits with a population of around 3.8 million.[2] Between 3.2 and 4.2 million people live in Rome metropolitan area.[3][4][5][6][7] The city is located in the central-western portion of the Italian Peninsula, on the Tiber within Lazio (Latium). The Vatican City is an independent country within the city boundaries of Rome, the only example of a country within a city existing.

Education Improve your design skills with typography tips and tutorials. FontShop Education docs are formatted for easy downloading and printing, perfect for the classroom or studio. Educational discount: register using your .edu email address and use code EDUCATE10 to receive a 10% discount at checkout. This work is licensed under a Creative Commons Attribution NoDerivs 3.0 Unported License. X-rays show why van Gogh's yellows have darkened - physics-math - 14 February 2011 Video: Tiny X-ray saves Van Gogh A bright yellow pigment developed in the 19th century was a gift to the Impressionists – it allowed the likes of Vincent van Gogh to create his vibrant sunflower paintings. But not all the works that used chrome yellow have fared well over time: the yellow areas in some of them have darkened considerably. No one knew why – until the powerful X-ray beam generator at the European Synchrotron Radiation Facility in Grenoble, France, was turned on the paint.

Keats-Shelley Memorial House Coordinates: The Keats-Shelley House in Rome The Keats-Shelley Memorial House is a museum in Rome, Italy, commemorating the Romantic poets John Keats and Percy Bysshe Shelley. The museum houses one of the world's most extensive collections of memorabilia, letters, manuscripts, and paintings relating to Keats and Shelley, as well as Byron, Wordsworth, Robert Browning, Elizabeth Barrett Browning, Oscar Wilde, and others. It is located on the second floor of the building situated just to the south of the base of the Spanish Steps and east of the Piazza di Spagna.

Tips - How To Create Brand Identity Guidelines - Inspiration - Fenster Media Why have brand identity guidelines? The answer is simple: to build a stronger brand for the products identity. Inside the brand identity guidelines are tools, templates and information to help all consumers, partners, advertising agencies, offices produce materials that are consistent, professional and immediately recognizable as a product or company. Putting a comprehensive set of standards in one place makes it easier for everyone to develop communications — in print, on the Web and in other electronic forms — that reflect and reinforce the brand. Within these brand guidelines are specific verbal and visual strategies.

Spanish Steps The Spanish Steps (Italian: Scalinata della Trinità dei Monti) are a set of steps in Rome, Italy, climbing a steep slope between the Piazza di Spagna at the base and Piazza Trinità dei Monti, dominated by the Trinità dei Monti church at the top. The Scalinata is the widest staircase in Europe.[1] History[edit] Following a competition in 1717 the steps were designed by the little-known Francesco de Sanctis,[2] though Alessandro Specchi was long thought to have produced the winning entry. Generations of heated discussion over how the steep slope to the church on a shoulder of the Pincio should be urbanised preceded the final execution. Archival drawings from the 1580s show that Pope Gregory XIII was interested in constructing a stair to the recently completed façade of the French church.

The Future of Identity You are in: Information > Summary Thank you to all delegates who attended "The Future of Identity" debate hosted by Giesecke & Devrient and kindly supported by ENISA on 28th November 2013 at The Representation of the Free State of Bavaria in Brussels. Please click here to view a selection of photos from the event. You will also be able to view some event highlights below. Brand identity style guides from around the world This is great! The University of Connecticut has a nice one designed by Peter Good. Web and link to PDF version. (Get the PDF version!)