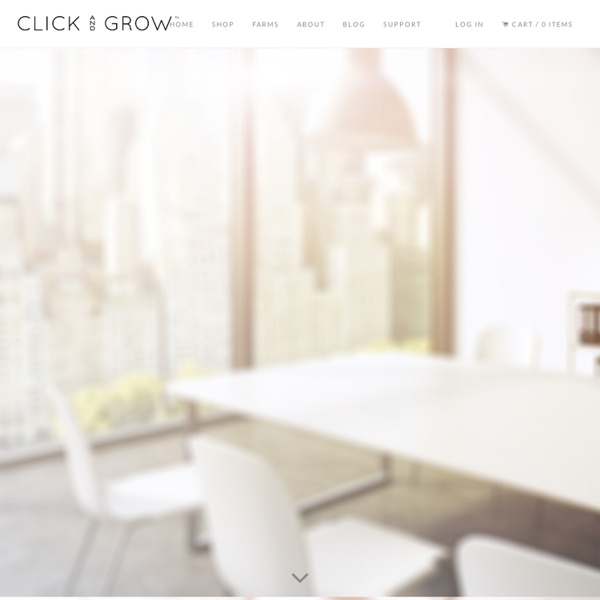 Audioair Wants To Unlock Audio From Muted TVs Everywhere And Give Your Local Bar A New Way To Advertise If you’ve ever been in a sports bar with your friends to watch a big game, you’ve likely run into the “muting” problem. While the bar may have two dozen TVs, each might be playing a different game, and there’s either too much sound or none at all. At most local restaurants, bars, airports and health clubs, you’ll find TVs muted for this very reason. Some have opted to, say, put speakers on tables in their bars to project sound more directly, but the problem is that this puts a damper on any socializing you planned to do with your friends and fellow bar mates. Durango, Colorado-based Airborne Media is hoping to offer another solution with a new product called Audioair, which aims to turn smartphones into your own personal listening device to help unlock sound from the tens of millions of muted TVs out there. But how does it work, you ask?

Moonlight Cushion Gently cycles through an array of hypnotic colours We’ve heard of soft lighting but this is ridiculous: an impossibly fluffy cushion that gently cycles through an array of hypnotic colours whenever you press it in the middle. Ingenious! Yes, fellow chillaxers, the Moonlight Cushion makes rival soft furnishings look positively boring. Put it on the sofa or bed and guests will think you’ve got a cushion full of those shimmering fluttery things from Avatar. Luxe white furry cushion Powered by a battery pack hidden inside a zip-up compartment, this squishy square’s low energy LEDs ensure the whole shebang is both bright and safe. When it’s not doing its glowy-showy thing, the Moonlight Cushion looks just like a luxe white furry cushion.

Altia Systems HAPI.com : Enjoy Your Food with HAPIfork by Jacques L&eacute;pine Eating too fast leads to poor digestion and poor weight control. The HAPIfork, powered by Slow Control, is an electronic fork that helps you monitor and track your eating habits. It also alerts you with the help of indicator lights and gentle vibrations when you are eating too fast. Every time you bring food from your plate to your mouth with your fork, this action is called: a "fork serving". * How long it took to eat your meal. * The amount of "fork servings" taken per minute. * Intervals between "fork servings". This information is then uploaded via USB or Bluetooth to your Online Dashboard on HAPI.com to track your progress.

Spark: Upgrade your lights with Wi-Fi and apps by Spark Devices TechCrunch: "The project aims to turn every lamp in your home into a web-based juggernaut." WIRED Gadget Lab: "It's not hard to imagine using lights to display other types of data..." Fast Co Design: "It’s all pretty neat for everyday consumers, but it could be revolutionary for the deaf or hard of hearing." Forbes: "A light bulb socket that lets you manage one light bulb (or more) from the internet is groundbreaking." Apartment Therapy: "Perfect for renters and upgrading over time, you can start with one sconce or one room and add Sparks as you go." Silicon Republic: "Turn on and off the lights and potentially other devices in your home with the power of a tweet..." The Spark Socket screws into any standard lightbulb socket, and connects to the internet over the Wi-Fi connection in your home, so that you can control your lights from a smartphone, tablet, or computer. Here are some of the great things that Spark can do: Using Spark is just as easy as installing it. Back our campaign!

E La Carte Releases More Powerful Version Of Customized Tablet For Restaurants E la Carte, a company that develops a tableside tablet for the restaurant and related hospitality industries, is debuting a brand new version of its hardware for restaurants. As we’ve written in the past, E la Carte launched Presto earlier this year to bring user-friendly tablets to restaurants to bring efficiency to the tableside and ordering experience. The 7-inch tablet includes a digital menu that lets you sift through the restaurant’s food and drink selection via photos and detailed descriptions using a touch-screen interface. The new tablet has been completely reformatted for restaurant use. As founder Rajat Suri explains, the new version of the tablet is designed to look and feel like part of a restaurant table, rather than a tablet to be carried around by consumers. E la Carte, which has raised over $5 million from Lightbank, SV Angel, Dave McClure, Joshua Schachter, and others, is seeing monthly recurring revenues growing 46 percent month over month.

Auto Advertising Startup adverCar Raises $2M From Canaan Partners, 1-800-Flowers, And Others AdverCar, a startup promising to make it easy for drivers to turn their vehicles into rolling advertisements, has raised a $2 million seed round. The funding was led by Canaan Partners, with participation from 1-800-Flowers, Branford Castle Private Equity, New Orleans Startup Fund, Jit Saxena, and the TiE Angels Boston. 1-800-FLOWERS CEO Jim McCann and Canaan partner Deepak Kamra are joining adverCar’s board of directors. Founder and CEO Neil Turner said there are other companies offering to wrap cars in advertising, but only adverCar has a solution that’s easy and affordable for advertisers. Wrapping a car in ads costs thousands of dollars, whereas adverCar mounts its ads as easily removable stickers that are the same size as standard ad units, and it charges around $280 for a monthlong campaign. Turner also pitched adverCar as a way to bring the kind of audience targeting found in the digital world to out-of-home advertising.

Games Sphero Macrolab Create easy, repeatable programs and macros for Sphero. Arrange simple commands and settings in any combination you choose to let Sphero drive autonomously, follow unique patterns, and more, all while learning basic programming. Play your commands, save favorites, and even share them with friends. Google PlayiTunes orBasic for Sphero Take your programming to the next level with orbBasic for Sphero and Ollie. Google PlayiTunes Sphero Macro Draw Use your Sphero to draw a shape! Google Play Sphero Lights Sphero Lights now works when the Sphero is Charging! Google Play Download SPRK lessons, learn the basics of programming, and actually have fun doing it.

The Double Robotics iPad-Equipped Teleconferencing Robot Is Shipping It’s impossible to be in two places at once. But Double Robotics, a wheel-equipped robot with an iPad for a face, has finally made that possible. The company has begun shipping units of the Double to customers who pre-ordered and coughed up the $2,000 to get one. In fact, the first hundred are already safely in the homes and lives of their new owners. By September, the company will have shipped another 1,000 units, showing that even with a high price tag, hardware startups can still rake in the cash and run a sustainable business. For example, we used the Double at CES to usher in a new kind of remote reporting. The $2,000 price tag, which was a special pre-order price, will remain in place until June 6, for those who feel that they’d like to get in on the robotic goodness.

iRobot And Cisco Build A Roving Telepresence Rig So Remote Workers Can Still Roam The Office It’s no secret that iRobot’s domestic cleaning machines can carry some interesting things while they putter around and wipe up your floors, and iRobot and Cisco have taken that notion to its next logical step. The two companies have just announced that they’ve taken this smart roving robotics platform and stuck this pricey enterprise video conferencing monitor on top, all to facilitate West Wing-style walk-and-talks with colleagues who couldn’t be bothered to schlep into the office. We’ve seen plenty of curious telepresence rigs before, but this is one of the few that makes it a point to break away from the confines of a desk.

Japan Gets Wi-Fi Dispensing Vending Machines It’s no secret that Japan is the country of vending machines (they even have models like this one now), but this is new: Tokyo-based beverage company Asahi Soft Drinks took the wraps off a vending machine [JP] that not only offers drinks but also sends out Wi-Fi signals within a 50m radius. The Wi-Fi will be available for free, is accessible with multiple devices, without registration, and for anyone to use (meaning users won’t have to buy any drinks to go online through the machine). It’s possible to use the web for about 30 minutes before the machine cuts you off (re-connecting is possible, however). After logging in, users will see various location-specific information on the home screen, for example on local stores, or sightseeing spots. Starting in 2012, Asahi will set up 1,000 of the vending machines in five different regions in Japan (Tokyo, Sendai, Chubu, Kinki, and Fukuoka) in the first year.

Video: Japan Gets Vending Machine 2.0 With See-Through Full HD Display, Facial Recognition There can be no doubt that Japan is the country of vending machines, and this newest model is perhaps the most advanced yet. Developed by Japan-based tech companies Sanden and Okaya (and Intel), this “vending machine 2.0″ features a 65-inch see-through display with full HD resolution as the biggest selling point. When there are no potential customers around, the display shows a digital clock and various animations to attract people. Once a person is standing in front of the machine, a facial recognition system determines the gender and approximate age and serves up personalized ads. Maker Sanden says the machine’s display can produce text, pictures or animations in HD quality. The company commands a 30% global market share for vending machines and is also active in the US, meaning this prototype could also make its way over to North America one day. This video, provided by Diginfo TV, shows how the vending machine works (in English):

Somfy’s TaHomA Lets You Control The House From Your iPad I’m not a homeowner myself, but something tells me that when I do buy a house, I’m going to want something like the TaHomA home automation system to ensure that I can be as lazy as possible. Developed by a company called Somfy, the TaHomA allows you to remotely control multiple supported products throughout the house, from motorized awnings and blinds to lights and thermostats. Oh, and did I mention you can do it all from your iPad? In fairness, the TaHomA has a pretty robust web interface too, and can run on just about anything that supports Flash. Obviously, since iPads and iPhones can’t handle Flash, they had to make do with a native app that does all the heavy lifting. Aside from the iOS-friendly dashboard, the TaHomA system itself consists of a host of components. Once all the pieces are in place, you’re ready to fire up the dashboard. Note that installing the TaHomA definitely isn’t going to be a fun DIY project.