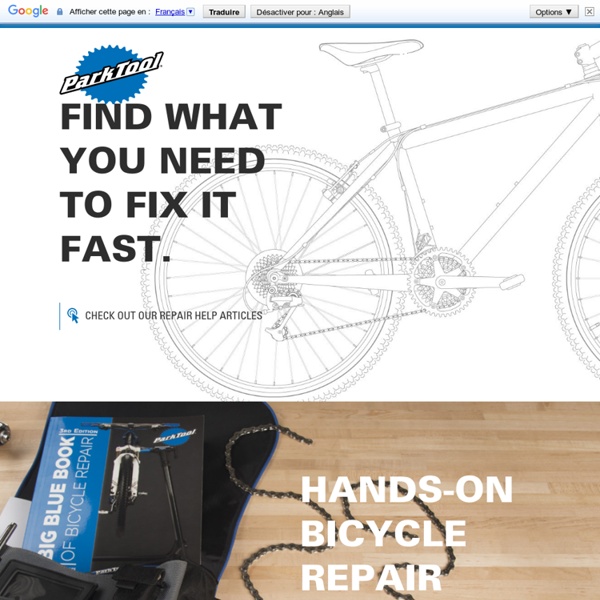 Most Useful Mac Software The article represents the most popular and useful Mac OS X programs, applications and utilities. I expect you will find something useful for yourself. Desktop Manager – Virtual desktop manager for the Mac OS X. VLC Media Player is a highly portable multimedia player for various audio and video formats (MPEG-1, MPEG-2, MPEG-4, DivX, mp3, ogg, …) as well as DVDs, VCDs, and various streaming protocols. UNO is a theme that brings the sunken unified toolbar/titlebar look & feel to every single window on your system (metal or aqua, and already unified windows as well). No longer changes iTunes if its version is unknown (no more “blank music panel”). The oldest of the UNO’s bugs (not working on japanese environments) is now fixed. iGetter is a full featured download manager and accelerator. iGetter can improve greatly the speed of your downloads using segmented downloading. This app includes a history list for all finished downloads. With iGetter you can easily control every download job.

Software for Visualizing and Managing Information Digital Dog PocketMod: The Free Disposable Personal Organizer How to Take Notes Like an Alpha-Geek I take notes like some people take drugs. There is an eight-foot stretch of shelves in my house containing nothing but full notebooks. Some would call this hypergraphia (Dostoevsky was a member of this club), but I trust the weakest pen more than the strongest memory, and note taking is—in my experience—one of the most important skills for converting excessive information into precise action and follow-up. Simple but effective note taking enables me to: -Review book highlights in less than 10 minutes -Connect scattered notes on a single theme in 10 minutes that would otherwise require dozens of hours -Contact and connect mentors with relevant questions and help I can offer -Impose structure on information for increased retention and recall I fashion myself a note-taking geek of the first class. “Someone with an intense curiosity about a specific subject. Indexing AJ Jacobs’ latest book (click to enlarge all thumbnails) A. B. Brainstorming blog post topics and paginating on the right-hand pages

PTLens <p class="center">Please enable javascript to best experience this site.</p> PTLens is software that corrects lens pincushion/barrel distortion, vignetting, chromatic aberration, and perspective. View examples of PTLens at work and download the software for a free 10 image trial. PTLens is the first application to automate distortion correction. What I need is a batch program that reads EXIF information from a JPEG file, looks up the closest match in a table, and automatically corrects for distortion. Nobody volunteered so on September 19, 2002, I released version 1.0 of PTLens. The "table", referred to in the above quote, consists of more than 2400 separate calibrations — far more than any other application.

Managing RAID and LVM with Linux Actually, there is a cool trick to be able to extend a raid/lvm scheme (I got this from slashdot): "If you're using Linux software RAID, carve your drives into multiple partitions, build RAID arrays over those, then use LVM to weld them into a larger pool of storage. It may seem silly to break the drives up into paritions, just to put them back together again, but it buys you a great deal of flexibility down the road. Suppose, for example, that you had three 500GB drives in a RAID-5 configuration, no hot spare. If, instead, you had cut each 500GB drive into ten 50GB partitions, created ten RAID-5 arrays (each of three 50GB partitions) and then used LVM to place them all into a single volume group, when it comes time to upgrade, you will have another option. Note that this process isn't particularly fast. For anyone who's interested in trying it, the basic steps to reconstruct an array are as follows.

Add a new hard drive under Linux Introduction Sometimes you need to add a secondary harddisk, some time after installing Linux. One sensible decision could be to provide its space to the home directories of users. This can be done by making /home a mount point for your your secondary drive. The following instructions must be performed as root user so log in as root: ssh -X root@localhost How many drives does a Linux machine have? Linux mounts drives "invisibly", that is, no drive identifier is needed to access files on the drive. To see which drives are mounted where, and how much free space is still available on each drive, use the command df. What to do after installing a brand new drive? Assuming you got all the jumper setting right, and plugged in all the correct cables, your Linux system will boot and pretty much ignore your brand new hard drive until you: format the drive put a filesystem on it show Linux where it should mount and use it The dirty details OK so I decided to add a /home drive to my Ubuntu Linux box.

Linux Software Raid using mdadm 1) Introduction:Recently I went out and bought myself a second hard drive with the purpose of setting myself up a performance raid (raid0). It took me days and a lot of messing about to get sorted, but once I figured out what I was doing I realised that it's actually relatively simple, so I've written this guide to share my experiences I went for raid0, because I'm not too worried about loosing data, but if you wanted to set up a raid 1, raid 5 or any other raid type then a lot of the information here would still apply.2) 'Fake' raid vs Software raid:When I bought my motherboard, (The ASRock ConRoeXFire-eSATA2), one of the big selling points was an on board raid, however some research revealed that rather than being a true hardware raid controller, this was in fact more than likely what is know as 'fake' raid.

Personal Bytes » Software RAID in Ubuntu mdadm: A New Tool For Linux Software RAID Management Pages: 1 , Starting an Array Assemble mode is used to start an array that already exists. If you created an you can automatically start an array listed there with the following command: # mdadm -As /dev/md0 mdadm: /dev/md0 has been started with 2 drives. The -A option denotes assemble mode. If you didn't create an file, you will need to specify additional information on the command line in order to start an array. # mdadm -A /dev/md0 /dev/sdb1 /dev/sdc1 Since using mdadm -A in this way assumes you have some prior knowledge about how arrays are arranged, it might not be useful on systems that have arrays that were created by someone else. mdadm 's examine option displays quite a bit of useful information about component disks. When an array is created, the md driver generates a UUID for the array and stores it in the md superblock. # mdadm -Av /dev/md0 --uuid=84788b68:1bb79088:9a73ebcc:2ab430da /dev/sd* Managing Arrays Using Manage mode you can add and remove disks to a running array.

The Perfect Setup - Ubuntu Feisty Fawn (Ubuntu 7.04) Version 1.0 Author: Falko Timme <ft [at] falkotimme [dot] com> Last edited 04/19/2007 This tutorial shows how to set up a Ubuntu Feisty Fawn (Ubuntu 7.04) based server that offers all services needed by ISPs and hosters: Apache web server (SSL-capable), Postfix mail server with SMTP-AUTH and TLS, BIND DNS server, Proftpd FTP server, MySQL server, Courier POP3/IMAP, Quota, Firewall, etc. This tutorial is written for the 32-bit version of Ubuntu Feisty Fawn, but should apply to the 64-bit version with very little modifications as well. I will use the following software: Web Server: Apache 2.2 Database Server: MySQL 5.0 Mail Server: Postfix DNS Server: BIND9 FTP Server: proftpd POP3/IMAP: I will use Maildir format and therefore install Courier-POP3/Courier-IMAP. In the end you should have a system that works reliably, and if you like you can install the free webhosting control panel ISPConfig (i.e., ISPConfig runs on it out of the box). 1 Requirements 2 Preliminary Note 3 The Base System

CocoaDialog cocoaDialog is an OS X application that allows the use of common GUI controls such as file selectors, text input, progress bars, yes/no confirmations and more with a command-line application. It requires no knowledge of Cocoa, and is ideal for use in shell and Perl scripts (or Ruby, or Python, or... etc). Download To download the latest stable release, click the green "Download" button on the right. More information is available on the download page. Please see the copyright and license notice. To get the most up-to-date cocoaDialog, you can either fork cocoaDialog on GitHub and build it yourself. Documentation and Screenshots Visit the documentation page for screenshots and an overview of available command-line options. Mailing Lists cocoadialog-announce This is a low volume, moderated list for announcements about new versions and features. cocoadialog-users This is a list for anybody to post questions, help other users, discuss what you would like to see in future versions, etc. Contact

Automated Backups With rdiff-backup This is a "copy & paste" HowTo! The easiest way to follow this tutorial is to use a command line client/SSH client (like PuTTY for Windows) and simply copy and paste the commands (except where you have to provide own information like IP addresses, hostnames, passwords,...). This helps to avoid typos. Automated Backups With rdiff-backup Version 1.0Author: Falko Timme <ft [at] falkotimme [dot] com>Last edited 10/13/2005 This tutorial describes how to do automated server backups with the tool rdiff-backup. rdiff-backup lets you make backups over a network using SSH so that the data transfer is encrypted. Please find out more about rdiff-backup's features here: The problem is that SSH requires a password for logging in which is not good if you want to run rdiff-backup as a cron job. You see, in line 2 you are asked for the root password of server1.example.com. But fortunately there is a solution: the use of public keys. apt-get install rdiff-backup