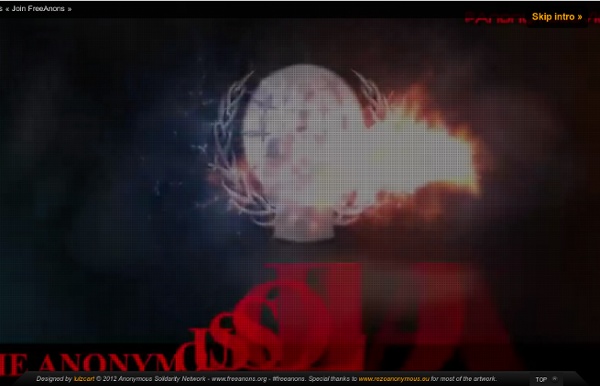 Access Restricted Over the past year or so we have seen how powerful a couple of tweets and a pastebin statement can be. More so over the pasty few months there has been a lot of fake and stupid operations being brewed up by trolls, trouble makers or just plain simple dumbass’s. One of the most recent ones is once again asking people to download the well known stupid, noneffective tool called LOIC, this is the same tool that has seen so many people arrested and facing charges for taking part in previous attacks. This stupid operations have been inciting outrageous actions towards the targets that have been in line from street protesters, from this attacks or even the word of them people are making it alot harder for them who are making the effort and standing ground at there local protest or even travelling great distances to join others to stand ground. /end rant

Occupy Toronto Market Exchange Digital Forensics Magazine | supporting the professional computer security industry Anonymous (group) Anonymous (used as a mass noun) is a loosely associated international network of activist and hacktivist entities. A website nominally associated with the group describes it as "an internet gathering" with "a very loose and decentralized command structure that operates on ideas rather than directives". The group became known for a series of well-publicized publicity stunts and distributed denial-of-service (DDoS) attacks on government, religious, and corporate websites. Anonymous originated in 2003 on the imageboard 4chan, representing the concept of many online and offline community users simultaneously existing as an anarchic, digitized global brain.[3][4] Anonymous members (known as "Anons") can be distinguished in public by the wearing of stylised Guy Fawkes masks.[5] In its early form, the concept was adopted by a decentralized online community acting anonymously in a coordinated manner, usually toward a loosely self-agreed goal, and primarily focused on entertainment, or "lulz".

Anonymous: We are legion. AP Exclusive: CIA following Twitter, Facebook McLEAN, Va. (AP) — In an anonymous industrial park in Virginia, in an unassuming brick building, the CIA is following tweets — up to 5 million a day. At the agency's Open Source Center, a team known affectionately as the "vengeful librarians" also pores over Facebook, newspapers, TV news channels, local radio stations, Internet chat rooms — anything overseas that anyone can access and contribute to openly. From Arabic to Mandarin Chinese, from an angry tweet to a thoughtful blog, the analysts gather the information, often in native tongue. Yes, they saw the uprising in Egypt coming; they just didn't know exactly when revolution might hit, said the center's director, Doug Naquin. The center already had "predicted that social media in places like Egypt could be a game-changer and a threat to the regime," he said in a recent interview with The Associated Press at the center. Since tweets can't necessarily be pegged to a geographic location, the analysts broke down reaction by languages.

Anonymous Legal Help Darknet Radio AnonOps • Guaranteed eargasms Interpol website down after announcing arrests of 25 suspected Anonymous in Europe and Latin America To top off the recent Anonymous news, it looks like members of the hacktivist group have been snared in a trap laid by Interpol. According to the International Criminal Police Organization, 25 alleged members of Anonymous have been rounded up from Europe and Latin America. In a release from Interpol, the suspects’ ages were found to range from 17 to 40. The release also says that the arrests of the alleged anons took place in the countries of Argentina, Chile, Columbia and Spain by national law enforcement. Interpol, headquartered in Lyon, France, does not make its own arrests. Apparently, the ongoing investigation began mid-February and led to the seizure of 250 items of IT equipment as well as a number of mobile phones. An AP report confirmed some of Interpol’s numbers. The Interpol website has gone down shortly after the announcement, and is currently still down — seemingly in response to Interpol’s triumphant press release. This article was originally posted on Digital Trends