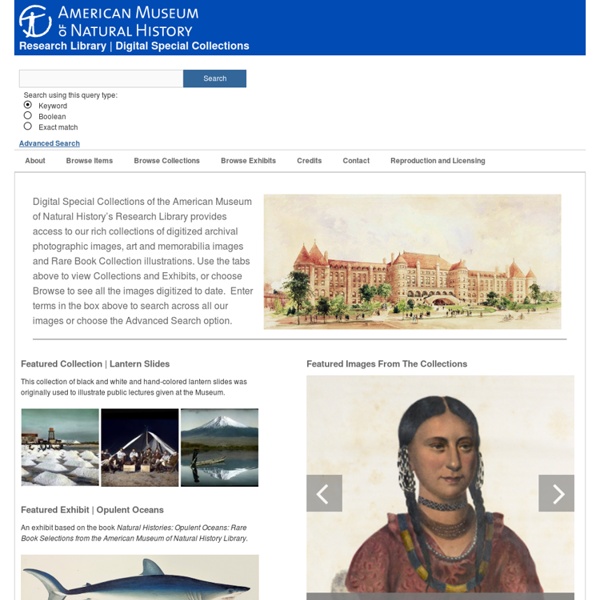 See the massive, stunning collection of art the Smithsonian just put on the web for free The Smithsonian's Freer Gallery of Art and Arthur M. Sackler Gallery have an amazing gift for the world in 2015: a newly available collection of 40,000 digitized Asian and American artworks. The Smithsonian says its vast collection has mostly never been seen by the public, and the institution is making the collection available for free public use. The art dates from the Neolithic period to present day; the Smithsonian says the collection includes "1,806 American art objects, 1,176 ancient Egyptian objects, 2,076 ancient Near Eastern objects, 10,424 Chinese objects, 2,683 Islamic objects, 1,213 South and Southeast Asian objects, and smaller groupings of Korean, Armenian, Byzantine, Greek and Roman works."

Public Domain Collections: Free to Share & Reuse That means everyone has the freedom to enjoy and reuse these materials in almost limitless ways. The Library now makes it possible to download such items in the highest resolution available directly from the Digital Collections website. Search Digital Collections University of Virginia Press Named a “Best Reference 2009” in History by Library Journal Rotunda’s American Founding Era collection offers scholars and students at all levels an invaluable source of primary and secondary materials by some of the era’s most enduring figures, including George Washington, John Adams, Thomas Jefferson, James Madison, and Alexander Hamilton. As publications are added to the Founding Era collection, they will become fully interoperable: cross-searchable and navigable as a collection by chronology. “The space available to me here can’t do full justice to the [American Founding Era Collection]. . . .

1.8 Million Free Works of Art from World-Class Museums: A Meta List of Great Art Available Online Since the first stirrings of the internet, artists and curators have puzzled over what the fluidity of online space would do to the experience of viewing works of art. At a conference on the subject in 2001, Susan Hazan of the Israel Museum wondered whether there is “space for enchantment in a technological world?” She referred to Walter Benjamin’s ruminations on the “potentially liberating phenomenon” of technologically reproduced art, yet also noted that “what was forfeited in this process were the ‘aura’ and the authority of the object containing within it the values of cultural heritage and tradition.” Evaluating a number of online galleries of the time, Hazan found that “the speed with which we are able to access remote museums and pull them up side by side on the screen is alarmingly immediate.” Perhaps the “accelerated mobility” of the internet, she worried, “causes objects to become disposable and to decline in significance.”

Millions of historic images posted to Flickr by Robert Miller, Global Director of Books, Internet Archive “Reading a book from the inside out!”. Well not quite, but a new way to read our eBooks has just been launched. Check out this great BBC article: 1900 Storm The hurricane that destroyed Galveston on September 8, 1900, is the nations's deadliest natural disaster. Although its death toll will never be known precisely, the 1900 Storm claimed upwards of 8,000 lives on Galveston Island and several thousand more on the mainland. In Galveston, it destroyed 2, 636 houses and left thousands more damaged. The city's property losses were estimated at $28-30 million. Image and Data Resources Open Access Policy The Metropolitan Museum of Art creates, organizes, and disseminates a broad range of digital images and data that document the rich history of the Museum, its collection, exhibitions, events, people, and activities. Images of artworks in the Museum's collection fall into two categories: images of works the Museum believes to be in the public domain, or those to which the Museum waives any copyright it might have images of works the Museum knows to be under copyright or other restrictions

Partners The Museum of Online Museums (MoOM) Exceptional exhibits are highlighted each quarter. Selections from previous seasons are archived here. Please consider joining our MoOM Board of Directors won't you? You'll receive some nice swag and can lord it over your less civic-minded friends.