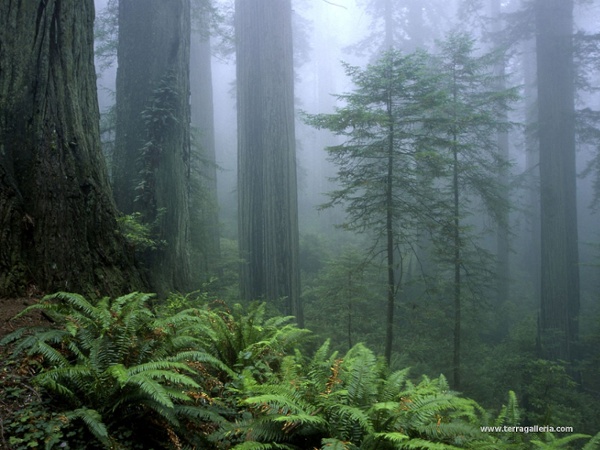 Green World  "For in the true nature of things, if we rightly consider, every green tree is far more glorious than if it were made of gold and silver." ~ Martin Luther Photo Credit: GoodFon.ru Banksy - Guerilla art wrapped in mystery and controversy [35 pics] Banksy Truck Photo credit: Banksy Banksy, an anonymous England based graffiti artist, political activist, film director and painter, is probably the most popular, yet most mysterious, urban street artist in the world. He has become an internationally known as a subversive graffiti artist – yet manages to maintain a secret identity. However, many newspapers assert that his real name is Robert or Robin Banks. He is a counter-cultural prankster, but has art in major cosmopolitan galleries around the globe.

Seoul-based artist Choi Xooang Choi Xooang has a amazing capability to pull you into his work. Mixing amazing technique and utter blunt shocking images Choi is climbing my list of favorite artists. Half of his outlandish pieces are not done just for shock value but to bring awareness to human right abuses in Korea. Also, if you like this, you’ll most likely enjoy the work of Emil Alzamora. (via This is colossal)

Trees and lower vegetation in Flagstaff, AZ Thursday, August 5, 2010 Home » Design » Photography » Nature Fine Art X-Ray Flower Photography Nature Fine Art X-Ray Flower Photography Most popular photography on StumbleUpon! 2011 is over, In this article, I am showcasing the most beautiful photographs that were stumbled on StumbleUpon. Let us take a look at this truly jaw-dropping collection and enjoy! Source: StumbleUpon *None of the images on this page are mine,they were found on StumbleUpon, meant to inspire.Any problems, just email. Eternal Flame Waterfall Photographer: Carl Crumley Summary Author: Carl Crumley; Jim Foster It seems that there's only one waterfall in the world with a flame burning beneath it. This is the Eternal Flame Waterfall, on Shale Creek, in Chestnut Ridge Park, near Buffalo, New York.

Rain Storm over Tulip Field Random photo Submit your photo Stumble Thru landscape photography, nature photography Tags: Judith Ann Braun's Fingers Are Magical With an art career spanning more than three decades, Judith Ann Braun has tested the limits of her artistic musculature. She began as a self-described “realistic figure painter,” and worked through the struggles common to anyone who endeavors upon an artistic pursuit, that of searching for one’s own voice in the chosen medium. Fast forward to the 21st century where the evolution of Braun’s work has brought us to the Fingerings series, a collection of charcoal dust landscapes and abstracts “painted” using not brushes but her fingertips. Braun has a specific interest in symmetry, as evidenced by the patterns she follows in a number of the Fingerings pieces as well as work in the Symmetrical Procedures collection.

30 Best Earth Pictures of the Week - July 10th to July 17th, 2012 1. The Blue Dragon by Steve Richards 2. Shore in Seychelles 3. Matterhorn Mountain, Switzerland Mangrove Trees Mangroves live life on the edge. With one foot on land and one in the sea, these botanical amphibians occupy a zone of desiccating heat, choking mud, and salt levels that would kill an ordinary plant within hours. Yet the forests mangroves form are among the most productive and biologically complex ecosystems on Earth. Birds roost in the canopy, shellfish attach themselves to the roots, and snakes and crocodiles come to hunt. Mangroves provide nursery grounds for fish; a food source for monkeys, deer, tree-climbing crabs, even kangaroos; and a nectar source for bats and honeybees. As a group, mangroves can’t be defined too closely.

Pixie In White No.3: Photo by Photographer Kelvin Bernard Photographer's Request for Critique --Kelvin Bernard Ballerina and her tutu Thank you for your comments. Regards, Kelvin. Money Trees As perhaps a companion piece to last week’s skull nickels, here’s yet another thing I had no idea existed. Apparently in several wooded areas around the UK, passersby have been stopping for decades (if not centuries), meticulously hammering small denomination coins intro trees. Most of the trees seem to be in and around Cumbria and Portmeirion, and I didn’t find a single example of a tree like this located outside the UK. According to this recent article by the BBC, the practice might date back to the early 1700s in Scotland where ill people stuck florins into trees with the idea that the tree would take away their sickness. The practice seems akin to love padlocks or Americans collaborative effort of sticking their nasty ass gum all over everything.