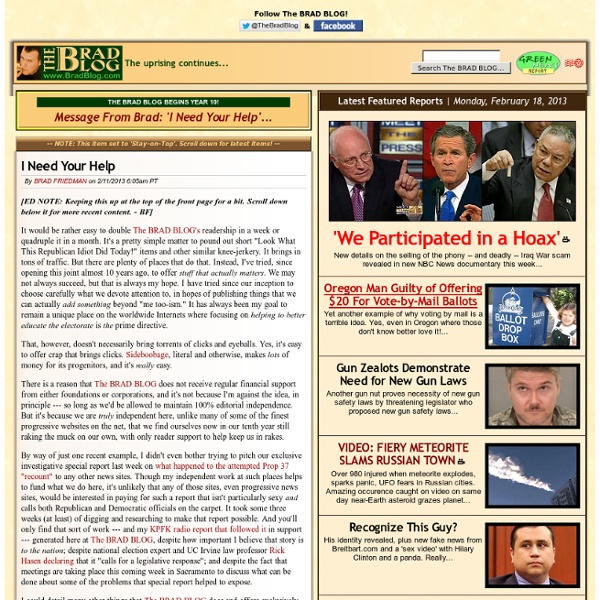 John Nichols Protesters in Wisconsin, 2011, where communities are voting to amend the constitution. (Darren Hauck/Reuters) Even as the US Supreme Court attempts to expand the scope and reach of the already dangerous dominance of our politics by billionaires and their willing servants, Americans are voting in overwhelming numbers against the new politics of dollarocracy. The headline of the week with regard to the campaign-finance debate comes from Washington, where a 5-4 court majority has—with its McCutcheon v. Federal Election Commission decision—freed elite donors such as the politically-ambitious Koch Brothers to steer dramatically more money into the accounts of favored candidates, parties and political action committees. But the five errand boys for the oligarchs who make up that majority are more thoroughly at odds with the sentiments of the American people than at any time in the modern history of this country's judiciary. 76 percent of the Delavan residents who went to the polls voted “Yes!”

NH INSIDER- Your Source for NH Politics - NHI Front Page Taegan Goddard's Political Wire Altercation Senate Majority Leader Harry Reid (AP Photo/J. Scott Applewhite) My new Nation column is called "The Right Loses It Over Russia—Again" and it notes that "Conservative hysteria over Putin's aggression in 2014 is eerily reminiscent of right-wing reaction to a previous Crimean adventure, at the dawn of the Cold War. Alter-reviews: Spring Quartet at Rose Hall Reed and I did not post last week so I have a number of shows to discuss. As for the headliners, they were a real band despite the generational divide separating the veterans DeJohnette and Lovano from the youngsters, Genovese and Spalding. Jim Caruso's Cast Party A week later, I returned to Jazz@Lincoln Center, this time to the beautiful Appel Room, which is the Allen Room renamed in honor of a multi-million dollar gift, and for a show called "Jim Caruso’s Cast Party." There were too many highlights to even begin to do justice to them. The next American Songbook show will be Mark Mulcahy on March 19 at the Stanley H. Drive-By Truckers

TomDispatch Naomi Klein Published at The Intercept Now that it seems virtually certain that Donald Trump will withdraw the United States from the Paris climate accord, and the climate movement is quite rightly mobilizing in the face of this latest dystopian lurch, it’s time to get real about something: Pretty much everything that is weak, disappointing, and inadequate about that deal is the result of U.S. lobbying since 2009. The fact that the agreement only commits governments to keeping warming below an increase of 2 degrees, rather than a much safer firm target of 1.5 degrees, was lobbied for and won by the United States. The fact that the agreement left it to individual nations to determine how much they were willing to do to reach that temperature target, allowing them to come to Paris with commitments that collectively put us on a disastrous course toward more than 3 degrees of warming, was lobbied for and won by the United States.

James Fallows This morning I had the privilege of giving the commencement address at the University of Vermont—UVM, home of the Catamounts, in Burlington. My wife Deb and I, and our colleague John Tierney, visited UVM several years ago and wrote about it in our American Futures series, notably with John’s piece about the school’s emergence as a “public Ivy.” Seven Days, the financially-and-journalistically successful weekly based in Burlington (which I’ve also written about), has a story about today’s commencement, here. The University’s story is here. Since the talk drew on various themes that recur in this “American Futures” thread, I’m attaching the text, below. Go Catamounts! Commencement remarks University of Vermont May 21, 2017 James Fallows President Sullivan, Governor Scott, honorary degree recipients, faculty and staff, friends and family, people of Vermont and beyond, and above all members of the class of 2017 — greetings, and congratulations! Let’s go into that case. Let me explain.

Sam Harris Hullabaloo The Official Paul Krugman Web Page News!! I am starting up my Princeton web site. It is at www.wws.princeton.edu/~pkrugman/ It's only partial, but eventually all files will move. I'm back! My recent move to New Jersey and other pressures have temporarily prevented me from updating this site. What's newArticles in FortuneArticles in SlateOther writingStuff that is harder to readAdditional biographical infoWhat I look like My honorary degree ceremony in Berlin (text of talk, audio, video) Special page on Japan (direct links to Japan-related pieces) Some favorite links (updated)The unofficial page (A fan has set this up: I disavow any knowledge of his actions) Welcome to my home page. Most people who have accessed this page probably know who I am, but for anyone else here is a summary. I have written or edited 18 books (I think) and several hundred articles. With any luck, you will find many of these pieces extremely annoying. But read the articles and judge for yourself. Articles

Rolling Stone Politics | Taibblog | Matt Taibbi on Politics and the Economy Thank You, Rolling Stone | BLOG ENTRY Today is my last day at Rolling Stone. As of this week, I’m leaving to work for First Look Media, the new organization that’s already home to reporters like Glenn Greenwald, Jeremy Scahill and Laura Poitras. I’ll have... February 20, 2014 10:35 AM ET Ex-Morgan Stanley Chief Jams Foot in Mouth, Complains of CEO Abuse | BLOG ENTRY There's a ton of interesting stuff going on in the Wall Street sphere of late – I'm trying to find some time to do a proper write-up of the extraordinary lawsuit just filed by the Better Markets... February 13, 2014 5:30 PM ET The Vampire Squid Strikes Again: The Mega Banks' Most Devious Scam Yet | ARTICLE Call it the loophole that destroyed the world. Democrats Must Stop Ted Cruz's Hollywood Ending | BLOG ENTRY Having lived in the former Soviet Union for 10 years, I will forever have plastered to the back of my cerebellum the commemorative bumper sticker: "WWSD?"