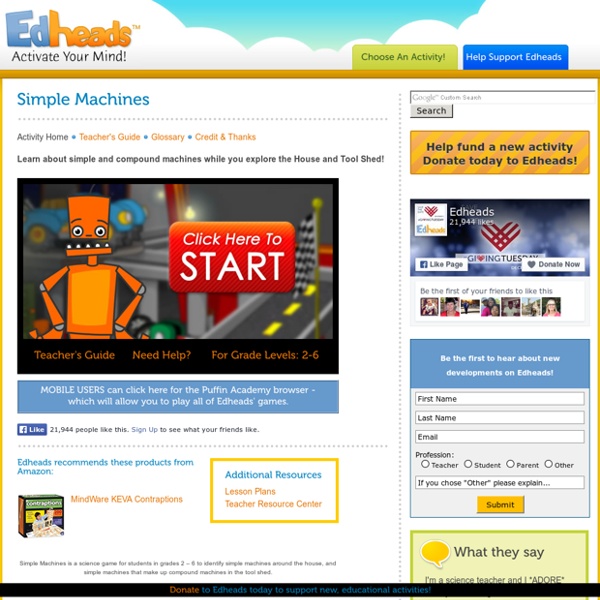 Science for Kids: Balancing Robot (FREE Printable) Here’s a super fun science activity that really gets kids thinking! Children will explore balance and center of gravity by creating a balancing robot! Follow our Science for Kids Pinterest board! *This activity was originally published on June 1, 2014 and has since been updated. This balancing robot science exploration has always been a huge favorite among my students! In this science activity kids will place two pennies in various locations on a paper robot until they’ve discovered how to make the robot balance. Materials for Balancing Robot Science Activity How to Make the Balancing Robot Print out the free printable on a sheet of white card stock, and color the robots if you’d like. To make the robot balance you’ll want to stick two pennies onto the hands of the robot. Here’s how we did it: Flip your robot over to the back. Press a penny onto each hand. Stick some more poster putty on the pennies. Press the second robot onto the back. Now you’ve got your balancing robot!

InventorsToolbox: The Elements of Machines Simple Machines: These devices were all in common use for centuries before Leonardo's time. Each one makes work easier to do by providing some trade-off between the force applied and the distance over which the force is applied. Wheel and Axle In this machine a wheel or spoke is locked to a central axle so that when one is turned the other must turn. Pulley System A single pulley simply reverses the direction of a force. Wedge A wedge converts motion in one direction into a splitting motion that acts at right angles to the blade. Screw A screw is a central core with a thread or groove wrapped around it to form a helix. Lever A lever is a stiff rod that rotates around a pivot point. Other Elements of Machines: Though these devices were also used in machines in Leonardo's time, he experimented with them and made changes to improve how they worked. Gears Gears are toothed or pegged wheels meshed together to transmit motion and force. Cam A cam is a wheel with shaped bumps on it.

News: You're the President 15 Easy Catapults to Make With Kids Making a catapult with kids starts out as a craft and ends with a fun activity! Add a target or a competitive goal and now you have a game. It might possibly be the perfect toy! 15 DIY Catapults All these catapults to make at home use everyday objects – hopefully you won’t have to buy a thing! These are in order as seen in the photo above with a few bonus catapults at the end. Plastic Spoon Catapult – Housing a Forrest starts us off with the simplest version of them all! Tinker Toy Catapult – Get out that cherished set and make an easy catapult! Dragon Slayer Catapult – There is a whole story behind this simple (and large) catapult from Frugal Fun for Boys. Tissue Box Catapult – This simple machine uses pencils and an empty tissue box from Spoonful. Paper Plate Target Game – This catapult game will have paper balls landing and math ensuing. Catapult Goal Game – This simple DIY game from Toddler Approved is catapult fun on a tabletop scale. Catapult Science Catapult Projectiles for Kids

Make a Cloud Mobile Make a Cloud Mobile This mobile of beautiful, feather-weight clouds is balanced so that any gentle breeze sends them turning and twisting. Some are rain clouds, dropping sparkling showers below. But it's not just a pretty work of art. You can make this cool Cloud Mobile with common materials and supplies—and a little patience to get it balanced just right. Here's how to make your mobile. Seeing through the clouds CloudSat is an Earth satellite that studies the clouds in ways never before possible. Knowing how clouds affect Earth's climate is very important. Here is a CloudSat poster showing all the cloud types and comparing their altitudes in the sky. I hung my Cloud Mobile over my bed.

Simple Machines: Facts (Science Trek: Idaho Public Television) Once upon a time a person needed to move something heavy. He or she picked up a long stick and stuck it under the edge of the heavy object and then pushed down on the other end of the stick. And the first simple machine was invented. Simple machines are just that. The simplest form of using one thing to accomplish something faster or better. A tool. There are 6 basic simple machines; the lever, the wheel and axle, the inclined plane, the wedge, the pulley, and the screw. But what is work? The Lever The lever is a long tool such as a pole or a rod put under an object to lift it. Levers are all around us. The Wheel & Axle The wheel has always been considered a major invention in the history of mankind. Wheels are found where things turn in a circle such as an electric fan, a motor, a revolving door, a merry go round, and any wheel — on the car, on your skateboard, or on a bicycle. The Inclined Plane The inclined plane is simply a ramp. The Wedge The Pulley The Screw Measuring Work

ZOOM . games . Goldburger To Go Come play again later! Come play again tomorrow! Easy {and Fun} Catapult for Kids to Make A catapult for kids to make is what we are featuring today! What kid doesn’t want to launch something across the room? Build a catapult to develop this love even more. Kids Activities Blog hopes your kids love this activity as much as our own do. Catapult for Kids to Make Before building our craft stick catapult, I showed my 3 year old how to turn a spoon into a catapult. Supplies needed: 7 craft sticks3 rubber bandsa milk capcotton balls {or other objects to launch} I then showed him pictures of catapults from Google images. Build a Catapult Stack 5 craft sticks together, and rubber band the ends.Stack 2 craft sticks together, and wrap a rubber band around the very end.Separate the 2 craft sticks. Catapult Science Now create a simple experiment using the catapult of your choice. Launch an object from the catapult multiple times and measure how far it travels each time.Launch different objects from the catapult and measure how far each object travels.Compare catapults. More Kids Activities

Loco Beans ASPIRE Simple & Comples Machines In an unknown time and an uncharted place, the ASPIRE crew has accepted the challenge to assist in the completion of a city being constructed of massive stones. They must work without the advantage of modern technology. They have agreed to rely primarily on the use of the six simple machines to accomplish their mission. Before getting to work, two crew members, Harry and Pic, have used available materials to fashion themselves a tetter-totter just to give them something to do for fun. This never seems fair. Drag the slider bars to move Harry and Pic until they have becomed balanced. Simple machines give us an advantage by changing the amount, speed, or direction of forces. Would you have a problem if the door knob came off in your hand before you unlatched the door? From day to day do you find yourself using any of the six simple machines: Wedge Lever Incline Plane Pulley Wheel Screw