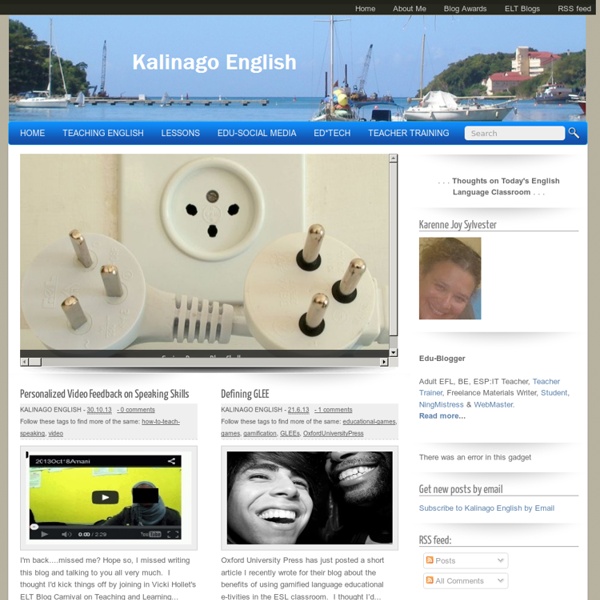 Six Things 26 Fresh ESL Conversation Starters to Get Students Talking! | Jennifer Teacher 10 Oct I love teaching conversation in the ESL classroom. Part of it must be that because the students able to “converse” in English are better able to demonstrate their personalities, preferences, thoughts… and therefore, I get to know them better. If you’re a conversation teacher in an English as a Second Language classroom, there may be times when you feel as though you want fresh ideas, a change in routine or some way to remain slightly unpredictable so your students remain curious as to what tricks you have up your sleeves. Always remember to keep in mind your students’ unique personalities and language learning journey, and never underestimate how engaged they can become with the right activity! Here is a list of 26 fresh ESL Conversation Starters to move your class! And if that’s not enough, The Internet TESOL Journal has about a thousand additional questions to get your conversation class started! Enjoy! Like this: Like Loading... Tags: conversation, Lesson Planning, speaking

Collablogatorium 45 ways to avoid using the word 'very' Writers Write is your one-stop resource for writers. Use these 45 ways to avoid using the word ‘very’ to improve your writing. Good writers avoid peppering their writing with qualifiers like ‘very’ and ‘really’. They are known as padding or filler words and generally add little to your writing. According to Collins Dictionary: ‘Padding is unnecessary words or information used to make a piece of writing or a speech longer. Synonyms include: waffle, hot air, verbiage, wordiness.’ Adding modifiers, qualifiers, and unnecessary adverbs and adjectives, weakens your writing. This post gives you 45 ways to avoid using the padding word ‘very’. Three Telling Quotes About ‘Very’ “Substitute ‘damn’ every time you’re inclined to write ‘very;’ your editor will delete it and the writing will be just as it should be. If you enjoyed this, you will love: Top Tip: If you want to learn how to write a book, sign up for our online course. by Amanda Patterson © Amanda Patterson

Nik's QuickShout Words that have literally changed meaning through the years When it comes to expressing ourselves, the world has been getting it wrong for hundreds of years... literally. The word “literally” means “in a literal way or sense” but, to the fury of language purists, many people now use it simply to stress a point. Football pundit Jamie Redknapp once told us Wayne Rooney was playing so well he was “literally on fire”, while Deputy PM Nick Clegg said low-rate taxpayers were “literally living in a different galaxy”. But our misuse has become so common the Oxford English Dictionary has altered its definition to say it can be “used for emphasis rather than being actually true, such as, ‘We were literally killing ourselves laughing’.” Senior OED editor Fiona McPherson said: “Our job is to describe the language people are using. "Words have changed their meaning ever since the first word was uttered. "Meat used to mean all food, but now its sense has narrowed.” So which other words have we got wrong for so long they are now right?

Teacher Reboot Camp TED Talk Lesson Plans – Tim's Free English Lesson Plans Image credit: ted.com Follow me on twitter @RobbioDobbio This is a lesson plan for C1+ students on the topic of bad habits based around a TED talk by Judson Brewer and an article from Yahoo Health. TED Bad habits sts copy – Students handout TED bad habits teachers notes Common Bad Habits – Reading Text TED – Breaking Bad Habits – Teacher’s Notes Step 1: Expressions with habit What do you think these expressions mean? He’s been smoking since he was 15 years old and he just can’t kick the habit. When my grandad retired he didn’t stop getting up at 6am and putting a suit on. I could never go backpacking I’m too much of a creature of habit, I can’t stand changes to my routine. I’ve always written my essays at the last minute and I normally get good marks. Kick the habit = give up/quit a bad habit Old habits die hard = it’s difficult to stop a habit you’ve been doing for a long time A creature of habit = someone who likes the security of a routine Why break the habit of a lifetime? Step 3: Reading

Life Feast Lesson Plans Digger - Free English Lesson Plans and Teaching Tips English Raven The idea of disintermediation ("cutting out the middle man") in terms of professional qualifications has been slowly but surely gathering steam in a variety of fields. Take a look at a range of Position Descriptions for new jobs these days and phrases along the lines of Tertiary qualifications in a relevant discipline, or equivalent experience and expertise/skills are becoming more frequent. Private companies (as we might expect) have been quicker to apply this in practice rather than rhetoric compared to educational institutions, mired as most of them are in conservative paper-reliant processes for verifying applicants' skills, but even here we are starting to see change. As university qualifications become more expensive and fail to deliver effective ROI for the people who invest their time and money in them, the idea of cutting them out of the picture partly or wholly is becoming not only more attractive, but more feasible. Branding is still important, however. A. B. 1. 2.

Understand what you read