38 Maps You Never Knew You Needed 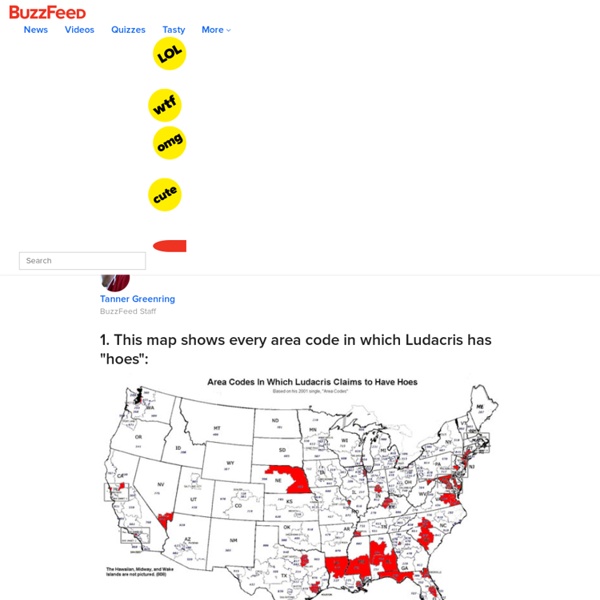 World’s Best Father documents what an amazing parent he is [30 pictures] In this ongoing series from photographer Dave Engledow, we get real insight into what it means to be an amazingly good dad. You may think some of the images show him being something less than exemplary in his parenting, but you’d be wrong and he has the mug to prove it… (via Pleated Jeans, Sad and Useless)

This Is A Must Read Before Ever Using Turmeric Again It is commonly known that turmeric is very beneficial for our health, especially because of curcumin, one of the many medicinal properties. Maybe this properties is the biggest reason why turmeric is gaining so much on popularity. Curcumin is in fact turmeric’s primary polyphenol. Over 600 potential health benefits of turmeric are shown by a study abstracts from the National Library of Medicine’s bibliographic database known as MEDLINE. Even though you are aware of the fact that turmeric can boost your overall health, there are still some things you should know. Turmeric’s Key Nutrient Isn’t Easy To Absorb You are already familiar with the active ingredient curcumin, but the problem is that it is difficult to absorb. Various animal and clinical studies reveal that regardless of dosage size, the concetrations of curcumin in blood plasma, pheripheral tissues and urine, if detectable at all, are extremely low. How To Skyrocket Turmeric’s Bioavailability? Add a Healthy Fat to Trumeric Dr.

How to sleep in hot weather 20 August 2012Last updated at 12:29 GMT By Tom de Castella BBC News Magazine Southern and eastern Britain has experienced a mini heat-wave. What's the best way to get to sleep on sticky nights? The hot, humid weather across parts of Britain has made for uncomfortable nights. The Met Office says temperatures will now fall slightly but humidity will remain fairly high at 60-80%. Humidity is a big part of the problem, making it hard for sweat to evaporate. In places like the US, where powerful air conditioning units are reasonably common in houses in hot and humid areas, it's not so much of a concern. But in places like the UK where it's hot and humid less frequently how should people ensure they get a good night's sleep? Weather expert Philip Eden recommends a technique common in Mediterranean countries. Continue reading the main story Sleep strategies "As a species, we are diurnal," says Dr Malcolm von Schantz, a molecular neuroscientist at the University of Surrey's Sleep Centre.

Alive Without Breath: Three Dimensional Animals Painted in Layers of Resin by Keng Lye Singapore-based artist Keng Lye creates near life-like sculptures of animals relying on little but paint, resin and a phenomenal sense of perspective. Lye slowly fills bowls, buckets, and boxes with alternating layers of acrylic paint and resin, creating aquatic animal life that looks so real it could almost pass for a photograph. The artist is using a technique very similar to Japanese painter Riusuke Fukahori who was featured on this blog a little over a year ago, though Lye seems to take things a step further by making his paint creations protrude from the surface, adding another level of dimension to a remarkable medium. See much more of this series titled Alive Without Breath over on deviantART. (via ian brooks) Update: I have some additional details from the artist that I’d like to add here, as this post seems to be getting a lot of attention.

FREE Unique Article Creator Online The Serious Eats Field Guide to Asian Greens [Photographs: Ben Jay, unless otherwise noted] When you walk into the produce section of your local Asian supermarket, you'll probably be greeted by a dazzling but daunting display of unusual greens. They're all great, and easy to cook, but it helps to be armed with some knowledge to tell your shoots from your choys. That's why we highlighted the most common varieties you'll find in Asian groceries with notes on what they are, how they taste, and most importantly, what to do with your haul. AA Choy AA Choy stalks and leaves. Latin name: Lactuca sativaAlso known as: Taiwan lettuce, AA Chop Xin, stem lettuce, asparagus lettuce, celery lettuce, celtuce, wosunFlavor: The leaves are similar to romaine, while the stalks taste a little like cucumber. Back to the full list » Bok Choy Shanghai and baby bok choy. Chinese Broccoli Chinese Celery Chrysanthemum Greens [Photograph: Chichi Wang] Daikon Greens [Photograph: wikioticscan/Flickr] En Choy Fava Greens [Photograph: Lily Chin] Kokabu Greens Malabar Spinach

Fake Capsizing Boat Artist Julien Berthier created a boat, named Love Love, that looks like it’s sinking, but actually has a motor that allows it to be driven around, fully afloat. Check past the jump for a picture of the boat out of the water. As one can plainly see, the boat has a proper bottom: This picture of the boat in port was too hilarious not to include: Julien Berthier: Unique artist, troll of the high seas, or both? >>>See also: Optical illusion of little girl chasing a ball down the street used to slow down reckless drivers. (designboom via DVICE via Geekologie)