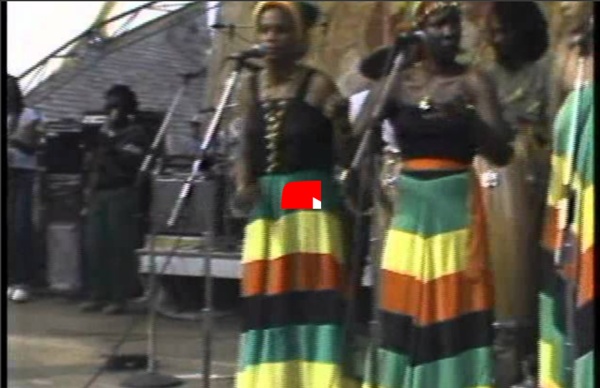 YOU TUBE
Ajoutée par jamman6565 le 24 juil. 2011
Bob Marley & the Wailers 7-21-1979 Live Full Show
On July 21, 1979 Bob Marley and The Wailers, Dick Gregory, Olatunji, Eddie Palmieri, Jabula, the art of Black Dance and Patti Labelle came to Harvard Stadium in Boston for a concert to benefit the on-going struggles in Zimbabwe, Namibia and South Africa. The concert was called AMANDLA.: Festival of Unity. A benfit Concert for Relief and Humanitarian Aid to Southern Africa.

25 years later in making this video of the performance of Bob Marley and the Wailers, we celebrate the triumph of these liberation struggles of the people of Southern Africa for equality, dignity and self determination.

This videotape is for the private non-commercial use of the Amandla Production Collective and Haymarket Concerts
. by epc Nov 2