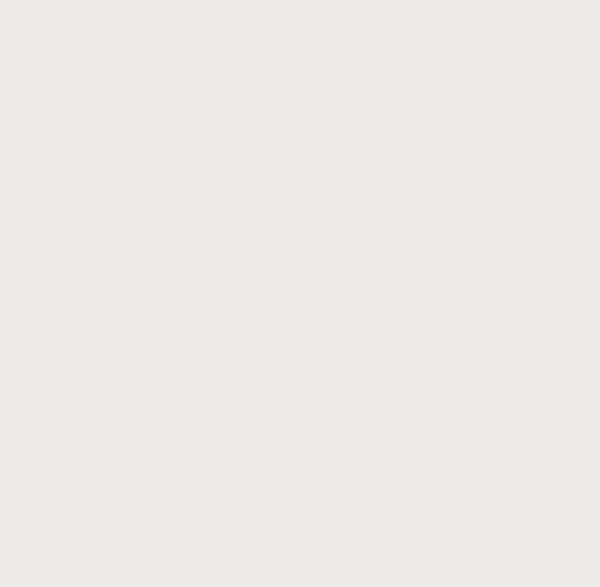 energy conservation with other appliances at energyhawk.com Most of the big energy users are discussed in the other sections. However, under the principal that "every little bit helps" (or hurts), the following articles will give you some tips on taming the other energy users in your home. And some of the following use a surprisingly large amount of energy. Block Heaters Those of you who drive in the northern hinterlands have probably been plugging your cars into block heaters to make sure they start on those 20 below mornings. Humidifiers and Dehumidifiers The moisture level in your home is important for your comfort level. Electric Blankets Electric blankets are not inherently evil. Waterbeds Your waterbed can actually use more energy than anything else in your home, including your water heater and refrigerator. Water Pumps This only applies to those of you who actually have a water pump. Spas and Hot Tubs Hot tubs and spas use a lot of energy. Really Turn Off Your Appliances

Top 10 Greenest Companies In The World · Environmental Leader · June 4, 2007 The Independent, along with Ethical Investment Research Services, has put together a guide to the greenest companies in the world. 1. Vestas Wind Systems has more than 30,000 wind turbines generating electricity globally and its high-tech systems are 80 per cent recyclable. It also sources 68 per cent of its energy requirements from renewable sources. 2. Read the article, which includes a list of top 10 UK companies here at The Independent. 3. Other green lists: Portfolio 21 recently released its Top 10 financial performers among companies implementing environmental business strategies Vestas was on top of that list too). In January, Innovest Strategic Value Advisors released its Global 100 list of the most sustainable corporations in the world. CNBC European Business rolled out its list of the top 50 low-carbon pioneers. Plenty Magazine has predicted the next green companies set to change the world.

New Survey Suggests Typical Lighting Control Energy Savings in O The Lighting Controls Association authorized ZING Communications, Inc. to conduct a survey of a group of nearly 900 lighting designers, more than 730 electrical engineers and more than 530 lighting/energy consultants subscribing to the LightNOW lighting industry and lightingCONTROL lighting control e-newsletters. The survey, conducted online based on three email invitations distributed in December 2008 and February 2009, produced a 6% response. Of this response, 95 respondents qualified to complete the survey, an overall 4.4% response. The survey covers advanced lighting controls in the office building new construction and existing buildings retrofit markets, asking respondents to indicate how often they specify certain strategies, how they perform, whether energy savings are verified, and if so, how much energy they save on average. Note that this is not a universe study. How often are advanced controls specified and installed?

Got2BeGreen - Discover The Future of Green Dell, Apple, Microsoft, HP Perceived as U.S. Green Tech Leaders Only a few brands have achieved global green recognition, according to GreenFactor, an ongoing (see July’s report here) global technology and environmental research initiative conducted by Strategic Oxygen and Cohn & Wolfe. Consumer perception of brands’ green leadership varies by region. For example, consumers in the U.S. have completely different ideas about green electronics than those in Japan. Dell, Apple, Microsoft and Hewlett-Packard are identified as green leaders in the U.S. Japanese consumers prefer Japanese companies and say Panasonic, Sharp, Sony and NEC are leading green. To understand “perception vs. reality,” GreenFactor cross-tabulated its findings against Greenpeace’s “Guide to Greener Electronics” which ranks the 18 top manufacturers of personal computers, mobile phones, TVs and games consoles according to their policies on toxic chemicals, recycling and climate change. So, how are consumers evaluating brands’ environmental initiatives? More findings:

Best Men&#039;s Grooming Products | Reviews and Ingredients | Go GoodGuide counts the number of ingredients in each product that are categorized as low, medium or high health concern. We then factor in other negative information (such as regulatory restrictions) and any available positive information (such as third-party certifications) to assign product scores. Overview To rate a personal care or household chemical product on Health, GoodGuide utilizes the following attributes: A health hazard score based on the number of product ingredients that are categorized as low, medium or high health concern. Indicators that the product exhibits other negative aspects (e.g., does the product contain ingredients that have been banned or subjected to regulatory restrictions).Indicators that the product is among the best on the market in its category (e.g., has the product been certified as safe or healthy by a credible third-party).Indicators of data gaps that preclude evaluation of the product (e.g., no or inadequate disclosure of product ingredients).

Marketing Green ipsos-green-tech-brands-perceived-green.jpg The Biggest Mistakes Companies Make With Their Customers American consumers don’t feel that their relationships with businesses are improving, according to a new study [download page] from Thunderhead.com. Among the intriguing study findings: one-quarter of customers would switch to a different provider on the basis of a single negative experience, and about 1 in 5 would never re-establish trust in a provider after […] Read more » Radio Listening Gradually Transitions to Digital Platforms Almost one-fifth of weekly radio usage in the US and Canada now occurs on digital sources, according to the 10th annual Techsurvey from Jacobs Media. Read more » Mobile Now One-Third of Google Organic Search Visits Source: RKG [download page] Notes: Mobile’s 33% of Google search visits in Q1 2014 represented only a slight uptick from Q4 2013 (32%), but a more robust rise from 27% share during the year-earlier period. Read more » Cable Companies Now Have as Many Broadband as Pay-TV Subscribers Read more »

Häagen-Dazs - Help the Honey Bees imagine a world without honey bees imagine that world without tasty pears, luscious raspberries, or juicy strawberries. honey bees pollinate one-third of the foods we eat, including many of the ingredients we use to make our pure and simple ice creams, sorbets, frozen yogurts, and bars. unfortunately, honey bee populations are disappearing at an alarming rate. we want to keep these little heroes buzzing. we hope you'll join our mission. the honey bee crisis honey bees work hard to pollinate hundreds of crops, including fruits, vegetables, nuts, and seeds. yet over the last five years, we've lost over one-third of our honey bee colonies nationwide, due to factors such as Colony Collapse Disorder (CCD), an alarming phenomenon that occurs when honey bees mysteriously desert their hive and die. researchers do not know exactly what causes CCD, but they believe there may be many contributing factors, including viruses, mites, chemical exposure, and poor nutrition. get involved

Crawling the Web to Foretell Ecosystem Collapse | Wired Science The Interwebs could become an early warning system for when the web of life is about to fray. By trawling scientific list-serves, Chinese fish market websites, and local news sources, ecologists think they can use human beings as sensors by mining their communications. "If we look at coral reefs, for example, the Internet may contain information that describes not only changes in the ecosystem, but also drivers of change, such as global seafood markets," said Tim Daw, an ecologist at the UK’s University of East Anglia in a press release about his team’s new paper in Frontiers in Ecology and the Environment. The six billion people on Earth are changing the biosphere so quickly that traditional ecological methods can’t keep up. Much of the pioneering work in this type of Internet surveillance has come in the public health field, tracking disease. "Web crawlers can collect information on the drivers of ecosystem change, rather than the resultant ecological responses," they write. See Also:

Tour :: Environmentally Responsible, Economically Sensible Think: Gandhi's Great Salt March. With a community behind you, change is possible. The MakeMeSustainable community provides a virtual space for you to invite peers, share your actions, and encourage others to reduce their impact. Invite and share your sustainable profile and actions with your friends, family, and community.Network with other environmentally concerned individuals locally and online.MakeMeSustainable creates a Carbon footprint for your group, calculating and tracking the total carbon reductions for you and your friends. Connect with businesses in your local area that are taking steps to become sustainable. Previous: Take Action