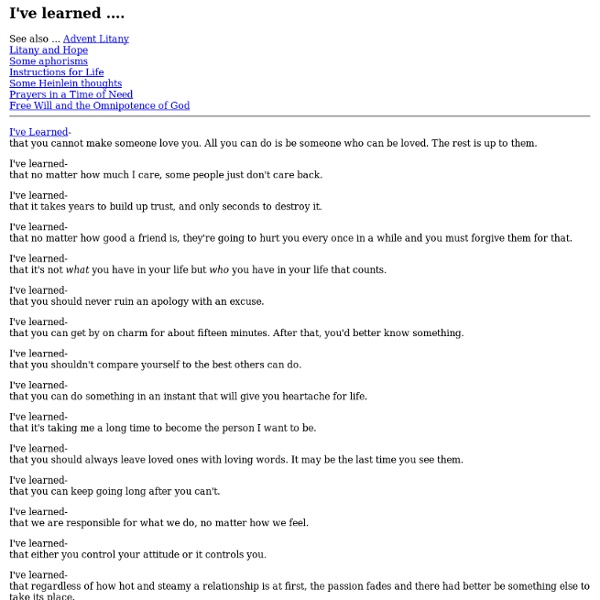 11 Ways to Cure Someday Syndrome | zen habits Editor’s note: This is a guest post from Alex Fayle of the Someday Syndrome blog. Someday Syndrome: not doing what you want to because you don’t know what it is, because you’re procrastinating about it, or because you have too much stuff getting in your way. Everyone suffers from Someday Syndrome at some point in their lives, often catching it repeatedly. For me, most recently, I’d been saying that I really should give running a try without doing anything about it. You probably have something similar going on in your life – a project, a task, a goal – that you just haven’t got around to doing yet. I could quote Nike and say: Just Do It, but if it were that simple Someday Syndrome wouldn’t exist. I decided that here had to be an easier way than waiting for pain to push me into getting over myself and getting on with my goals. 1. Maybe you’re not doing something because in reality, it doesn’t fit with who you are. 2. 3. 4. I have a goal of running 20K next November. 5. 6. 7. 8. 9. 10. 11.

Kurt Vonnegut explains drama I was at a Kurt Vonnegut talk in New York a few years ago. Talking about writing, life, and everything. He explained why people have such a need for drama in their life. He said, “People have been hearing fantastic stories since time began. The problem is, they think life is supposed to be like the stories. Let's look at a few examples.” He drew an empty grid on the board, like this: Time moves from left to right. He said, “Let's look at a very common story arc. It starts with her awful life with evil stepsisters, scrubbing the fireplace. “People LOVE that story! He wiped the board clean and said, “Now let's look at another popular story arc: the disaster.” It's an ordinary day in an ordinary town. But the problem is, life is really like this... Our lives drifts along with normal things happening. “But because we grew up surrounded by big dramatic story arcs in books and movies, we think our lives are supposed to be filled with huge ups and downs! That's why people invent fights.

The Particle Zoo: Subatomic Particle plushies I love LOLcats. I love physics. Mix the two together and I CAN'T STAND IT! 39 Ways to Live, and Not Merely Exist “The proper function of man is to live – not to exist.” — Jack LondonToo often we go through life on autopilot, going through the motions and having each day pass like the one before it.That’s fine, and comfortable, until you have gone through another year without having done anything, without having really lived life.That’s fine, until you have reached old age and look back on life with regrets. That’s fine, until you see your kids go off to college and realize that you missed their childhoods. It’s not fine. If you want to truly live life, to really experience it, to enjoy it to the fullest, instead of barely scraping by and only living a life of existence, then you need to find ways to break free from the mold and drink from life. What follows is just a list of ideas, obvious ones mostly that you could have thought of yourself, but that I hope are useful reminders. 1. 2. 3. 4. 5. 6. 7. 8. 9. 10. 11. 12. 13. 14. 15. 16. 17. 18. I hope you are finding these suggestions useful. 19. 23.

Greening The Ghetto - News Markets Executive Forum 7 traits that separate resilient entrepreneurs from those who just walk away in defeat by Entrepreneurs' Organization Before you start reading this article, take a moment to think about the people you know really well. I recently attended a football game with a few buddies, one of whom was a former EO member named Andre. 5 minutes ago Innovation Students' heart-healing nanotechnology startup vies for $1M by Molly Ryan NanoLinea, a medical device startup based out of Rice University, is hoping its technology stands out at the Rice Business Plan Competition. As one of three Houston companies competing at the April 10-12 event, NanoLinea has the chance to win more than $1 million in prizes. While working on their PhDs with Matteo Pasquali, a chemical and bioengineering professor, three Rice students came to ... 42 minutes ago Hot Shots Bitcoin Congressman unveils legislation to redefine cryptocurrency by Michael del Castillo "This is a nascent industry," said Stockman in a statment.

The Cab Ride I'll Never Forget | Zen Moments - StumbleUpon “Great moments often catch us unawares….” By Kent Nerburn There was a time in my life twenty years ago when I was driving a cab for a living. It was a cowboy’s life, a gambler’s life, a life for someone who wanted no boss, constant movement and the thrill of a dice roll every time a new passenger got into the cab. What I didn’t count on when I took the job was that it was also a ministry. Because I drove the night shift, my cab became a rolling confessional. We were like strangers on a train, the passengers and I, hurtling through the night, revealing intimacies we would never have dreamed of sharing during the brighter light of day. And none of those lives touched me more than that of a woman I picked up late on a warm August night. I was responding to a call from a small brick fourplex in a quiet part of town. When I arrived at the address, the building was dark except for a single light in a ground-floor window. So I walked to the door and knocked. After a long pause, the door opened.

Topic Galleries - Pro wrestlers no longer with us Former professional wrestler The Ultimate Warrior died Tuesday night at the age of 54, becoming the third pro wrestler to pass away this year. The Ultimate Warrior, who legally changed his name to Warrior but was born Jim Hellwig, joins Big Daddy V... The Ultimate Warrior dead at 54 One of the most iconic and best known wrestlers of the past 25 years The Ultimate Warrior — who legally changed him name to Warrior and was born Jim Hellwig — passed away on Tuesday night. Pro wrestlers no longer with us Hit-and-run truck sought in Brevard death The driver of this pickup towing a trailer late Sunday in Cocoa is sought for questioning by the Florida Highway Patrol. Vampires, nudists, snakes: Nobody does wacky like Florida Last week, news broke that a congressional candidate in Gainesville had a secret pastime: impersonating vampires. Gardiner's Coast to Coast bike trail becomes trade bait Lake Brantley vs. It could go one inning. If you go: Orlando Predators vs.

London&amp;#39;s Unpackaged Grocery Shop: No Packaging Whatsoever - GOOD Blog I can't fathom a better way to reduce waste created by plastic bags and other packaging than by eschewing the stuff altogether, which is precisely what London's Unpackaged grocery shop does. WeHeart has more: Beginning life as a market stall in 2006, Unpackaged is a unique and brilliant concept that is so simple it hurts, especially considering the sheer amount of packaging waste that is ridiculously filling our planet's landfill sites. Within the beautifully designed shop, organic whole foods, dried fruit, nuts and seeds, herbs and spices, even refillable oils, vinegars and wines are all available to place straight into your own containers, that you will have brought along with you … if you haven't then reusable bags are available. So simple it hurts.

Unknown title Book of Thoth is a name given to many ancient Egyptian texts supposed to have been written by Thoth, the Egyptian god of writing and knowledge. They include a text that is known and has been translated, many texts that were claimed to exist by ancient authors, and a magical book that appears in an Egyptian work of fiction. Texts that are known or claimed to exist[edit] The Egyptians stored many texts, on a wide range of subjects, in "Houses of Life", the libraries contained within temple complexes. As Thoth was the god of knowledge, many of these texts were claimed to be his work.[1] The Egyptian historian Manetho claimed that Thoth wrote 36,525 books.[2] The church father Clement of Alexandria, in the sixth book of his work Stromata, mentions forty-two books used by Egyptian priests that he says contain "the whole philosophy of the Egyptians". Fictional book[edit] The fictional Book of Thoth appears in an ancient Egyptian story from the Ptolemaic period. In popular culture[edit]

Rediscover the Joy of Coding :: A Double Handful of Programming Quotes I'm busy tidying up a few loose ends with work at the moment, before family arrive for Xmas - and I just haven't have any time for in-depth articles. So instead of my own words, here's a few of my favourites from other people: "Debugging is twice as hard as writing the code in the first place. "There are only two kinds of languages: the ones people complain about and the ones nobody uses "Any fool can write code that a computer can understand. "There are two ways of constructing a software design: One way is to make it so simple that there are obviously no deficiencies, and the other way is to make it so complicated that there are no obvious deficiencies. "Most software today is very much like an Egyptian pyramid with millions of bricks piled on top of each other, with no structural integrity, but just done by brute force and thousands of slaves "Measuring programming progress by lines of code is like measuring aircraft building progress by weight

Easy Herbal Magick Working with herbs is an easy way to learn magic. Here are some herbs that I have used through the years. There are many places on the web to buy fresh herbs and plants. **Before you begin – make sure you are not allergic or sensitive to any of the herbs** If you live with any animals – check with your vet to make sure that what you plant is not toxic to your furry friend(s). Money and Prosperity Benzoin – Burn with cinnamon for business success. Bryony – Use the root and set it on a piece of money to watch your riches grow. Cinquefoil – A great all-purpose herb. High John The Conqueror – Anoint the root with some mint oil and tie up in a green or purple bag to attract needed money. Honeysuckle – Put flowers around green candles to attract money. Poppy – Carry the dried seed-pod as a prosperity amulet. Sage – Burn as an incense to attract money/prosperity. Love and Attraction Apple – Give an apple to a lover as a present, cut it in half and eat one half while your loves eats his or hers.