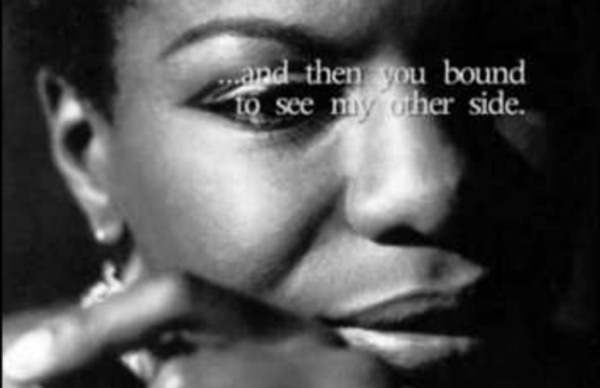 20 Albums To Begin A Journey into Jazz This is for you if you want to a journey into listening to jazz more seriously, or if a friend asks you what jazz records they should listen to in order to appreciate it more fully. It's no good people starting to listen to jazz on the margins; it's like giving a ten year old, Tolstoy's 'War & Peace' to read, chances are they will not make it past the first page. There are some jazz fans that can be awfully snooty about the music they love, they almost try to turn it into a club that refuses to let in new members. Top 100 Best Acoustic Songs Ever -The Greatest of All Time Here is a list of the best acoustic songs ever written. Acoustic music has come a long way over the years, so many are “oldies” and many are “newies.” We are basing this list off of historical album sales, the ever so objective factor of acoustic-ness, but mostly how easily they make us cry.

Latitudes: 10 Favorite Global Music Picks From 2015 Ibeyi: Lisa-Kaindé Diaz and Naomi Diaz. Courtesy of the artists hide caption toggle caption Courtesy of the artists 10 Best Latin Albums of the Year Once the Bolivian ambassador to France, Luzmila Carpio is arguably South America's most prolific indigenous artist. Originally recorded in 1990, the Yuyay Jap'Ina Tapes — translated to "reclaim our knowledge" — began as a collaborative effort with UNICEF to preserve the indigenous Quechua language through song. Excavated and released this year by French label Almost Musique, each song is characterized by brisk, tightly wound rhythms, procured not by drums, but by an ensemble​ of bells, birds, woodwinds and Andean lute​s,​ or ​charango​s. At times it's even hard to discern what sounds like a pan flute and what is actually Carpio's near-piercing falsetto.

12 Jazz Guitar Albums You Should Hear January 5, 2016By Rusty Aceves Grant Green The legacy of the guitar in jazz is rich and extensive, with notable artists hailing from all corners of the globe and all eras of jazz history. From jazz guitar pioneer Eddie Lang, the acoustic gypsy jazz of France’s Django Reinhardt and big band great Freddie Green to the post-bop giants Jim Hall, Grant Green and Kenny Burrell, fusion chameleons Pat Metheny and John Scofield, and genre bender Bill Frisell, guitar players have long been some of the music’s most revolutionary figures.

The most outstanding album covers of 2015 From Ratatat to Snoop Dogg, the world of music offered up some pretty inspired artwork in 2015. Psychedelic, funny or simply stunning, the album covers of the year spoke for themselves. While streaming and downloading have reduced their visual quality, it’s clear that album artwork has not yet had its day. New scientific study confirms the obvious: Freddie Mercury had an unparalleled singing voice Regardless of what they might think personally about Queen, most rock critics and music fans alike recognize the immense vocal talent that was the great Freddie Mercury. Still, in case there was ever any doubt, new analysis of both Mercury’s singing and speaking voices has shed fresh light on just how special his pipes really were. A group of Austrian, Czech, and Swedish researchers conducted the research, the results of which were published on Friday in Logopedics Phoniatrics Vocology (via AlphaGalileo). While they couldn’t confirm the long-held belief that Mercury’s range spanned four full octaves, they did discover some interesting tidbits about the expanse of his voice. For one, despite being known largely as a tenor, he was more likely a baritone.

The Science Behind Why Freddie Mercury's Voice Was So Damned Compelling Scientists have studied the voice and vocals of one of the greats of pop music, Freddie Mercury of the band Queen. And the results? 1) He used subharmonics in a way that very few people can. 25 best post-Donuts instrumental hip-hop mixtapes So why post-Donuts? Donuts is a somewhat arbitrary point to single out, but it can be used as a convenient marker on the timeline of independent hip-hop. In our list of the 100 best indie hip-hop records, Donuts was set as a cutoff because it felt like the last really significant release of that era. Early '80s Disco On the night of July 12, 1979, wedged between a double-header between the Detroit Tigers and Chicago White Sox at Comiskey Park, local radio station WLUP staged a stunt called Disco Demolition Night. After a crate of disco records on the field were ceremoniously blown to bits, the event then turned into a proper demolition, with drunk fans starting a riot, tearing up the sod and causing the White Sox to forfeit the game. But just as those records were smoldering in Chicago, the recently opened Paradise Garage was entering its prime in New York City; for the legions of faithful dancers who packed the one-time parking garage each and every weekend to lose themselves in Larry Levan’s now-legendary DJ sets, disco was as big as ever. As 1979 turned into the ‘80s, disco as excessive fashion zeitgeist—with its platform pumps, silver spoons, and polyester suits—was extinct. But while no one wanted to do “disco” anymore, everyone wanted to be heard on the dancefloor.

Guide to Upcoming Releases: Winter 2016 Welcome once again to the Pitchfork Guide to Upcoming Releases, our seasonal guide to new music. Four times a year, we round up a list of albums, singles, EPs, reissues, and more arriving over the coming months. This installment covers winter 2016. It Felt Like Love (2014) - Soundtrack.Net MEDICINEWritten and performed by Mic GalperProduced by Philly BluntsInspired by Oksana Tsygankova WAVVYWritten and performed by Mykki BlancoProduced by BrenmarCourtesy of UNO NYC SALSA FIREPerformed by Art MunsonComposed by Arthur H. Munson (BMI) and Robin Brourman Munson (BMI)Published by Alliance AudioSparx (BMI)Courtesy of StockMusicSite.com S.C.O.S.A.Performed by Flatbush ZombiesComposed by Erick Arc ElliottPublished by: Erick Arc Elliott (Erick The Arc Elliott/ASCAP), Demetri Simms (M. Darko/BMI), Antonio Lewis (Princeton Lewis/BMI)Courtesy of Electric Koolade Records

Six Live Electronic Music Albums That Are Better Than Being There Photo by Camille Blake At the tail end of October, Autechre fans were treated to an unprecedented bounty: AE_LIVE, a concert album comprising not one but four live sets from the duo—Krakow, Brussels, Utrecht, and Dublin—all recorded late last year. Then, in December, five more from 2015 (Krems, Nagano, Grafenhainichen, Dour, Katowice) became available. It's a lot to process, but then, for Autechre fans, bewilderment just kind of comes with the territory.