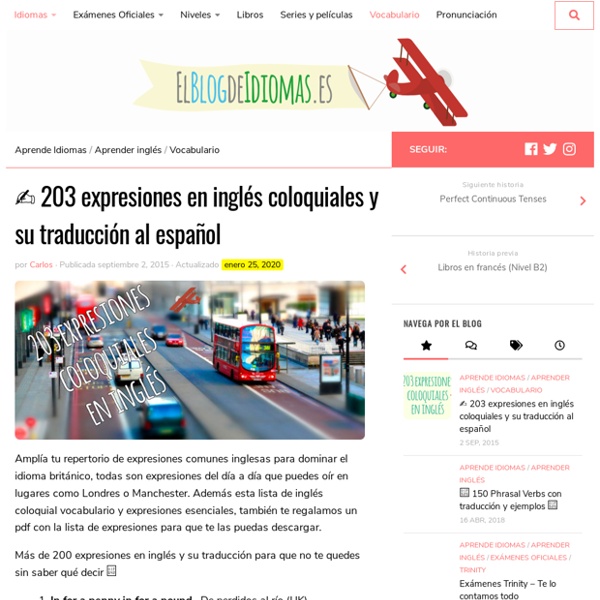 ESL TEDTalks A nice site from Doug Evans with lesson plans based on TED Talks: ESL TEDTalks. I’ve only looked at the first two – “Superheroes inspired by Islam” and “My Green School Dream”, so I’m not sure if the lesson plans all follow a similar pattern to these two. Doug has basically taken the TED talks and used them for listening tasks: primarily detail listening / specific information finding or general comprehension. The general comprehension also work a little more with vocabulary and language than they do possibly with listening development.

Talk2Me English : How to order pizza - Elementary level lesson plan 8. Role-play: Objectives: Student A: To place an order for pizza, within a budget. Student B: To deliver the correct order to the customer.Equipment: Two phones/two menus/toy money/sheet of paper/pen Get students into pairs and make sure they each have a telephone (mobile phone or toy).

The Origin of the Nerd Introduction In the little more than a decade since I created my original web page here about the origin of the word nerd, it has grown considerably, in part due to various controversies about the word's origins as well as to new information and speculation about its history. My views on the term's origin have not changed much, as you can see by the fact that Dr. Seuss's Nerd has joined me in the page's icon (assuming that you're not viewing the page in the "Full Width" style), but it does seem like time to reorganize the material. The factor that made me decide that nerd might be a label worth reclaiming was its early association with Dr. Seuss.

Drawing on Drawing Games Part Two – Picture Dictation Another recycled article of mine from Modern English Teacher magazine. As with the game Pictionary which is dealt with in Drawing on Drawing Games Part One, Picture Dictation is a very well known and popular game that I am going to look at some variations on and alternative uses for. I therefore hope that this article will be useful both for those who haven’t used this game before and for those who’d like to use it in different ways. I will also explain how to make sure that Picture Dictations work well every time you use them – and as you will see, there are many different times when you could! In the “traditional” version of a Picture Dictation, the teacher or a student takes a drawing or draws something themselves without anyone else being able to see.

Dr. Rod Ellis: TESOL Written Corrective Feedback - matbury.com Professor Rod Ellis, gave a presentation which is available on YouTube.com. In it, he focuses on written corrective feedback. I’ve written a basic summary below. Get a drink, a snack, your notebook, make yourself comfortable and enjoy an allusive, informative explanation of the current state of affairs regarding written corrective feedback; the types and strategies, what we know, what we don’t know and what we should do.

English Vocabulary for Food Allergies Do you have a gluten intolerance or any dietary restrictions? Do you hear friends or family talking about food allergies? Chances are that you have heard people talk about food issues, and this is because it has become such a common topic of conversation. We’re talking about how Americans tend to keep developing food aversions and restrictions. You will learn how to talk about these food issues, so whether you have them or not, you will know how to discuss them in conversation. Make sure you understand every word you hear on All Ears English.