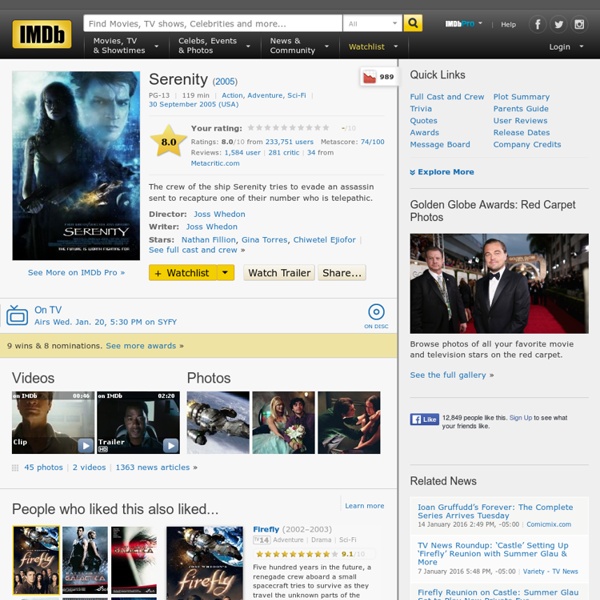 Are Space And Time An Illusion? Every event in the past, present and future have already happened. We just happen to be traveling through the events on our own linear timescale. If you're still struggling to comprehend this unintuitive idea, then think about this analogy that Perez-Giz uses in the video: "Imagine we're all reading a flipbook made of graph paper. Everyone agrees on the story, but we don't agree on which page numbers each event happens on, how many pages there are between events or the order of some of those events. Except that we are all reading the same book." The phenomenon of measuring different time scales for the same event is discussed in the following mind-boggling video by Gabe Perez-Giz below: Read this next: Lab Worker Accidentally Infects Himself With Smallpox-Like Virus

How to Make Infused Water | Tips for Making Your Own Flavored Water This year, I’ve made it a goal to drink more water. That sluggish, headachy, a little “off” feeling seemed to hit me when I wasn’t properly hydrated. To make the resolution stick, I’ve had to go beyond ‘trying to remember’ to drink more and take specific actions to make it a habit. First, I bought my own special water bottle and started carrying it with me wherever I go. We know sugary drinks aren’t good for us because they are high in calories, and they don’t really hydrate us all that well. Believe it or not, you really can infuse water easily with fruit, vegetables, herbs and spices. You can infuse water with any number of herbs, spices, edible flowers, fruit and even vegetables! Gather ingredients I like to use large glass bottles or jars with lids. Be patient Let the water sit for a few hours to allow the flavors to infuse. Drink + refill Pour a glass and enjoy! Here are 5 of my favorite flavor combinations. 1. 2. If you don’t have cilantro, then use mint or basil instead. 3. 4. 5.

Homemade Tonic Water for the Ultimate Gin and Tonic - Pinch and Swirl I believe we’ve done the work to call this the ultimate Gin and Tonic recipe. After several attempts to make an exceptional homemade tonic syrup – including this famous recipe from Jeffrey Morgenthaler, and this one from Lottie + Doof, via Tony Cecchini and the NYTimes – Keith and I were unsatisfied. In all cases, we liked the tonic, but we didn’t love it. Our biggest complaint – we couldn’t taste the gin. Gin is divisive, isn’t it. Do you know anyone who’s on the fence about it? After each attempt at a homemade version, we would end up back with our favorite store-bought tonic, Fever Tree Naturally Light Tonic Water. We started the experiment to create our own recipe with 3 criteria: The syrup had to be delicious, but subtle enough to accentuate, not overpower the gin flavor.It had to be cold extracted because cooked citrus zest tastes, well, cooked.It needed to be just barely sweet and pleasantly bitter. The first version had just citrus zest and lemongrass. I was wrong, sort of.

Fever-Tree Ingredients, Natural Quinine, Best quinine, Quinine, Ginger, Natural Ginger, Gin & Tonic The discovery of this ginger from the Ivory Coast was a real 'eureka' moment for Charles and Tim. Unlike any other ginger, it has an incredible lemongrass freshness to its aroma due to the oils being extracted as soon as the ginger is harvested. Charles has visited the farmers in the Ivory Coast who are cultivating this unique ginger and distilling the oils specially for Fever-Tree. Read more about his story on the 'Latest' part of the website. Drinks: Ginger Ale, Ginger Beer, Naturally Light Ginger Beer The ginger that we source from Nigeria has an aromatic intensity to it that adds depth to the ginger flavour. Uniquely rich and earthy, almost chocolatey in its aroma, this ginger complements the flavour notes in the Nigerian ginger and Fresh Green ginger perfectly. To capture the finest elderflower flavour, we source hand-picked flowers from a small Gloucestershire farm on the edge of the Cotswolds. Drinks: Elderflower Tonic Water Drinks: Lemon Tonic, Sparkling Lemon

Faster-Than-Light Travel: Are We There Yet? Long before the Empire struck back, before the United Federation of Planets federated, Isaac Asimov created Foundation, the epic tale of the decline and fall of the Galactic Empire. Asimov’s Empire comprised 25 million planets, knit together by sleek spaceships hurtling through the galaxy. And how did these spaceships cross the vast gulf between the stars? Travel through ordinary space could proceed at no rate more rapid than that of ordinary light… and that would have meant years of travel between even the nearest of inhabited systems. What the heck is Asimov talking about? Nothing goes faster than light. You Can’t Beat The Speed Of Light The problem is that as far as we know, faster-than-light travel is impossible, making galactic empires, federations, confederacies and any other cross-galaxy civilizations impossible. Everyone knows what the Enterprise is doing when it does this: Warp drive, Mr Scott. Or when the Millennium Falcon does this: I’m going to make the jump to light speed!

15 Tricks For Getting Way Better Smartphone Battery Life There's no reason your charge should run out before bedtime again In theory, modern smartphones can last hundreds of hours on a single charge. Hundreds of hours, that is, until you actually start using the things. In practice, today’s top phones will squeeze out about 20 hours at best. In the chart below, note the more realistic estimates for battery life in popular phones. While “Talk Time” traditionally means “number of hours you can chat on your phone on a single charge,” the figure doubles as a rough approximation for “any active use,” such as texting and web browsing. But even these numbers are inflated. With that in mind, we rounded up research across the web and tested both Android and iOS phones to pin down battery saving tricks that actually work. Notes: this list will cover battery saving techniques for both iOS and Android (sorry, Windows Phone). This guide is current as of Android Lollipop and iOS 8. 1. Closing apps on iOS and Android On Android, go to Settings —>Apps. 2. 3. 4.

The top 10 portrayals of Sherlock Holmes It was 125 years ago that a young Scottish physician called Arthur Conan Doyle wrote some stories about a master detective, mainly to amuse himself between appointments at his surgery. His creation, Sherlock Holmes, loosely based on his mentor, forensic surgeon Joseph Bell, first appeared in the 1887 Beeton’s Christmas Annual, in a story called A Study In Scarlet. The maverick detective has since appeared numerous times in films and on television, portrayed by a cornucopia of eccentric actors from around the world, though chiefly from Britain and America. The iconic image of deerstalker, pipe and tweed overcoat was a gift to comedians, and consequently, Holmes has been embodied by (amongst many others), Buster Keaton, Peter Cook and John Cleese. This top ten concentrates on actors who’ve played Sherlock Holmes in drama. It was no easy task to identify a top ten. 10. Norwood played Holmes in 47 silent films, modelling himself on the classic illustration of the detective by Sidney Paget.

story identification - Looking for space series with sailing ship - Science Fiction & Fantasy Stack Exchange I know of two possible answers (other than Jayce given by another user). First Answer That could be Captain Harlock (also called "Captain Herlock" in UK or "Albator" in France). He is a space Pirate or Privateer. The series was created by Leiji Matsumoto. Added after 2 comments His ship called Arcadia (sometimes Atlantis) came in several different version, but essentially a green or blue type. Second Answer There is actually a space ship in the form of a sailship with sails in the Star Fleet (in 2 words, not one) series, aka Bomber X. The date is 1982.